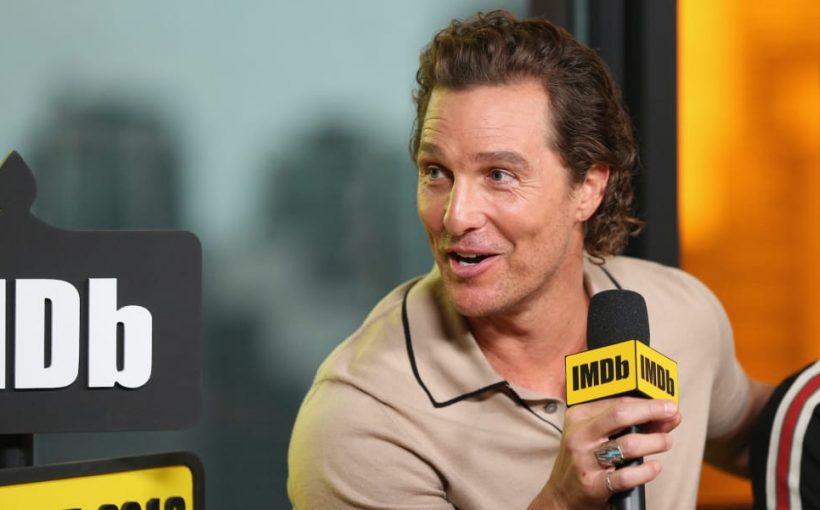 They say real life is stranger than fiction, and when it comes to Matthew McConaughey that is certainly the case. Why? Well, as the actor recently revealed, he once saved his son from a ram.

The revelation came about during a round of “True Confessions” on The Tonight Show Starring Jimmy Fallon — the segment is a game in which players take turns guessing whether or not other players’ stories are true. And McConaughey’s story was simple: “I [once] got charged by a mountain ram at the edge of the Grand Canyon and had to throw my 6-month-old child 15 feet through the air — to my wife — to save him."

After a minute of questions by Fallon himself and The Roots’ Tariq Trotter, Fallon determined McConaughey’s story was true and Trotter determined his story was a lie. But as McConaughey quickly revealed, the story was an absolute fact.

"You know what? That is 100 percent true," McConaughey said.

According to McConaughey, he and his wife, Camila Alves, were enjoying a picnic with their eldest son, Levi, now 10, and their dog when a ram appeared. Since the dog was provoking the ram, McConaughey shooed the animal away before tossing then-6-month-old Levi to his wife, who was on the other side. But McConaughey was still in the beast’s path, so he did what anyone would do: He hid behind a bush.

“I grabbed this little branch and I get behind it and it’s this cherry bush, and it’s about as big as my pinky, and I’m like, ‘This is not gonna save me at all,’” McConaughey explained. “And so I squared off and just tried to go as Yoda as I could with this ram and just say, ‘Not me, whatever it is,’ and he was kicking dirt and everything,” the actor explained.

Eventually, the ram ran off, and it was then that McConaughey realized why the animal was so aggressive: “His harem was on the other side. We were between him and all his ladies and he didn’t want any other male scent on his mountain," and who can blame him — especially when that man is Matthew McConaughey.

So, whatever you do, remember: Rams are real, they can be aggressive, and sometimes babies do fly.*

*SheKnows does not condone or advise tossing your child.