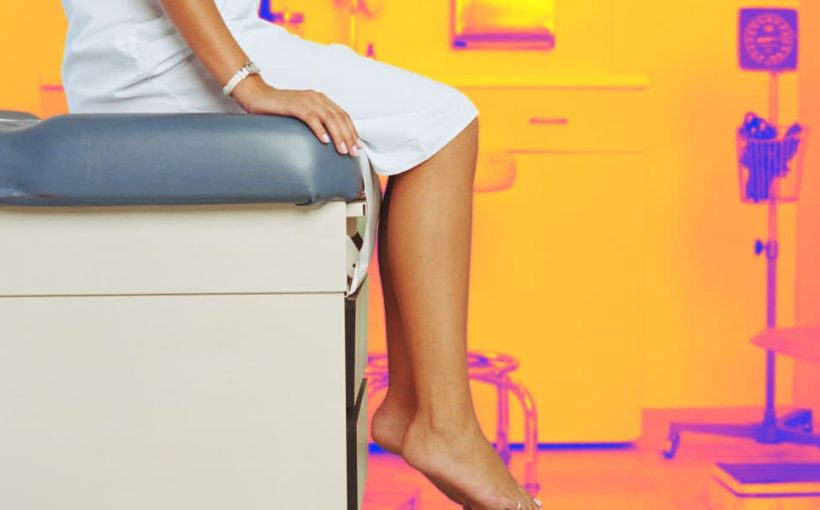 Recently, I had my ovarian reserve tested on a whim. I’d gone with a few coworkers to a fertility pop-up near Madison Square Park in Manhattan, where a bright yellow truck sat proudly in the sunshine, encouraging the women of New York City to take their future into their own hands. On paper, we were doing research for a client of ours at the office. In practice, we were there to see what our futures had in store for us.

I’ve never been one of those women who knows deep down in her soul that she’s meant to have children. I like kids, and I’ve always imagined I’ll have a family someday, but not in that deep, gut-wrenching, feel-it-in-my-bones kind of way. My heart doesn’t skip a beat every time I see a cute baby bounce by in a stroller, and I’m more likely to swoon over a kitten than a toddler.

In my early 20s, when I first moved to New York and set off on the task of becoming myself, I felt that the world was my oyster, that I had nothing but time. Now, at 32, I’m staring down the cold hard truth: that my body won’t be fertile forever, and that if I want kids, perhaps I should get to it. But as a single woman with no romantic prospects in sight, the odds are slim unless I intend to do this thing on my own.

And so it was that I found myself standing in the blistering heat of late August signing my name on an iPad agreeing to have my blood drawn and tested for AMH levels — a hormone that’s thought to signify fertility (or lack thereof). Two tubes of deep red blood later, I was sent on my way, a Band-Aid taped over a teeny-tiny hole in my skin. I was told I’d receive my results via email within a week or two.

Ten days later, I stepped out of an early morning workout class and saw I’d missed three calls from an unknown New York number. Intrigued, I swiped to unlock my phone and tapped the number. When I reached the doctor, she told me she was calling with my AMH test results.

AMH levels range from 1 to 6 — 6 meaning your ovaries are in near-perfect working order, producing eggs left and right; 1 meaning you could very well have trouble getting pregnant.

I listened as the doctor gave me this information and asked me if I was on birth control.

“Not currently,” I answered. “I haven’t exactly been sleeping with anyone regularly, so it doesn’t seem worth it…”

I trailed off, then barked out a bit of nervous laughter, imaging judgment on the other side of the phone.

“Do you get your period regularly?”

“Interesting. If you were on any form of birth control, I’d wonder if there was some sort of hormonal imbalance at play here, but given that you’re getting your period naturally each month, I don’t think we need to worry about that.”

I waited, all of a sudden both terrified that I had a subzero number and wanting desperately to hear that my number was off the charts amazing. I was surprised how much I wanted more than anything to be some sort of fertility teacher’s pet — to hear that it was OK, that I had time.

"This makes you an excellent candidate for egg freezing," the doctor continued, "and you know, if you’re not ready, maybe you want to travel, maybe you’re waiting for Mr. Right, maybe you’re focused on your career…”

Suddenly, I felt like I had all the time in the world.

"Like I was saying, I’d highly recommend you consider egg freezing. As you know, the number of eggs drops rapidly after 35. You’ll never have as many as you have right now. I’d be happy to set up an appointment for you.”

I walked into my neighborhood coffee shop like I was walking on water. I was a 6.5! I’d never seriously thought about freezing my eggs before — or, to be more accurate, when I had thought about it, I had indeed felt like I had time to decide. Like I wasn’t ready.

When I told this to a friend later that day, she laughed and told me I’d better be careful. After all, 6.5 meant I could be popping out babies left and right if I only tried. I recalled that my mother — a lesbian having a child via artificial insemination before doing so was even remotely a thing — had given birth to me at 36 and that she’d gotten pregnant on “the first shot.”

All of a sudden, in a sea of canceled first dates and unasked-for dick pics and too many right swipes to count, I felt it: a tiny trickle of hope in the corner of my heart. Perhaps this was the universe telling me it was OK that I hadn’t had a serious boyfriend… well, ever. That it was OK that no one ever chose me, OK that I felt light-years behind the countless friends I’d escorted down the aisle while holding back happy/sad tears.

Perhaps it was the universe saying that my time was coming; it just might be coming a bit later than everyone else’s. I wondered: Was this a sign that I should freeze my eggs? Buy myself some time to “find Mr. Right” as the kind doctor had counseled? Or was it a sign that my body — this space that I live in and breathe in every day, the one that takes all the blows I throw at it and still comes out the other side — was there for me in a way that no kind of medical intervention could be?

AMH isn’t by any stretch of the imagination the only indicator of fertility. It’s not a promise that you’ll get pregnant, that you won’t miscarry, that you’ll give birth to a healthy bouncing baby boy or girl. But it’s something. To me at least. It’s a reminder that my life and my body move at their own pace, irrespective of those around me.

And until then, I’ll carry a little number around in my head and in my heart: 6.5.