“I got to hold little Archie, the baby,” the Ellen DeGeneres Show host, 61, revealed on the Monday, September 9, episode. “I fed Archie, I held Archie. He weighs 15 pounds, which, the exchange rate, I believe, is 17 dollars here. You want to see a picture of him? I was hoping you’d say no because I don’t have one … but I did draw a picture of what he looks like.”

The Seriously, I’m Kidding author added, “He looks like Harry. He has a body, but I just did the face for y’all. He actually has a perfectly circular head, just like Harry, and he had more hair than I did at the time.”

Last month, a source told Us Weekly that the Duke, 34, and Duchess of Sussex’s son “has started to grow tufts of hair and they are reddish.” The insider added of the 4-month-old: “He is changing so quickly, but it looks like he’s going to have his dad’s hair color.”

DeGeneres tweeted in August that she and wife Portia de Rossi met the royals in Windsor, England, to “talk about their work on wildlife conservation.” She called the couple the “most down-to-earth, compassionate people.” 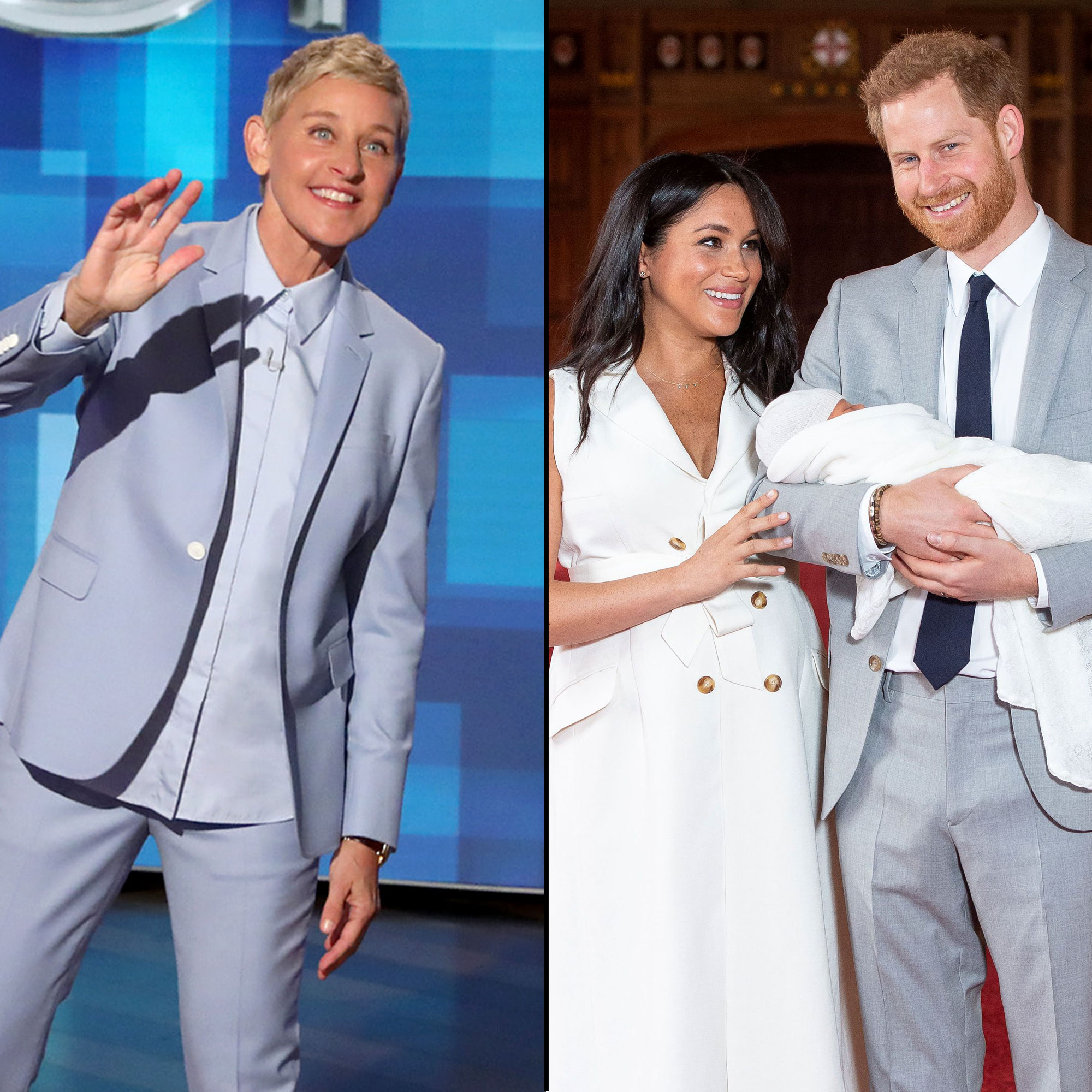 The former military pilot and the Suits alum, 38, welcomed their baby boy in May. At the end of this month, the little one and his parents will embark on their first official trip as a family.

In August, Harry shared his excitement for the upcoming trip on Instagram, writing, “In just a few weeks our family will be taking its first official tour to Africa, a region of the world that over the past two decades has been a second home to me. Our team has helped create a meaningful programme that we’re so excited to share with you. On a personal note, I can’t wait to introduce my wife and son to South Africa! We’ll see all of you very soon.”