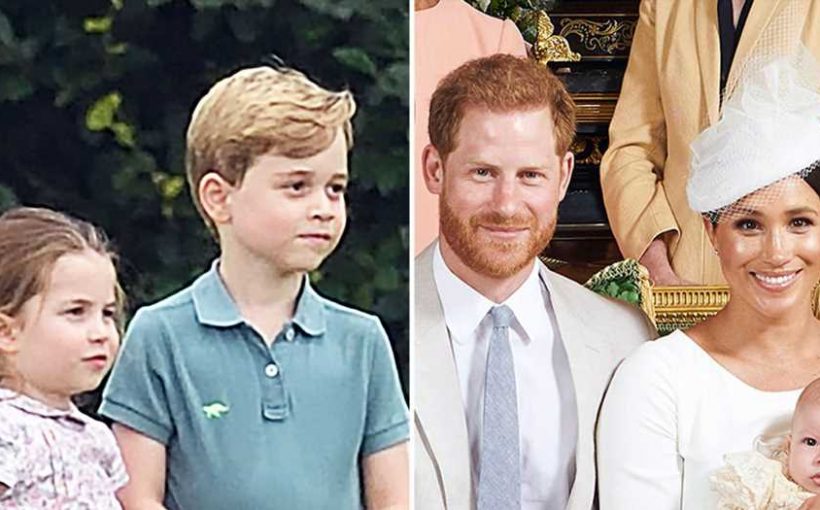 So sweet! Prince George and Princess Charlotte have already bonded with their cousin Archie Harrison Mountbatten-Windsor.

“They dote on him,” a source tells Us Weekly exclusively of Prince Harry and Duchess Meghan’s 2-month-old in this week’s issue. “Charlotte treats Meghan and Harry’s son like a little doll and is always asking after him.” 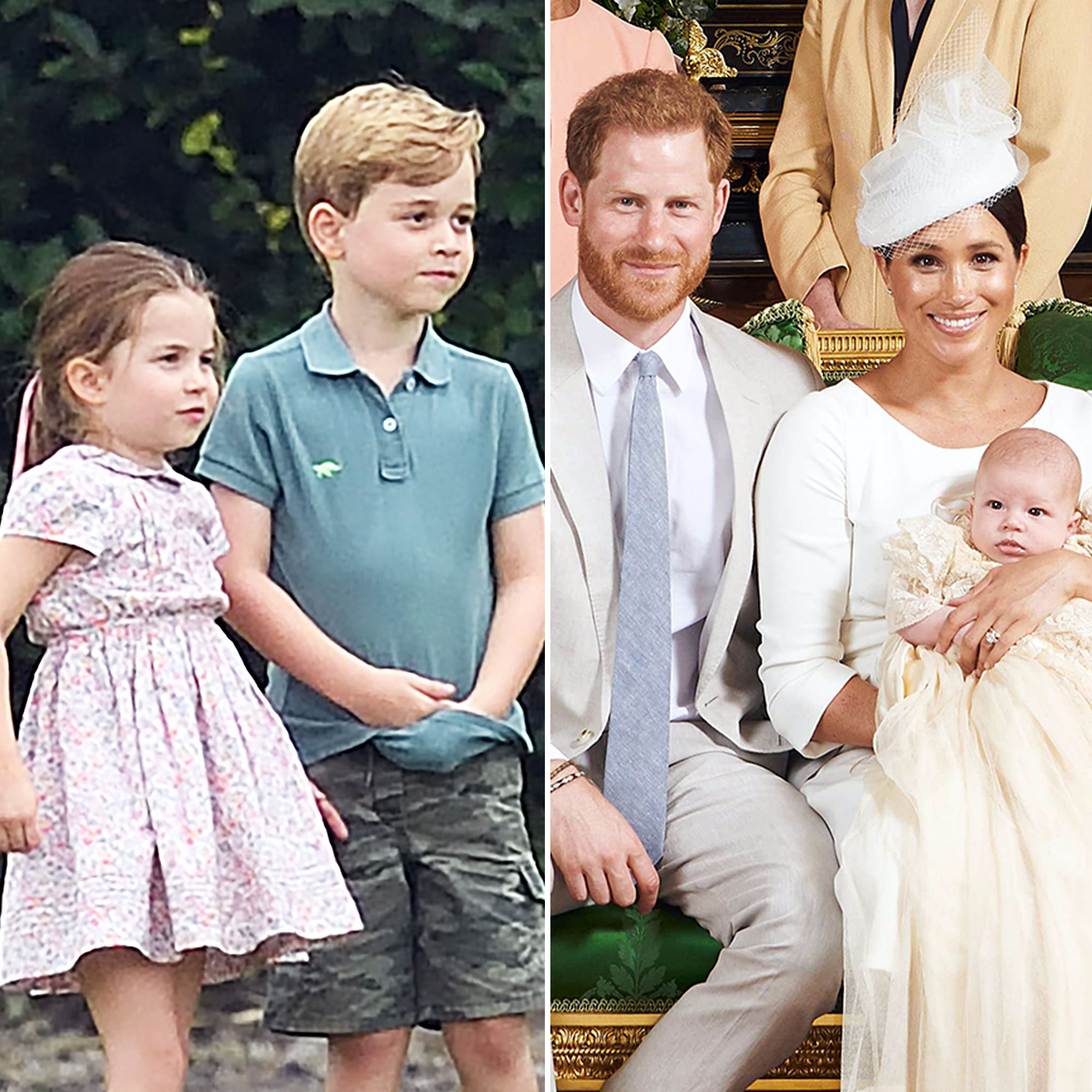 And when it comes to playing with their 14-month-old brother, Prince Louis, Prince William and Duchess Kate’s eldest “include him in their activities.” 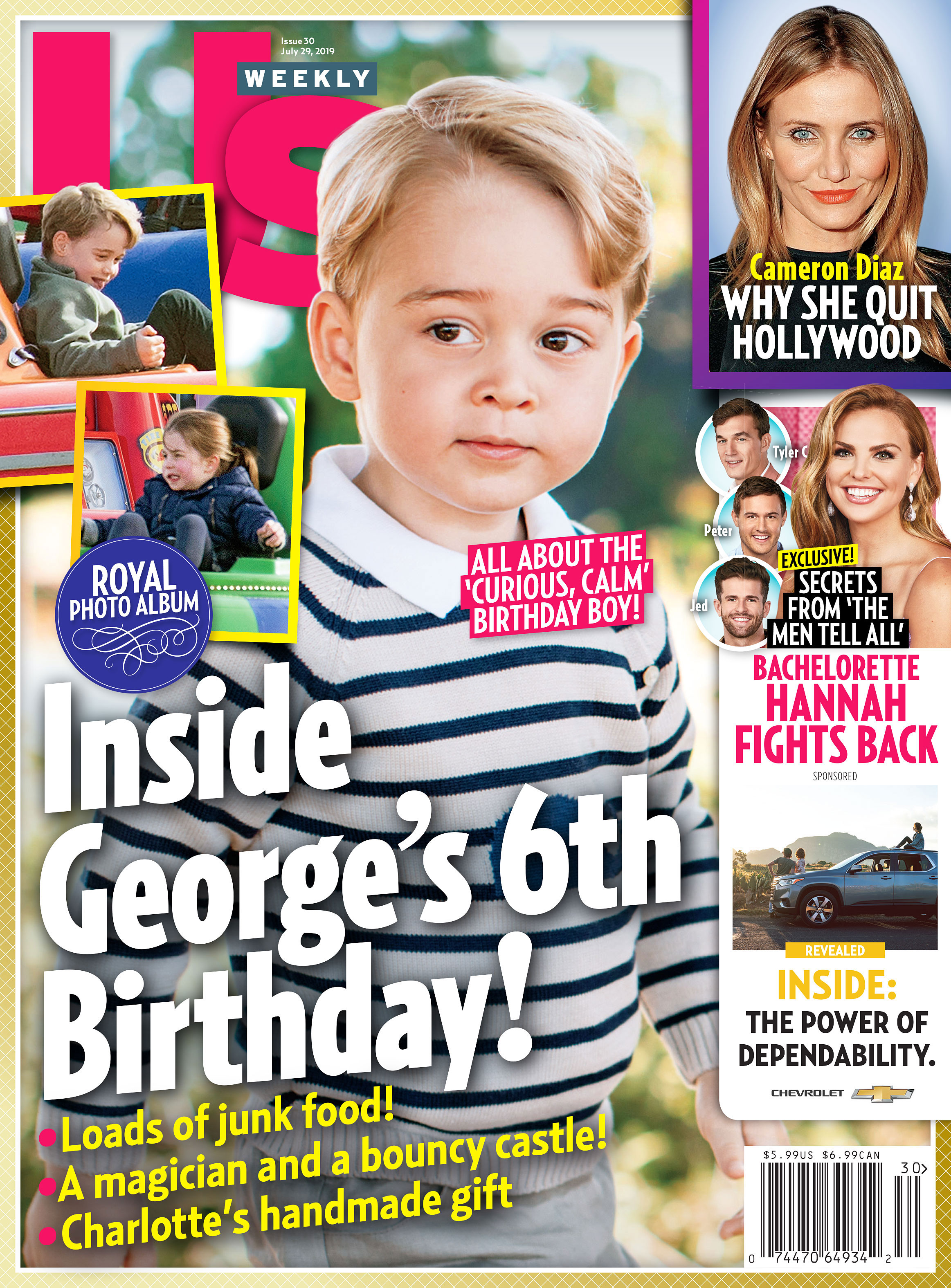 The royal trio “have a blast playing together,” the insider adds — but what do they like to do? “Charlotte’s a bit of a tomboy and loves climbing and sports,” the source tells Us. “Although Charlotte’s much bossier than George, she looks up to him. They squabble over small things like toys, but the majority of the time they get along.”

Last month, another source revealed to Us exclusively that Archie attended the Trooping the Colour parade, where he had a chance to “meet some of his cousins.”

The insider went on to say, “The reason Harry and Meghan didn’t appear on the balcony when the Queen returned back to Buckingham Palace was because she was breast-feeding. … She has spent almost every moment with him and saying goodbye [before the parade] was very difficult. But Meghan truly wanted to be at the celebration for the queen.”

The Suits alum, 37, and the former military pilot, 34, welcomed their baby boy in May. As for Archie’s cousins, George will celebrate his sixth birthday on Monday, July 22, while Charlotte and Louis turned four and one this year, respectively. 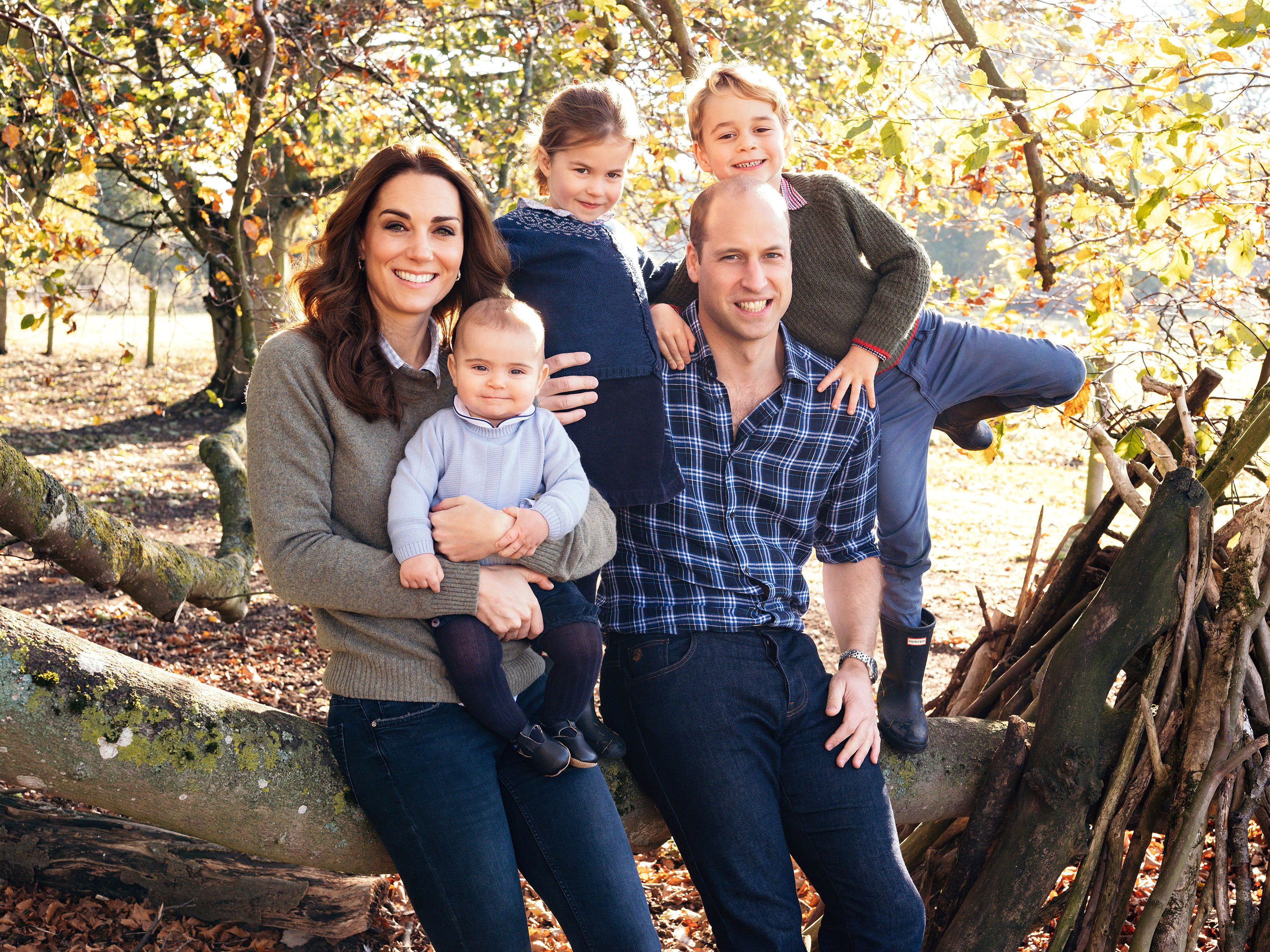 For more on the next generation of the royal family, check out the video above and pick up the newest issue of Us Weekly, on newsstands now!

With reporting by Natalie Posner