Home » Health Problems » Who you see matters: Stroke patients benefit more from observing their own hand movements during therapy 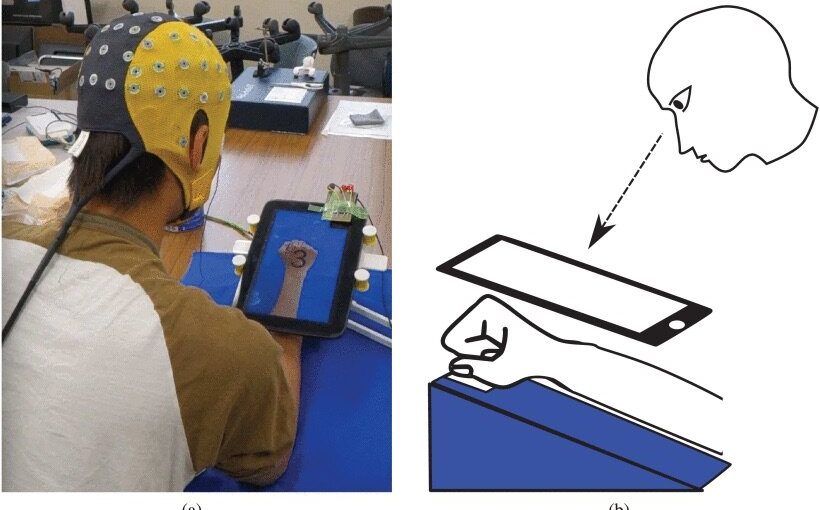 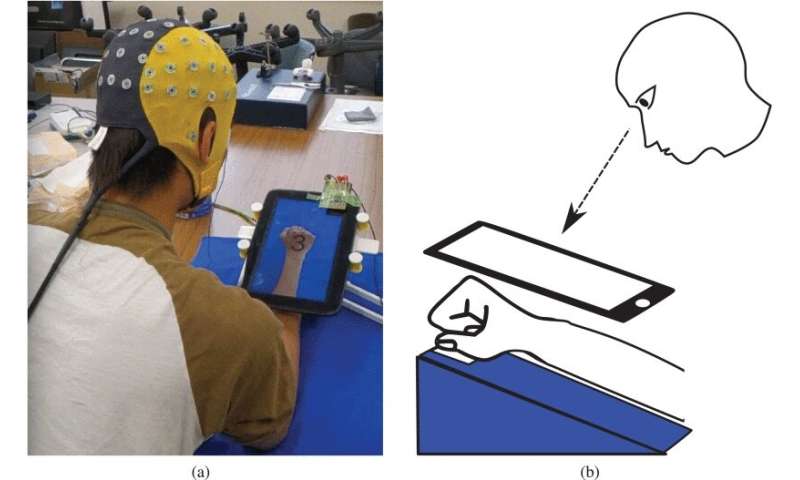 Japanese scientists at Tokyo University of Agriculture and Technology (TUAT) have found that for stroke patients, observing their own hand movements in a video-assisted therapy—as opposed to someone else’s hand—could enhance brain activity and speed up rehabilitation.

Their findings were first made available online in May and published in the July 7, 2019 issue of IEEE Transactions on Neural Systems and Rehabilitation Engineering.

A stroke is caused by obstruction of blood flow to the brain and can leave a patient paralyzed. Brain plasticity, where a healthy region of the brain fulfills the function of a damaged region of the brain, is a key factor in the recovery of motor functions caused by stroke. Studies have shown that sensory stimulation of the neural pathways that control the sense of touch can promote brain plasticity, essentially rewiring the brain to regain movement and senses.

To promote brain plasticity, stroke patients may incorporate a technique called motor imagery in their therapy. Motor imagery allows a participant to mentally simulate a given action by imagining themselves going through the motions of performing that activity. This therapy may be enhanced by a brain-computer interface technology, which detects and records the patients’ motor intention while they observe the action of their own hand or the hand of another person.

“We set out to determine whether it makes a difference if the participant is observing their own hand or that of another person while they’re imagining themselves performing the task,” said co-author Toshihisa Tanaka, a professor in the Department of Electrical and Electrical Engineering at TUAT in Japan and a researcher at the RIKEN Center for Brain Science and the RIKEN Center for Advanced Intelligent Project.

The team found meaningful differences in EEG measurements when participants were observing their own hand movement and that of another person. The findings suggest that, in order for motor imagery-based therapy to be most effective, video footage of a patient’s own hand should be used.