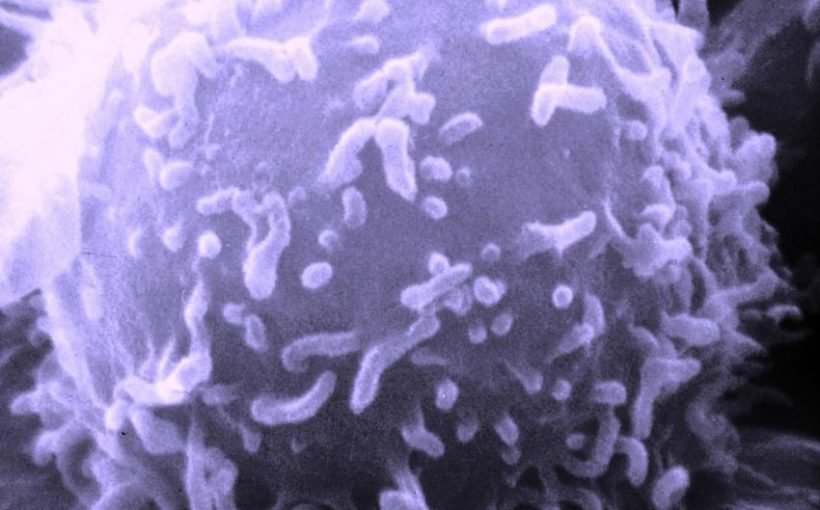 The study, published in Nature Immunology, reveals that Gamma Delta T cells possess a unique two-pronged device, allowing them to double-check whether the body’s cells are healthy or dangerous before deciding whether to kill them. Moreover, they can do this without relying on ‘authorisation’ from other immune signals.

“These maverick immune cells act as judge, jury and executioner, identifying and killing potentially dangerous cells in the body,” says Professor Adrian Hayday, whose teams at the Crick and King’s led the latest study. “This discovery was a huge surprise. It fundamentally changes our understanding of how the immune system makes critical judgement calls about when to act and when to hold back. This could open up exciting possibilities for treating disease.”

Adrian is working with GammaDelta Therapeutics, a spin-out company that he co-founded, together with the Crick, King’s and Cancer Research UK, to apply the findings clinically. The company has a $100 million collaboration with pharmaceutical giant Takeda to develop new treatments using these unique cells, with the aim of starting human trials within two years.

“We’re not only looking at how to harness Gamma Delta cells to tackle cancers, but we’re also investigating their role in autoimmune conditions such as inflammatory bowel disease,” says Adrian. “The prospect of tuning them to be less forgiving of tumour cells or more forgiving of healthy cells is genuinely very exciting.”

For the past two decades, it has been dogma that the immune system is made up of two distinct subsystems: the ‘innate’ immune system, which offers us broad protection by detecting when things simply aren’t normal; and the specialised ‘adaptive’ immune system which can discriminate and respond to very specific threats. The new study challenges this view, providing the first direct evidence that a single protein on a single cell type can perform both functions, detecting when things aren’t normal and then mounting a specific response.

Equipped with these unprecedented capabilities, Gamma Delta T cells patrol for pathogens or dangerously mutated cells arising in expansive body tissues, such as the skin and the gut. The new research found that the cells use two different checks to make sure they don’t kill a healthy cell: checking if the cell looks dangerous but also whether it is nonetheless functioning normally. For example, if the Gamma Delta T cells see a gut cell that appears slightly mutated, but that is still normal by many other criteria, they will likely leave it alone. Without this type of check, the immune system could unleash uncontrolled attacks on healthy tissue.

The findings are the result of intense work investigating gamma delta T cells from the guts of mice and of humans, alongside advanced computational modelling. The interactions happen at such a small scale that they are impossible to observe directly, so Adrian worked closely with Dr. Paul Bates who runs the Biomolecular Modelling Laboratory at the Crick.

“Adrian’s lab provided data which we fed into computer models, giving us a more detailed picture of what’s going on at the molecular level,” explains Paul. “We used the models to predict the molecular mechanisms by which the Gamma Delta T cells were functioning, and these predictions could then be tested and validated in the lab. It’s a real testament to the power of collaboration and working together under one roof here at the Crick.”

The analysis showed that Gamma Delta T cells are highly adaptable and can learn to tackle specific threats such as cancer cells. It also revealed that the signs of ‘normality’ they look for depend on the tissue that they’re in; when the cells sit in the gut, they spare cells behaving like normal gut cells, whereas they seemingly use other scores of normality to make judgement calls about cells in the skin.