Home » Health Problems » Too many antioxidants may cause lung cancer spread 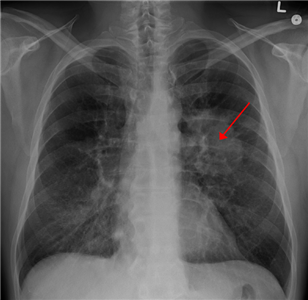 A new study explains why lung cancer spreads faster in patients with certain genetic changes, and suggests that taking vitamin E, long thought of as preventive, may cause the same spread.

Led by researchers at NYU School of Medicine and Perlmutter Cancer Center, experiments in mice and human tissue revealed how mechanisms that protect cancer cells from the byproducts of their own aggressive growth are connected by the protein BACH1 to cancer cell migration and tissue invasion.

Published online on June 27 in the journal Cell, the study results reflect the nature of cancer cells, which arise in one place, but often spread (metastasize) and take root elsewhere. Lung cancer metastasis is the leading cause of cancer death in the United States.

About 40 percent of lung cancers are adenocarcinomas, which form from mucous-producing cells, and which have already spread beyond lung tissue in 22 percent of cases by the time they are diagnosed.

“Our results finally clarify the web of mechanisms surrounding the BACH 1 signal, and suggest that an already approved drug class may counter cancer spread in about 30 percent of lung adenocarcinoma patients,” says senior study author Michele Pagano, MD, chair of the Department of Biochemistry and Molecular Pharmacology at NYU School of Medicine.

The Price of Fuel

The newly published work revolves around random changes, called mutations, which occur continually throughout the DNA code. While many are weeded out, some persist to either make no difference, cause disease, or help cells to better survive changing conditions as part of evolution.

Such changes are known to, for instance, help lung adenocarcinoma cells survive oxidative stress, a process where highly-reactive, cell-damaging molecules (oxidants) are made as a side effect of “burning” fuel to make energy. Cancer cells need extra fuel to support aggressive growth, produce more oxidants, and depend more on naturally occurring antioxidants to neutralize them.

Along these lines, past studies have shown that about 30 percent of non-small cell lung cancers (which include adenocarcinomas) thrive by acquiring mutations that ether increase levels of the protein NRF2—known to turn on genes that increase antioxidant production—or that disable KEAP1, which targets NRF2 for destruction.

Complicating matters, oxidative stress is known to cause the release a chemical compound called heme. Best known for its role in hemoglobin—the oxygen-carrying red blood cell pigment—heme, in its free form, also amplifies oxidative stress. Cells protect themselves from the heme-driven wave of oxidants by making more of the enzyme heme oxygenase-1 (HO1), which neutralizes heme.

This became even more important when the researchers discovered that heme partners with the protein FBOX22 to cause the breakdown of BACH1, explaining how increased NRF2 activity increases BACH1 levels.

Normally, say the authors, NRF2-driven, antioxidant-dependent increases in BACH1 levels are short-lived, activated only during brief blasts of oxidative stress, and possibly not rising to levels that trigger cell migration through BACH1. But the new data suggest that big enough increases override mechanisms that would otherwise limit BACH1 levels.

Furthermore, analyses of human tumor tissue revealed that HO1 and BACH1 are found in significantly higher levels in human lung cancer cells that have spread, and in lung cancers of advanced stage and grade. One theory holds that oxidative stress defenses and migration evolved to overlap so that cells faced with extreme stress locally could migrate in search of a better home.

Moving forward, the team seeks to explore whether HO1 inhibitors—already FDA approved the treatment of inherited disorders called porphyrias—could be tested in a clinical trial to slow or prevent lung cancer spread.

Importantly, a second paper publishing in the same edition of Cell, and led by Martin Bergo of the Department of Biosciences and Nutrition at Karolinska Institutet in Sweden, suggests that vitamin E taken as part of a dietary supplement also increases the chances of lung cancer spread through its effect on BACH1.