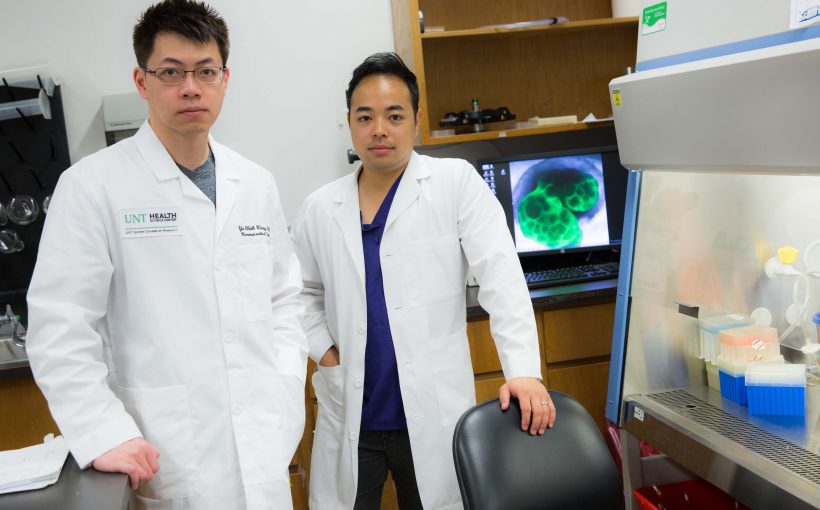 Their research was recently published in the British Journal of Cancer.

The discovery came when UNT System College of Pharmacy scientists were studying a missing protein that plays a role in NGLY1 deficiency, a disorder so rare that only about 60 patients worldwide have been diagnosed since it was identified in 2012. While trying to understand this newly identified genetic disorder, the team discovered that melanoma cells are surprisingly vulnerable to the loss of NGLY1 activity, said Yu-Chieh Wang, Ph.D., senior author and Assistant Professor of Pharmaceutical Sciences.

“People born with NGLY1 deficiency are alive while presenting developmental delays,” Dr. Wang said. “But when we studied the developmental variations caused by NGLY1, we found that the NGLY1 protein could be a very attractive cancer target.”

The team began exploring how the protein acts in the body and discovered that when NGLY1 was inhibited, normal cells survived—but melanoma cells did not.

The study suggests that it is possible to eliminate melanoma cells without harming healthy cells by targeting NGLY1. The research could apply to other cancers as well. The next step is to understand why normal cells and some individuals survive even when the protein is missing, while cancer cells cannot survive without it.

Once a potential target has been identified, it could take more than 15 years before a drug that acts on the target to treat melanoma or other cancers reaches the marketplace.

“A promising discovery like ours could one day provide another way to overcome the cancer burden in humans,” Dr. Wang said. “We will continuously work toward that goal based on our research findings.”

The discovery of a new anticancer target has been exciting, said Victor Lin, a graduate student in the Wang Lab and a lead author of the research article.