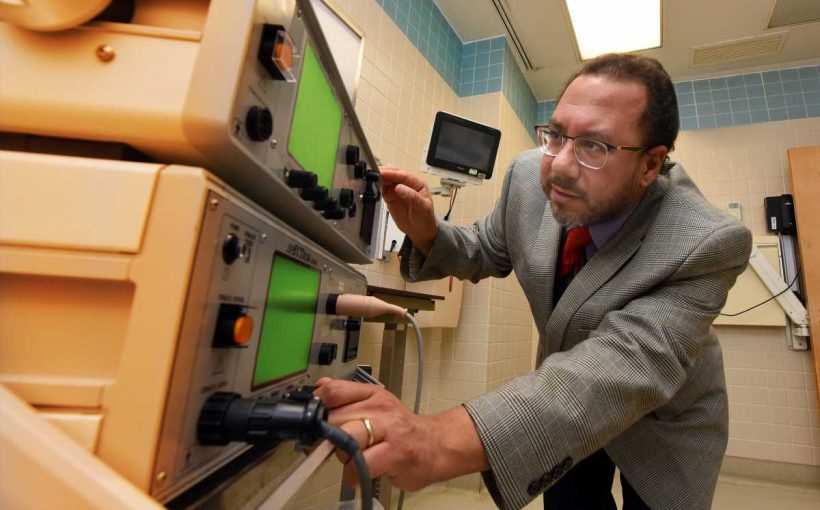 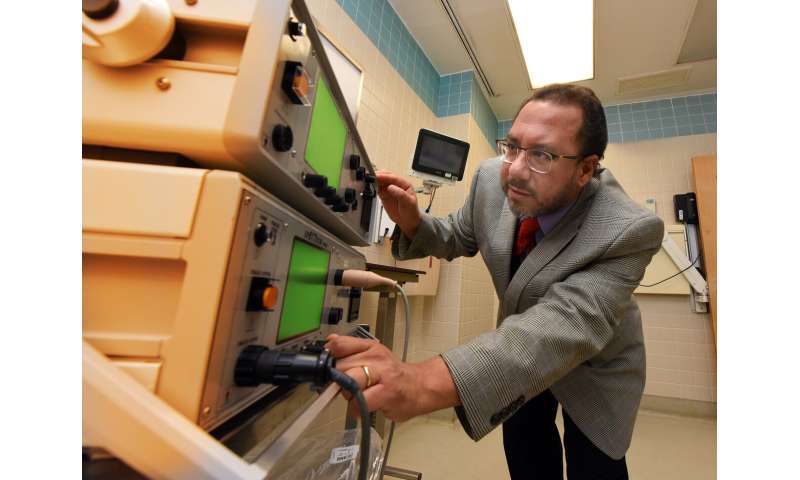 The small, randomized pilot study, the first to look at lower-amp ECT for suicidal ideation in patients with major depressive disorder and bipolar depression, included a total of seven patients, three treated with low amplitude ECT at 500 milliamps, and four with a standard amplitude of 900 milliamps, Medical College of Georgia investigators report in the journal Brain Sciences.

They have previously shown that lower current amplitude has less cognitive and memory side effects than the standard amplitude ECT.

“All clinical outcomes were similar,” says Dr. Nagy A. Youssef, psychiatrist specializing in ECT in the MCG Department of Psychiatry and Health Behavior at Augusta University and the principal investigator of the new study.

Patients receiving the low amp ECT had relief from their suicidal thoughts by the third ECT session, while it took an average of four sessions for the standard group. Low amplitude ECT also meant patients woke up from their treatment in just a few minutes, rather than about 15 minutes—a positive predictor of cognitive side effects from therapy—with essentially no impact on memory or cognition.

Patients receiving low amp ECT also seemed to get a higher degree of relief from their suicidal thoughts, with higher scores from baseline to after treatment than with standard amp ECT—5.1 compared to 3.0—based on a 10-item questionnaire used to measure depression severity and suicidal thoughts specifically.

The investigators had hypothesized they would see similar improvement in magnitude and speed of remission in both groups based on their earlier work. Youssef notes that many depression centers in the brain are more superficial than memory centers, so higher amplitude is not necessary to reach the depression areas. Lower amplitude will also spare the deeper memory areas. He has worked with bioengineers at Duke University to adjust other parameters, like the frequency of stimulation, to make low amplitude more effective.

Next steps include a multicenter trial that compares the approaches in a larger number of patients and follows patients for longer periods, he says.

“We need to do larger studies with more patients as this approach seems very promising,” says Youssef, first author on the paper who, over the past 10 years, has done some of the first exploration of lower amplitude ECT in animal and computer models as well as humans.

Suicide is a leading cause of death in the United States, according to the Centers for Disease Control and Prevention, and it’s on the increase. Depressive episodes, as part of major depressive disorder, or as part of bipolar disorder or schizoaffective disorder, are a major risk factor for suicide, particularly for those with treatment-resistant depression, which is about one-third of patients with depression, Youssef says.

There is already good evidence that ECT is an effective treatment for depression. For example, the multicenter PRIDE study, funded by the National Institutes of Health, indicated that ECT should be widely used to get and keep more elderly individuals with severe depression in remission.

Along with the stigma still associated with ECT, another reason ECT is not more widely used for depression or suicidal thoughts is concern about the impact on cognition, a primary side effect of standard amplitude ECT, Youssef says.

An earlier study led by Yousef and Emad Sidhom, psychiatry fellow at the psychiatric facility Behman Hospital in Cairo, Egypt, provided some of the first evidence that lowering the amplitude helped with cognitive concern.

The 2017 study published in the Journal of Affective Disorders looked at 22 patients with treatment resistant depression or psychotic disorders, all of whom received low amp ECT. It found patients experienced seizures under full anesthesia and muscle relaxant—in this case a controlled surge of electrical activity in the brain that is considered necessary for ECT to work—had their depression relieved and experienced less cognitive impact than with traditional amp ECT. It appeared to be the first published study in humans of this lower amp approach in depression.

Youssef notes that the induction course of ECT, particularly when electrodes are placed on both sides of the brain, increases the potential impact on memory. However, ECT to just one side of the brain, which was used in both arms of the current study, has been found to produce less cognitive side effects.

The right side of the brain is most commonly used for one-sided treatment because right handed people—who make up some 70-95% of the world’s population—as well as about 85% of people who are left-handed have centers like speech and writing in the left brain, which physicians don’t want to stimulate, Youssef says. In the comparatively rare cases when a simple test indicates that those centers are on the right side, they focus therapy on the left side, he says.

Although just how ECT works as an antidepressant and antipsychotic is not well understood, it’s considered analogous to how an electric shock can restart a still or erratically beating heart and somehow reset its rhythm, Youssef says. Often patients have tried and failed several medications and psychotherapy and an acute course of ECT can help abort a severe psychotic or depressive episode. Sometimes medications alone will then start to work when symptoms are ameliorated or in remission, however a small percentage of patients will benefit from a lifetime of maintenance ECT, he says.