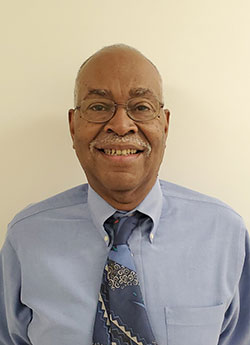 Collins E. Lewis, MD, an associate professor emeritus of psychiatry at Washington University School of Medicine in St. Louis, has received the 2020 National Citizen Scientist Cornerstone Award from the Global Alzheimer’s Platform Foundation. He was honored in recognition of his extraordinary efforts to support Alzheimer’s research by participating in and promoting diversity in clinical trials.

Lewis has participated in three clinical trials at the Charles F. and Joanne Knight Alzheimer’s Disease Research Center at Washington University. He also serves as a member of the Knight Center’s African American Advisory Board. In that role, he advises research teams on cultural sensitivity and helps develop outreach strategies to encourage active, long-term participation by African Americans in memory and aging studies.

“Many African Americans are reluctant to join studies because of the history of racism in medicine and medical research,” Lewis said. “I want people to understand that research today is not the way it used to be. In order to develop treatments for Alzheimer’s that work for everybody, scientists need a broad spectrum of people in clinical trials – not just African Americans, but Hispanic and Asian and indigenous people as well.”

Lewis joined the psychiatry faculty at the School of Medicine in 1977, specializing in substance-use disorders. He retired in 2001.