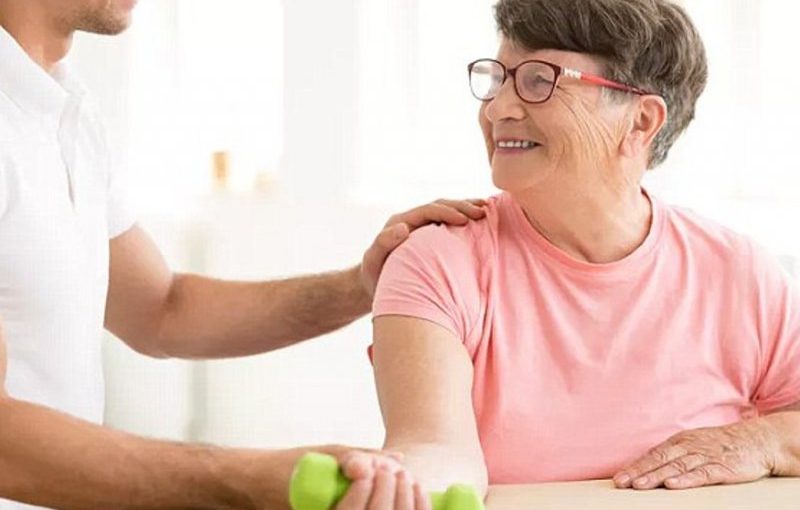 If you broke one hand, you have to hard to train another. The study showed that the so-called mirror muscle contraction will provide adequate exercise damaged limbs.

Many of us have broken hands and subsequently wore a cast for several weeks. And then we were faced with the unpleasant feeling of loss of muscle mass and an unusual feeling of weakness of the hand after removal of plaster. Naturally, many people with a broken arm don’t train the injured limb and are waiting for their healing. However, the process of muscle loss can be stopped and even reversed, as shown by research scientists from the United States. They found that there is an unusual, but very effective strategy that allows you to train the muscles of the arms are broken, in reality they are not uploading.

It is only necessary to train the other healthy hand. Observations involving 16 College students who agreed to wear a cast on a healthy arm for 4 weeks and did not train her completely, showed that in the human organism there are so-called “mirror muscle contraction”. In other words, if you swing the biceps of the left arm, at the same time strain and biceps muscles of the right, although in reality you do not download in any way. In other words, it is thus possible to ensure adequate training of both hands, training only one of them.

Experiments have shown that the mirror exercise is achieved quite adequate load of muscles damaged hands, allowing you to maintain strength and muscle volume. The results of this study attracted great attention of scientists and practitioners. It is possible that the trauma will soon be recommending such training. (READ MORE)