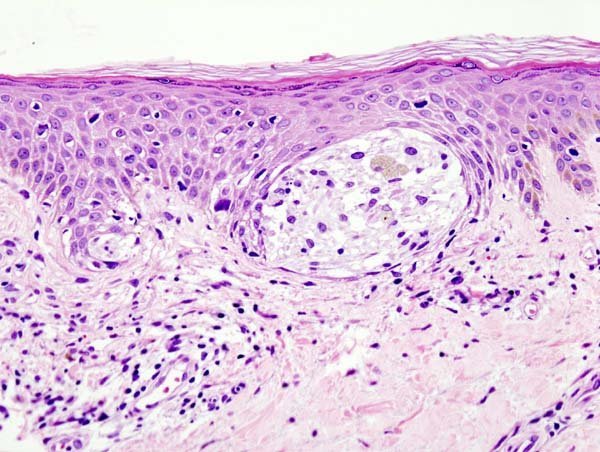 University of Otago research provides insights into an underlying mechanism that could explain why new cancer therapies to help treat metastatic melanoma do not always work on patients, paving the way for predicting which patients will benefit from certain drugs.

Senior Research Fellow in the Department of Pathology, Dr. Aniruddha Chatterjee, who has already gained national recognition as one of the country’s top emerging scientists, jointly led the work published today in a leading international journal from the Cell Press, iScience, together with colleagues Professor Mike Eccles from the Department of Pathology and Professor Peter Hersey from the University of Sydney.

Their findings shed much needed light on why new immune checkpoint inhibitor therapies such as nivolumab and pembrolizumab – approved by the New Zealand Government for the first time in 2016 to treat metastatic melanoma – do not work on many patients.

The new immunotherapeutic drugs herald a significant advancement in a cure for cancer. But while they can be effective for some melanoma patients, for others the therapies do not work at all, and most eventually become resistant to immunotherapy treatments.

One of the key components of the immune checkpoint mechanism is a protein on the surface of cancer cells called PD-L1 which can potentially be receptive to or block immunotherapy.

The Otago researchers were able to show that an epigenetic modification – DNA modifications that do not directly alter the DNA sequence, but instead change the frequency by which a cell uses specific genes – specifically DNA methylation, influences whether PD-L1 is expressed on the cancer cell surface.

Dr. Chatterjee, who last year was awarded a Rutherford Discovery Fellowship to study the epigenetics of metastasis, says melanoma is a global problem, but particularly relevant in New Zealand where we have the highest incidence rates of the disease.

Oncologist Chris Jackson, who is a researcher for the University of Otago’s Centre for Translational Cancer Research but not involved in this project, explains “biomarkers” are tools to select which patients benefit from which cancer therapies.

“Currently, there are no reliable biomarkers for predicting benefit from immune therapy in melanoma and these are desperately needed in the clinic,” Dr. Jackson says.

“Biomarkers would help choose which patients are likely to benefit and who are not. Many groups worldwide are searching for immune-therapy biomarkers and this Otago discovery of an epigenetic marker appears very promising.”

However, the findings will now need to be tested in people with melanoma undergoing treatment to see if this test can make it “from the bench to the bedside”, Dr. Jackson says.

Dr. Chatterjee says the findings suggest epigenetic therapies could be used in clinical trials in combination with immunotherapy in melanoma to treat patients. However, further trials would be needed before this could become a possibility.

The Health Research Council has just this month awarded $1,198,714 to the researchers to continue their work on patients in New Zealand over the next three years. Professor Eccles says they plan to develop a DNA methylation marker panel that predicts the likelihood of melanoma patients responding to immunotherapy treatment.

“This work will contribute to selecting the best treatment option for patients, and also for developing new targets for epigenetic therapies.”

DNA methylation is an epigenetic mechanism that plays a key role in switching genes “on” or “off” and helps to determine cellular function. Generally, DNA methylation silences gene expression and has been implicated in cancer.

“Our research provides evidence that it is the global loss of DNA methylation that regulates constitutive expression of the immune checkpoint PD-L1 in melanoma,” Dr. Chatterjee explains.