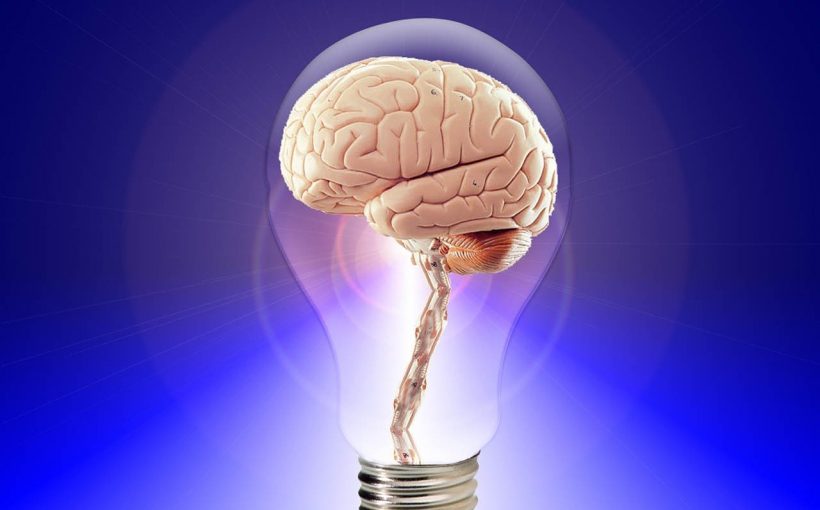 Creativity requires us to break away from more common and easily reached ideas but we know little about how this happens in our brain.

A new study, published in the Proceedings of the National Academy of Sciences, shows that brainwaves play a crucial role in inhibiting habitual thinking modes to pave the way to access more remote ideas.

The researchers found that these brainwaves, or alpha oscillations in the right temporal area of the brain, increase when individuals need to suppress misleading associations in creative tasks.

These obvious associations are present in both convergent thinking (finding an ‘out-of-the-box’ solution) and also in divergent thinking (when individuals have to come up with several creative ideas).

Higher levels of alpha brainwaves enable people to come up with ideas which are further away from the obvious or well-known uses.

The researchers show that stimulating the right temporal part of the brain in the alpha frequency increases the capability of inhibiting obvious links in both types of creative thinking.

This was demonstrated by applying an electrical current to the brain through a non-invasive technique called transcranial alternating current brain stimulation (tACS) which causes minimal to no side effects or sensations.

The findings have implications for how we understand creativity and opens up potential ways of affecting the creative process including by using tACS.

Lead researcher Dr. Caroline Di Bernardi Luft, from Queen Mary University of London, said: “If we need to generate alternative uses of a glass, first we must inhibit our past experience which leads us to think of a glass as a container. Our study’s novelty is to demonstrate that right temporal alpha oscillations is a key neural mechanism for overriding these obvious associations.

The researchers demonstrated the neural mechanism responsible for creativity by monitoring the brain’s electrical activity through an electroencephalogram (EEG) which picks up electrical signals through small sensors placed on the head. Using tACS also enabled them to probe the waves’ causal role.

The experiments they conducted looked at how the brain tackles a series of creative tasks such as finding words that link to one another. For example, every time we search for concepts associated with a word we start from stronger associations to move progressively towards weaker or more remote ones (e.g. cat > dog > animal > pet > human > people > family).

Previous studies show that some people are more creative than others because they are able to avoid strong associations in order to reach more remote ones and this study demonstrates that the alpha brainwaves are crucially involved in this process.

Goldsmiths, University of London’s Professor Joydeep Bhattacharya, a co-author of this study, added: “Two roads diverged in a wood, I took the one less travelled by. And that has made all the difference,’ wrote Robert Frost in his famous poem.”

“Taking a less travelled route is needed for thinking creatively, and our findings provide some evidence on how this is done in our brain.”