Home » Health News » You rotten alive: the sad story of The Radium Girls 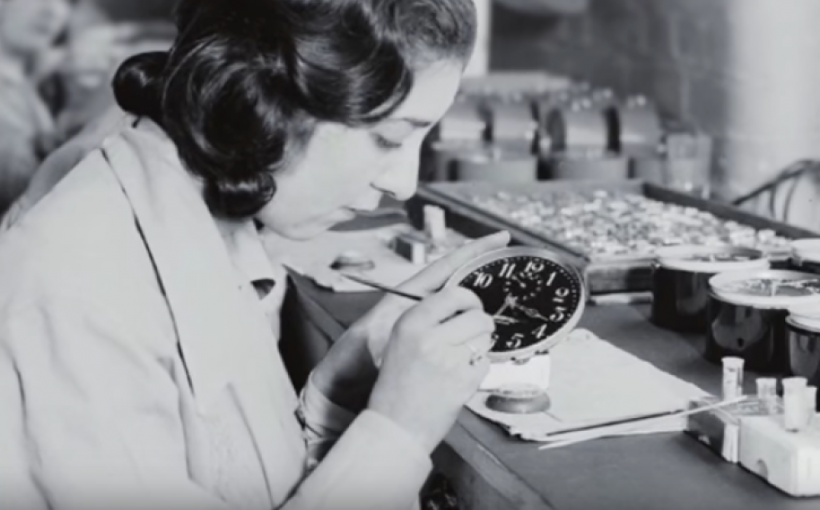 In the years following the First world war, young women died in the US of a strange disease: they lost their teeth and the jaw bones dissolved. They were received as the “Radium Girls” in the story.

Amelia Maggia was worried. First, the young woman from Newark felt that her teeth loosened. Then they fell, one after the other. Your dentist was at a loss, and found no remedy for the tooth loss. Finally, swelled her chin strong. As Amelia went to her family doctor, to find help, happened something Bad: When the doctor touched her gently on her chin with the fingers, broke the jaw bone. It was not long until Amelia died.

This happened in September 1922. Amelia was only 24 years old. Something similar happened in the same year, Grace Fryer. Also you started all of a sudden, the teeth fail. Just like when Amelia became swollen parts of the face. Her doctor diagnosed a strong decay, in many Places around the jaw-bone was shot through with small holes. He looked around as if he had been eaten by moths. Grace survived – at least initially.

A Common ground was quickly found

Amelia and Grace were not the only women who were affected by this mysterious disease. Many others got problems with their bones, for some, the spine broke apart easily. As Doctors, the accumulation of these disease cases in your area noticed and began to investigate, was found a Commonality of the affected women quickly: all of them had worked in the factory of the company, the U.S. Radium Corporation in Newark in the U.S. state of New Jersey. They had all come over a longer period with Radium in contact. And while unprotected.

The women touched contaminated brushes with the mouth

Amelia, Grace and thousands of other women worked in the factories of the company manufactured the dials and other objects that should glow in the Dark,. That was all the rage back then, demand was extremely high. A good business for the U.S. Radium Corporation, which paid their workers at least above-average. The mostly young women, had as a task to paint the individual dials with Radium, which has a green-whitish color.

Up to 250 sheets created per day, and since they were paid by finished pieces, not dawdled you are at work. As these dials were very small, they had to work with a small camel’s hair brushes, which only had about 30 hair. The color mixture, in which the Radium was stirred, but made sure that the hairs of the brush drifted apart after a short time, and so the Painting of the small dials in the dial was no longer possible.

Scientists knew the dangerous effect of the radium

The supervisor of the women had a practical advice: you should moisturize simply the brush tops with the tongue, then the hair would be pointed. Said and done. If you run out of 250 dials per day, the women of the radium-containing brush several hundreds of times daily in the mouth. At the very least.

That Radium is dangerous, and to avoid, therefore, any body contact, knew at the time although the scientists at the companies, which worked, but not the workers, who had daily to do with it. While the researchers and the leaders invested with appropriate suits, they left the women unprotected to go to work.

The teeth glowed in the dark

The scientist Marie Curie, who had found Radium a few decades earlier, died in 1934 at the consequences. Your notebook will be exposed to your research. The women in the factories of the US Radium Corporation, and other companies were clueless.

The work was, however, them can even be fun: Some painted the teeth, then in the Dark lit up. So you were happy in the evening your loved one with a radiant Smile. Others smeared the color into the hair, with the same effect. Funny you found also, if the bag glowed cloth, after you had cleaned your nose.

As the United States entered in 1917 in the First world war, production has been increased significantly. Now the U.S. is supplying Army you needed panels, luminous instruments, for example, for the fittings of the aircraft, or tanks. More and more women were consequently set and came in contact with the Radium. After the end of the war, it lasted only a few years, until the disastrous consequences of many of the women were visible.

As obvious was that there is always more work also suffered in the aftermath of the work, and Doctors had identified as the reason for the contact with the Radium, was Grace Fryer, finally, a heart, and she sued the company. It took two years, until she had found a lawyer who was brave enough to represent you, because the US Radium Corporation was influential. In 1927, she and four of her Ex-pulled colleagues together in front of the court.

The company tried everything to assign any blame. There were studies, all of which should prove that the contact with Radium was the reason for the diseases of women. It did not flinch in front of it, to falsify the study by a Harvard Professor without his Knowledge. In fact, the man had described the dangerous role of the radium clear.

It is also claimed that the reason for the illnesses was that the women suffered from Syphilis. This was at the same time of the attempt, in the Public as shady. The Newspapers took a large part in the process, the Attempts of the vilification of the Affected remained without success.

Reports, Videos, backgrounds: Each week you will FOCUS Online with the most important news from the knowledge Department. Here you can subscribe to the Newsletter easily and free of charge.

At the end of the Victims was granted a one-time compensation of 10,000 dollars, the equivalent today of a sum of about 120,000 euros. In addition, the company took on the cost of the Doctor, and assured the women, an annual pension of 600 dollars. This sum they had to pay, in most cases, long, because many of the women died shortly after their employment.

All in vain she was not Suffering. The Radium Girls are considered as Pioneers for the strict labour protection provisions. Already in the twenties, companies such as the Radium Corporation protection measures for the Radium led-handling. And yet, as of 1949 in the USA, stricter laws for employment protection have been adopted, the initiators of the women, which in the Dark glowed.

There are thousands of victims?

How many of these women died as a result of unprotected contact with Radium, up to now completely unclear. Alone, the U.S. Radium Corporation was engaged in different locations around 4000 women. A U.S. historian has estimated, therefore, that the number of victims could go into the thousands. Other sources speak of fewer Victims.