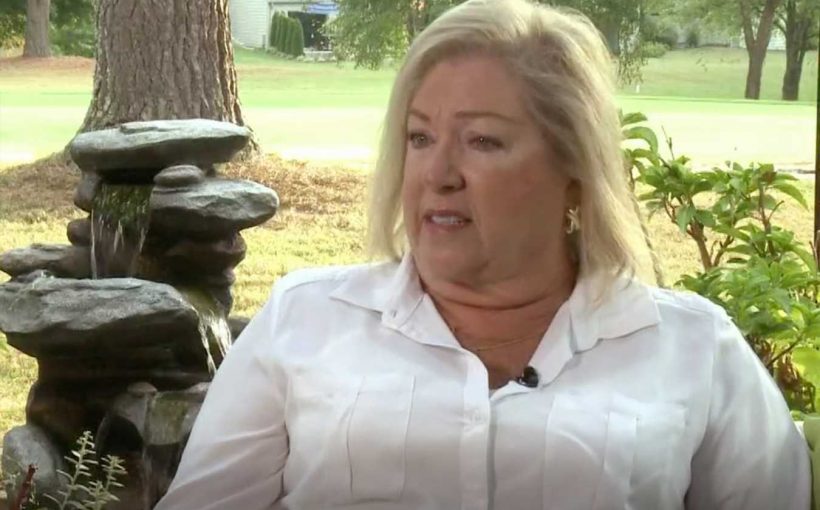 Jayne Sharp had never heard of flesh-eating bacteria until a visit to a Tennessee nail salon sent her to the hospital.

Sharp, a retired dental hygienist in Knoxville, believes that she contracted necrotizing fasciitis while getting a manicure at the Jazzy Nail Bar in Turkey Creek this spring.

“While I was there I got stuck on my thumb and I went ‘ouch’ but I went back to looking at my telephone,’ “Sharp told First Coast News.

Following her visit, Sharp said her thumb began throbbing and she experienced difficulty sleeping, although at the time she believed she was coming down with the flu.

The next day, Sharp told her daughter, who is a nurse, about her symptoms, and her daughter encouraged her to go to the doctor.

While her flu test came back negative, Sharp said she was told “you might be getting these symptoms from your thumb.”

Later that day, a nurse practitioner for Sharp’s doctor called to check up on her, and when Sharp explained that her thumb had continued to swell, she was told to go to the hospital right away.

“[The doctor told my daughter] your mother could lose her life with what we think this is and there’s a likelihood she will lose her arm,” said Sharp.

Although necrotizing fasciitis is extremely rare, affecting fewer than 20,000 people in the U.S. each year, a compromised immune system can make you more likely to contract it.

“She is a diabetic so that made her more susceptible,” Dr. Udit Chaudhuri told First Coast News. “She could have lost her finger or her arm if she hadn’t been diagnosed properly.”

Since receiving her diagnosis, Sharp has gone through multiple surgeries and has yet to regain full feeling in her hands.

“My life took a total turn,” she told First Coast News, adding that at one point things were so bad that she “couldn’t even floss my own teeth.”

According to the outlet, a manager at the nail salon said they passed a state inspection days after Sharp’s visit and that they clean their tools in a state-mandated method. A spokesperson for the Tennessee Department of Commerce and Insurance told First Coast News that no problems were found at the salon during its annual inspection and a follow-up inspection after Sharp’s complaint

The salon did not immediately respond to PEOPLE’s request for comment.