Home » Health News » Why are COVID-19 cases surging in Russia? 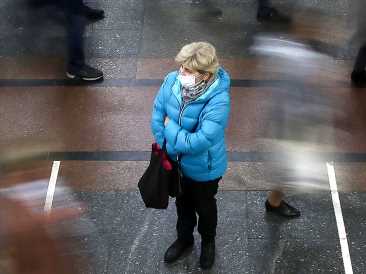 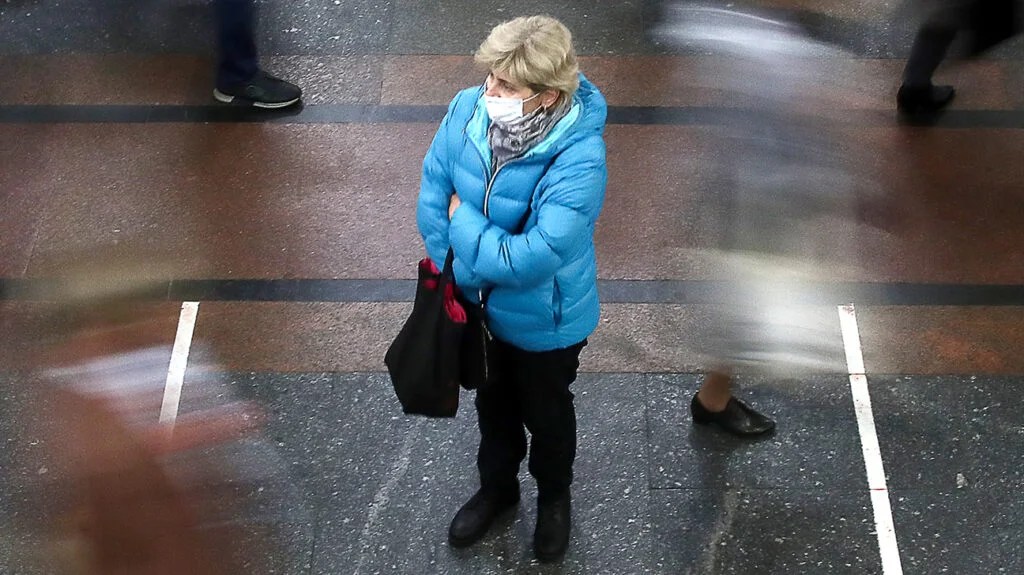 On Sunday, October 3, Russia reported its highest number of COVID-19 deaths per day since the start of the pandemic for the fifth time in a week. That day, 890 people died of the disease. The number of new infections was 25,769, the second-highest of the year.

Russia has the highest COVID-19 death toll of any European nation, with 218,345 fatalities. The country has reported 7,832,964 cases of the disease since the start of the pandemic.

According to The Guardian, publicly available data suggest that 600,000 “excess deaths” have occurred in Russia from the start of the pandemic to July 2021. This statistic suggests that the official death toll may significantly undercount the actual figure.

Prime Minister Mikhail Mishustin says that the government is “seriously concerned” about the rise in COVID-19 infections and fatalities.

Mishustin points out: “Morbidity is increasing in most Russian regions. There are twice as many patients in hospitals as there were at the same time last year.” Mishustin himself was diagnosed with COVID-19 in April.

As SARS-CoV-2’s Delta variant moves through Russia’s population, Mishustin attributes the surge to low vaccination rates among the country’s citizens, saying that “the vaccination level is insufficient to stop the spread of infection.”

Of the people currently hospitalized in Russia with COVID-19, the vast majority are unvaccinated.

This is in spite of the fact that Russia was the first nation to approve a vaccine for COVID-19, its own Sputnik V vaccine. Today, three different vaccines are available throughout the country.

President Vladimir Putin has consistently urged the Russian people to get vaccinated, saying, “[COVID-19 is] dangerous, dangerous to your life. The vaccine is not dangerous.”

Nonetheless, just 29% of people in Russia are fully vaccinated. Almost 33% have received a single dose.

Last summer, an independent survey explored Russians’ resistance to vaccination. In that study, 33% of people surveyed said they were fearful of side effects, 20% said they were waiting for the completion of clinical trials, and 16% saw no reason to get vaccinated. Russia finished phase 3 clinical trials of the Sputnik V vaccine on September 30.

Dr. Anna Gotlib, a Russian-born philosopher and bioethicist, told Medical News Today that another factor is a longstanding distrust of the federal government in Russia that can leave people “sort of stuck.” Dr. Gotlib said:

“They have a hard time trusting their own vaccine, and yet they don’t trust the Western one. In the end, they just opt out of the whole thing.”

According to Dr. Gotlib, the Russian people also have a long history of faith in home remedies, “going back even before the Soviet Union, going back all the way to the tzars and beyond.”

She continued: “I remember even my own grandmother, she was an educated woman, but she had her own ways. If I got sick, unless I was really sick, the first trip wasn’t to the doctor. She had her own little medicine cabinet of things.”

A recent Russian study suggests that “the attitude toward immunoprophylaxis against COVID-19 in Russia can be characterized as distrust of a specific vaccine and approval of vaccination in general as an effective technology for combating epidemics.”

Dr. Gotlib also described the degree to which disinformation regarding COVID-19 and vaccines has “drenched” Russian media.

When people complain about how pervasive disinformation is in the United States, asserted Dr. Gotlib, “they have no idea how bad it is in Russia, to the extent where when you look at Russian media sometimes it’s really hard to make your way through all the pseudoscientific anti-vaccine [nonsense] claims.”

Others have suggested that the popularity of antibody tests in Russia may somewhat account for the low vaccination numbers. Although such tests can only detect antibodies from a previous infection and cannot assess immunity to COVID-19 or diagnose a current case, some may be more comfortable with the test than vaccinations.

The Russian government has been reluctant to impose social restrictions that might limit the person-to-person spread of SARS-CoV-2 due to concerns that such measures might negatively affect the economy.

Bars, restaurants, and nightclubs remain open throughout the country.

Moscow briefly attempted to require negative PCR COVID-19 tests for local restaurant and bar customers but abandoned the effort after complaints from business owners over lost income. On October 5, however, Moscow mayor Sergei Sobyanin announced that mass PCR testing will begin in the city in 1–2 weeks.

In the face of the current surge, some other Russian regions are now saying they will begin requiring vaccination proof before allowing entrance to some venues. The country has 85 regions, of which Moscow is one.

For live updates on the latest developments regarding the coronavirus and COVID-19, click here.