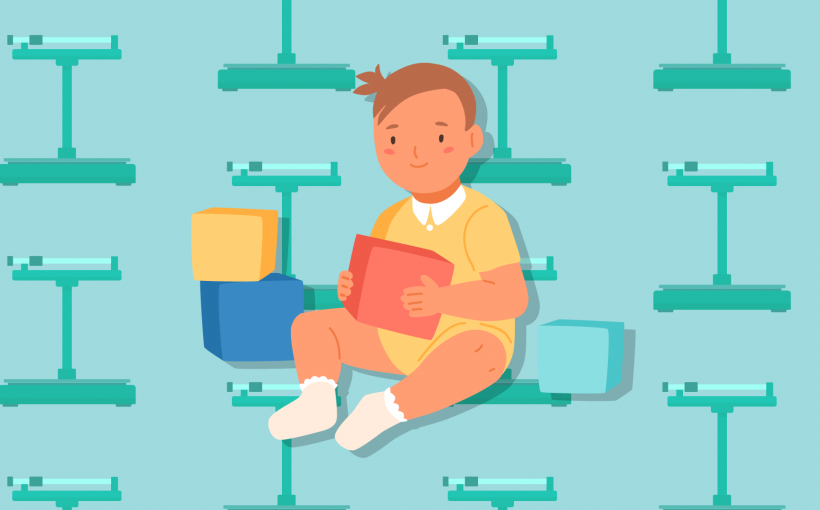 My son came into the world screaming on Friday, February 15. He had 10 little fingers and 10 little toes. His body was 19 inches long and head was 13 inches around and, at 7 pounds, 7 ounces, he wasn’t just healthy, he was perfect. But when we arrived at the pediatrician’s office less than 72 hours later, things changed because his weight wasn’t where it should be.

He had lost nearly a pound.

His doctor seemed unphased. All newborns lose weight in their first days of life, and while the percentage he lost was high — it was near 10 percent — she assured me he would be okay. It was (and is) normal. Even so, we scheduled a follow-up appointment just to be careful. To be safe. And I left the office with strict instructions: I was to feed on a strict schedule.

If he slept more than two hours, he should be woken up.

Of course, I followed her advice to a tee. We spent most of the ensuing hours on the couch, with his tiny body propped on the jungle-themed Bobby and mouth on my breast, and I assumed my diligence had rectified the problem. My boobs felt heavy — and hard. At night, I couldn’t lie on my back because of their size and heft. They were dense. I couldn’t breathe, and I thought my milk had come in. He must be getting enough. But when I pulled off his diaper and set his small, shivering frame atop the baby scale a few days (or weeks) later, the number remained unchanged. He had packed on a few ounces but was still well under his birth weight.

I looked through the notes on my iPhone in a panic. He was eating every two hours, passing urine or stool every three and — by all accounts — doing just fine. He latched on easily and quickly and was never irritable, fussy or ill-tempered, but something was wrong. I knew it. His doctor knew it, and she suggested the problem was his intake.

He was likely struggling with a condition commonly referred to as “failure to thrive” (FTT).

According to Johns Hopkins University, FTT occurs when a child’s “weight or rate of weight gain is significantly below that of other children of similar age.” A number of factors can cause FTT, including gastrointestinal problems, heart and lung problems, thyroid deficiencies, growth hormone deficiencies, chromosomal abnormalities, infections and social or emotional negligence. However, in most cases, FTT is the result of poor eating habits and/or an improper diet. It is also manageable and treatable.

“The main thing is to determine what the problem is — and sometimes, it’s not a problem at all,” Kristi Watterberg​, a professor of pediatrics in neonatology at the University of New Mexico and chair of the American Academy of Pediatrics Committee on the Fetus and Newborn, told U.S. News.

It is also common; according to a study published in the American Family Physician, 10 percent of American children will be diagnosed with failure to thrive.

That said, hearing the term “failure to thrive” can be jarring. My baby boy was just a few days old when I learned there may be a problem, and I was scared, for his health and well-being. I worried FTT could be a sign of a more serious problem. Was this just the beginning? And guilt washed over me. As his mother, I had one job, a job which I was failing. The good news is that it wasn’t my fault. Six months later, I know and believe this. It is also important to know that while failure to thrive can be a symptom of a bigger issue — doctors should rule out abuse and neglect and parents should work closely with their family physician to identify the underlying cause — in most instances, FTT is scarier than it sounds. Most kids outgrow it.

FTT is also not a diagnosis. “One of the problems with the general diagnosis of failure to thrive is it’s a description rather than a diagnosis,” Watterberg​ said. “There is a very wide variety of things which can lead to that end point.”

So if you hear the words “failure to thrive,” stop, take a breath, and then take action. While the matter can be complex, there is help and hope, but first you must find answers.