Home » Health News » What Does It Mean When You Break Out In Hives? 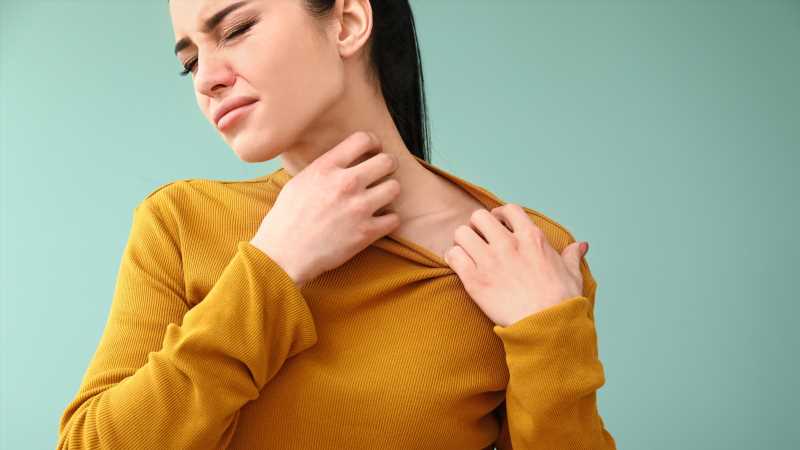 Though they may be unsightly, hives can tell you important things about your body. Essentially, hives, or oddly-shaped reddish spots, appear when your body is allergic to something or your skin is aggravated in some way (via Healthline).

The most obvious culprit could be something that you have consumed, like shellfish, peanuts, tree nuts, eggs, milk, and berries, for example. This allergy to a particular food or beverage could be tricky to spot in some cases since some allergies do not present themselves until hours after the food in question is consumed. According to Health Magazine, an elimination diet can help you determine which food is causing the allergic reaction.

Spending time in the great outdoors could also introduce allergens and aggravators like “sunlight, heat, cold, grass, pollen, and dust mites,” dermatologist Lauren Ploch, M.D. told Women’s Health Magazine. Aside from environmental factors, your workout could also be causing your body to break out in hives. During a workout, the body produces a chemical called acetylcholine that, in some cases, causes a disruption in skin cells that irritates the skin and causes a rash that looks similar to hives. The excessive heat present in your body after a workout or other heat-inducing activity could also produce hives (via Health Magazine).

While external factors are the most common culprits behind a hives breakout, your emotions could also play a role in this allergic reaction.

A stressful situation can cause a hives outbreak

Especially for those who suffer from allergies and underlying skin conditions like eczema and rosacea, stress can cause your skin to erupt in hives. “When you’re feeling stress, your body releases chemicals that can cause inflammation and make your skin even more sensitive,” Erin Lester, MD, a family medicine physician, told Scripps. “This can trigger a flare-up.” Intense emotional responses, like tantrums or anxiety attacks, can also cause your body to break out in hives or a rash. The additional heat that these emotional reactions create causes the body to release the histamine responsible for hives (via Health Magazine).

If you have ruled out the most obvious culprits behind a hives breakout, it might be beneficial to consult with your doctor, as certain autoimmune diseases could also be triggering this allergic response. As Ploch told Women’s Health Magazine, a number of diseases, like lupus, thyroid disease, diabetes, and celiac disease, could lead to hives.

The simplest way to combat hives is to prevent them in the first place. According to Cleveland Clinic, doing your best to avoid identify and avoid triggers will prevent a sudden eruption in hives and rashes. Keeping an antihistamine by your side at all times could also be a good idea if you are prone to breaking out in hives.