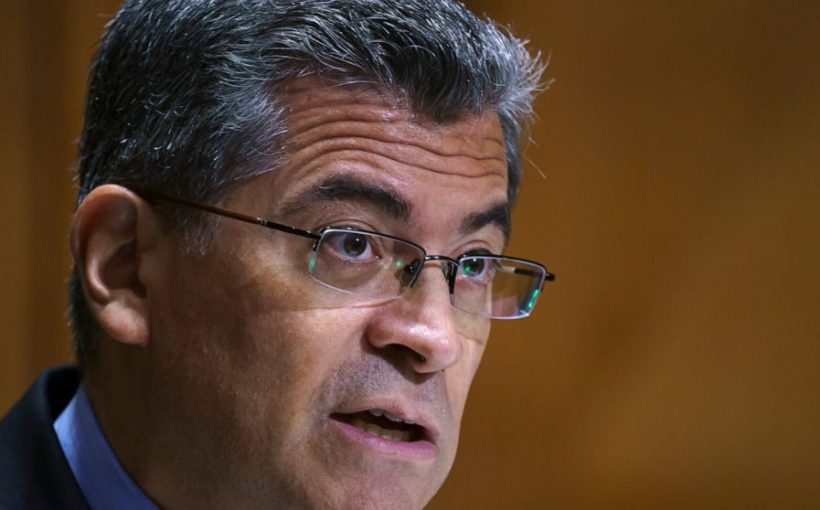 Depending on how much money is at stake, that’s likely to meet with industry resistance.

Health and Human Services Secretary Xavier Becerra said the new Office of Climate Change and Health Equity will also work with localities to mitigate harmful effects of climate change, such as seniors succumbing to excessive summer heat because their apartments lack air conditioning. Minority communities that often bear a disproportionate impact from environmental problems will get special attention.

The health care system is estimated to account for about 10% of the carbon dioxide emitted annually in the U.S., making it a substantial source of greenhouse gases that abet climate change. President Joe Biden has set a goal of cutting U.S. greenhouse gas emissions by at least half by 2030. Although transportation is the single biggest emissions source, every sector of the economy is being scrutinized to meet Biden’s target.

Engaging the hospital industry will be the biggest test facing the new office. Becerra said the administration will move step-by-step, fleshing out the scientific case for health care institutions to reduce their carbon footprint, using government-owned hospitals as laboratories for best practices, and lobbying the industry’s top leaders.

But he also raised the prospect of twisting arms via new regulations. Hospitals are heavily dependent on Medicare and Medicaid payments for their economic survival.

“We are going to reach out to various industries and speak to them as much as we can,” Becerra told reporters.

But “I’m not interested in sitting around and waiting,” he continued. “If the science is with us, if we have the (legal) authorities to move … I’ve instructed the team that we’re going to move.”

As a former attorney general of California, Becerra built a reputation for taking on major industries. A top adviser in the new HHS office had previously served in a similar environmental policy position for Becerra in the state.

There is a path to potentially finding consensus. Both the Biden administration and the health care industry are committed to working with the National Academy of Science, Engineering, and Medicine in an effort to assess the extent of the industry’s carbon emissions problem and develop workable and timely strategies to address it.

“Financial penalties would not address the root cause of these issues,” Michelle Hood, chief operating officer of the American Hospital Association, said in a statement.

Hospitals maintain that they have more than enough to do, trying to contain the fourth COVID-19 surge in two years. And they deflect some of the blame for emissions onto government requirements.

For example, Hood said the federal Occupational Health and Safety Administration is requiring hospitals to work their air purification systems on overdrive to guard against COVID exposure within facilities, which she called “a worthy goal.”

But it also increases energy use, which would then affect the environment. “There are numerous other examples of where regulations compel hospitals to take actions that may not be aligned with efforts to decarbonize, but may be important to the care of patients or the safety of staff and others,” Hood said.