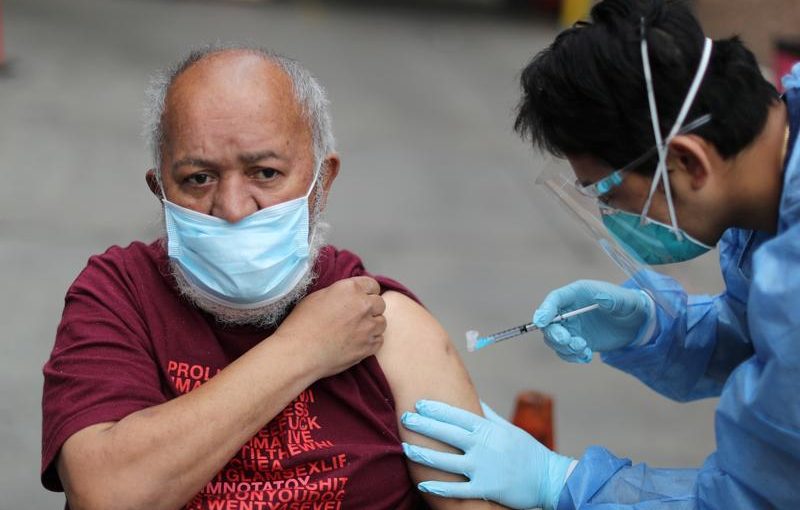 (Reuters) – The United States has a backlog of six million COVID-19 vaccine doses due to winter storms and power outages weather, White House officials said at a media briefing on Friday, adding that the federal government expects to catch up with vaccine distribution by next week.

All 50 states are impacted, said Andy Slavitt, senior adviser to the White House COVID-19 response team. He said delays were due to road closures, shipping company employees unable to get to work, and power outages in certain locations.

States should prepare to handle previously expected doses as well as the backlogged shots, Slavitt said. The United States has been ramping up shipments of vaccines.

Slavitt said the packaging plant that is working on Moderna Inc’s vaccine is “just now” coming online after roads were cleared. It intends to have vaccines on planes by Sunday night for delivery next week, he added.

Earlier this week, Moderna said there may be some short-term delays in vaccine deliveries but that it expected the issue to be resolved soon.

The two companies on Thursday said they have started an international study to evaluate the safety and effectiveness of their COVID-19 vaccine in healthy pregnant women.