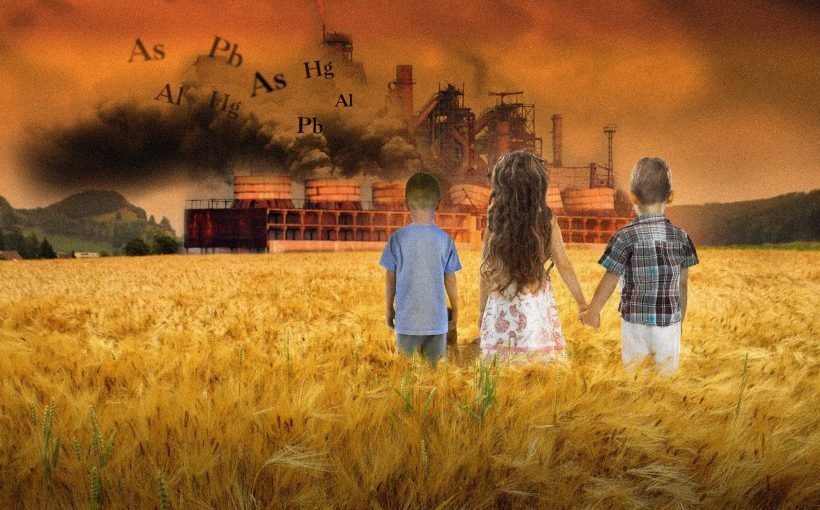 Russian researchers, together with their foreign colleagues, have demonstrated that environmental metal and metalloid pollution (lead, mercury, aluminum, and arsenic) may induce autism spectrum disorders (ASDs), and have considered possible mechanisms of exposure to these substances. The study may be useful for the prevention and therapy of ASD. The article is published in the journal Environmental Research.

Autism spectrum disorder is a group of disruptive neurodevelopmental disorders that cause problems in communication, socialization, and limited interests. They appear usually at the age of three years. Over the past 20 years, the prevalence of ASD has increased by 30 percent globally, although scientists have not yet reached a consensus on the causes and mechanisms of the disorder. Genetic mutations correspond to approximately 7 percent of cases of ASD. Such mutations can occur under the influence of toxic metals in the first months of prenatal and postnatal life, when the nervous system is especially sensitive to toxic environmental pollutants. This hypothesis is confirmed by recent studies. For example, scientists from RUDN University with their colleagues from Saudi Arabia and Norway have observed increased lead and mercury levels in association with selenium deficiency in erythrocytes of children with ASD. A large Korean study including 458 mother-child pairs showed a clear link between exposure to mercury in early childhood and autistic behavior at the age of five.

But how, exactly, can toxic metals cause ASD? Researchers of the RUDN University and Yaroslavl State University, under the guidance of Prof. Anatoly Skalny, believe that the main mechanism underlying the onset of ASD is inflammation in brain nervous tissue. The latter is related to increased levels of pro-inflammatory cytokines—signaling peptide molecules. In addition, arsenic disrupts the metabolism of neurotransmitters and promotes epigenetic changes. Finally, aluminum can cause dysfunction of glia – non-neuronal auxiliary cells of the nervous tissue, which play an important role in the functioning of the nervous system. These assumptions are confirmed by the results of the authors’ studies, which demonstrated a tight association of the level of toxic elements in the blood serum of children with ADS and neuroinflammatory markers.

Researchers from the RUDN University considered the link between exposure to three toxic metals (lead, mercury, aluminum) and arsenic with the emergence of ASD in children. They proposed three main processes that occur under the influence of toxic metals and contribute to the development of autism: neuroiflammation, apoptosis (programmed cell death), and excitotoxicity. In addition, the scientists proposed preventive measures and approaches that reduce the risk of ASD.

“Unfortunately, the contemporary methods of metal detoxification do not allow to achieve ASD remission, especially since their effectiveness in ASD is not confirmed from the positions of evidence-based medicine,” noted the co-author of the article Alexey A. Tinkov, M.D., Ph.D., senior lecturer of the Department of Medical Elementology of the RUDN University. In the case of acute intoxication, the use chelating agents (DMPS, DMSA, CaEDTA and BAL) is recommended, but in the case of ASD, chronic metal overload usually takes place. Moreover, chelators also have a significant number of side effects. In the case of chronic intoxication, toxic metals can be successfully eliminated from the body by functional foods. A number of phytochemicals (polyphenols, etc.) decrease lead toxicity. In turn, laboratory data demonstrate that zinc and selenium compounds significantly reduce toxicity of lead, arsenic and cadmium.