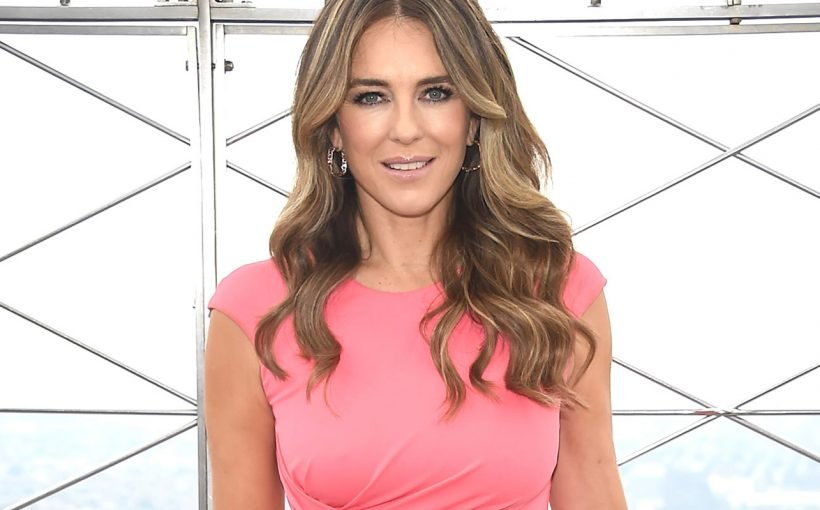 See that picture of Elizabeth Hurley up there? See how freaking hot she looks?

Then compare that picture to this one of her in 1994, at the premiere of Four Weddings And A Funeral.

The Estée Lauder spokesmodel and Elizabeth Hurley Beach designer has been a beauty and fitness icon for over 20 years. But she tells Women’s Health that she’s especially conscious of her health because of her family history. In 1992, she lost her grandmother to breast cancer, and in 1995, she became a global ambassador for Estée Lauder Companies’ Breast Cancer Campaign, a group she continues to work with.

And although she looks…pretty damn incredible, she says her health “secret” is really a combo of three small things: “Making more time for exercise, eating nutritious foods, and taking the time to do relaxing activities.”

That might seem like an odd morning beverage (like, what about coffee…or tea?), but Abby Langer, R.D. (who has never worked with Elizabeth), tells Women’s Health that “drinking two cups of warm water every day is a good way to get a head-start on hydrating yourself.”

In general, Elizabeth’s meals are also…pretty straight-forward. No gimmicks, no turmeric lattes, nothing. Here’s what she eats in a day:

Her current eating plan is a bit different from previous diets she’s tried. “About 100 years ago,” Elizabeth says she tried the Blood-Type Diet.

The diet (which Langer says is not supported by credible research) suggests a person follow a diet plan that will react well chemically with their specific blood type. For example, people with Type O are recommended to eat a lot of fish and lean meats, Type A should cut out meats, and so on.

Elizabeth has long since quit the Blood Type diet. Instead, she approaches her nutrition holistically. She recently spent a few days at the VIVAMAYR health spa in Austria, which teaches clients the importance of slowing down their fast-paced lifestyles.

A week back from @vivamayrmariawoerth and still doing the cure at home. It was so great to be at a clinic which was not about weight loss, but well being. A place where you give your digestive system a well earned holiday and remember how to relax. No caffeine, alcohol, cell phones or sugar. Lots of vegetables, gentle exercise and early nights. I feel more rested than I have for years. I’ll be writing about my experiences in @spearsmagazine ?????

“VIVAMAYR taught me to relax,” Elizabeth says. “I learned to sit still, put my phone down, and enjoy my food.” And that directly translated into her nutritional well-being: “My digestion has improved since I followed that advice.”

Her workout routine: Fresh air and lots of movement

On most days, when she’s not called in to film her latest television show or movie, Elizabeth wakes up around 7:30 a.m.. She walks over to her bathroom, brushes her teeth and begins to do squat reps while she brushes.

“I’ve had some lower back problems, so the squats help,” she says.

Elizabeth says she keeps up the squats for “as long as it takes to brush my teeth in the morning.” She repeats the same routine in the afternoon.

After eating breakfast, she goes for a morning walk with her dogs, a Labrador named Hector and a cocker spaniel named Mia. Her 30-minute walks are “just fast enough to get my heart rate up,” she says.

“Fresh air frees you of all tension,” Elizabeth says—which is why you’re more likely to see her getting her steps outside instead of on a treadmill.

That’s…basically it. Elizabeth says that yoga and Pilates are also sometimes part of her routine, but mostly on vacation when she has more time.

If this is what it takes to look so freaking flawless in my fifties, count me in.