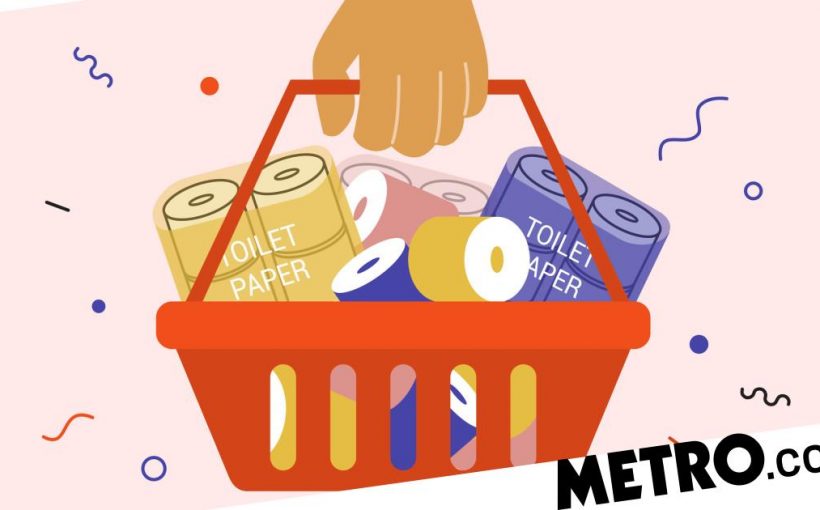 As someone who is in the middle of a nasty flareup of inflammatory bowel disease, the idea of not being able to buy toilet roll is anxiety-inducing.

Having had major surgery to remove my large bowel, I have been left with symptoms that at times debilitate me, such as abdominal pain, scarring, fatigue, and chronic diarrhoea.

The side effects of having no large bowel mean I use the toilet up to ten times a day. That means I get through a lot of toilet roll.

So, you can probably understand my frustration towards people who are stockpiling loo roll ahead of the second national lockdown.

It happened during the first lockdown. Every shelf that was meant to contain hundreds of toilet rolls was completely empty. Attempting to order it online seemed impossible as stocks ran low and delivery slots booked up quickly – unless you opted for a more expensive packet or a pricey delivery option, which in my case is just not feasible long-term.

One morning, I got up at 5am to queue outside of a shop half an hour before it opened, just to get some toilet roll. I had run out that morning but was struggling with the frequency of my bowel movements. Waiting in line, I panicked I was going to have an accident.

Everyone bolted into the store once it opened, with most heading to the toilet roll aisle. I managed to get a pack, which was a relief – but that relief turned to anger when I saw people stuffing packs of loo roll into the boots of their car – despite having multiple packets in there already.

A couple of weeks out of lockdown and the toilet roll shelves went back to normal. Suddenly everyone had stopped desperately needing it (or maybe they just had enough to last a lifetime already?). But just hours after Boris Johnson’s announcement of a second lockdown last Saturday, it started happening again.

James Conlon, 29, from Birmingham, was diagnosed with ulcerative colitis in 2012, and suffers with constant toilet trips and fatigue. While he takes medication to help reduce his symptoms, James still finds himself using between five and ten toilet rolls a week, usually purchased from the supermarket.

He tells Metro.co.uk: ‘We need the toilet roll to be available, and when I see empty shelves and nothing available it makes me angry to see people cramming rolls and rolls into their trollies “just in case”’.

‘When you’re flaring there is no warning or “just in case”, and we should be able to purchase the medically essential items we need.

‘People stockpiling need to know that while everyone is scared, we shouldn’t let greed take over us. There is an element of selfishness because it’s a necessity – but when we are unwell we are reliant on being able to purchase the basic items we need. I’ve seen people even building toilet roll towers on social media. It’s not a joke.’

27-year-old Ria Hearne, from South Wales, was diagnosed with ulcerative colitis in 2006. She says the urgent need to use the toilet is one of her biggest – and most debilitating – symptoms. She tends to use around five rolls of toilet paper a week, but uses much more when experiencing a flareup of the disease – meaning she needs more to have enough of a supply in preparation.

She says seeing people fill their trolley with multiple family packs of toilet roll makes her feel ‘annoyed and anxious’ that she’s not going to be able to buy any herself.

She tells us: ‘My family had to travel to a few shops during the first lockdown just to get toilet roll as I was really badly flaring. I had to start using the kitchen roll as we had totally run out.

‘The idea of not having any toilet roll in the bathroom makes me panic. Please think of other people before stockpiling.’

In the Crohn’s and Colitis Forum, members have shared their worries about the trend for stockpiling toilet paper.

Chloe Baker said: ‘It makes me livid. I have an ileostomy, a mucous fistula and pass mucus from my rectum, too. I use a lot of toilet roll. Inconsiderate people who stockpile toilet roll have made it so difficult to get hold of.’

‘I’m in an active flare-up and have piles,’ said Rachael Fearn. ‘I’m also pregnant, so most of my time is spent on the toilet. It’s so frustrating because it’s pointless. I don’t get why they do it. I’ve had to use napkins and tissues, or whatever I can find.’

Hayley Meadows described her experience without toilet roll as ‘painful’. She explained: ‘Our supermarket aisles are empty of loo rolls. I panic. Last lockdown I ended up having to use hard paper towel from my partner’s work, because I couldn’t get hold of the soft stuff. As you can imagine, going to the toilet more than 10 times a day was pretty painful.’

Other members said that they had to resort to installing a bidet in their home for fear of being unable to get toilet roll during the pandemic, and cutting kitchen roll into squares – despite it being painful to use.

Another said the stress of not being able to easily access toilet roll actually worsened their IBD symptoms.

Sarah Hollobone, Campaigns Manager for Crohn’s and Colitis UK, says: ‘Not having access to toilet roll is an inconvenience for everyone, but when you have Crohn’s Disease or Ulcerative Colitis it’s devastating because the most common (but by no means the only symptom) is urgent and frequent bloody diarrhoea. And there is no cure.

‘It’s important during this pandemic and beyond that we look out for one another. One way everyone can do this is by taking only the toilet roll you need – so that you’re not inadvertently creating greater anxiety for people with Crohn’s and Colitis during this already difficult time.’

MORE : Why you might be more tempted to panic buy in the second national lockdown – and how to resist the urge to stockpile