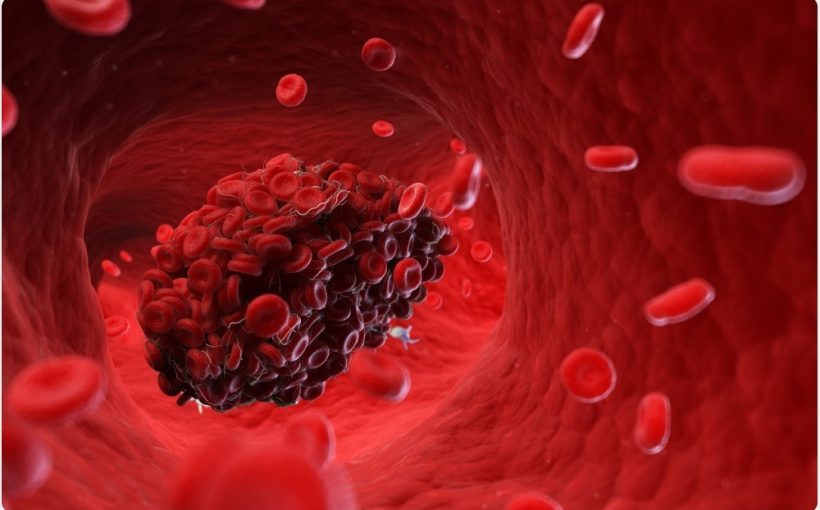 The severe acute respiratory syndrome coronavirus 2 (SARS-CoV-2) was first identified in Wuhan, China, in late December 2019. The virus triggers multiple clinical complications in humans and can lead to COVID-19 (coronavirus disease 2019). To date, SARS-CoV-2 has infected over 132 million individuals and caused over 2.88 million deaths worldwide. 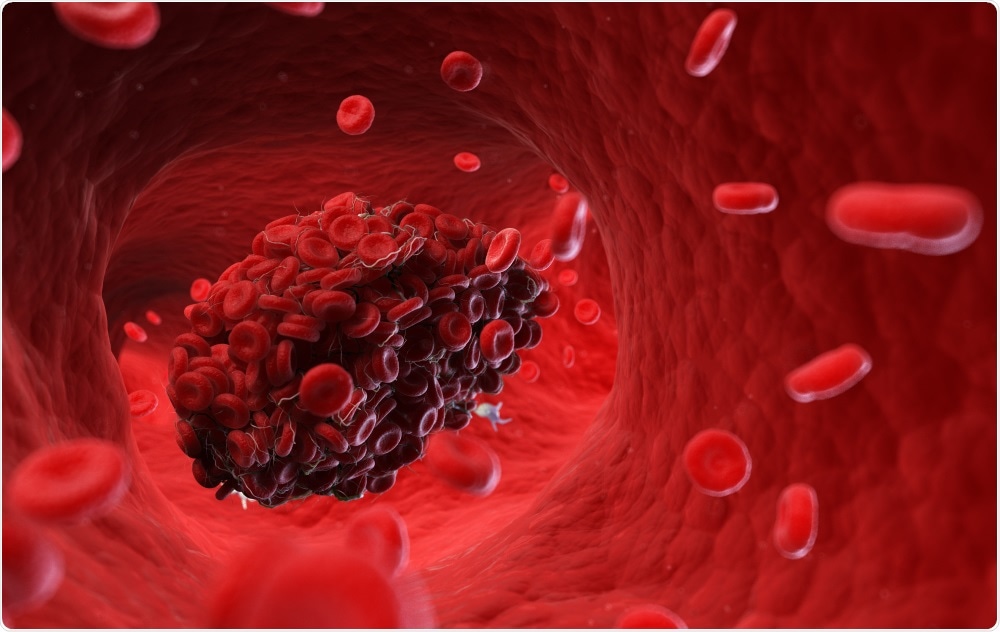 COVID-19 is a heterogeneous disease, primarily characterized by fever, cough and acute respiratory distress syndrome (ARDS), and in-hospital mortality. Severe COVID-19 is associated with comorbidities such as cardiovascular disease, hypertension, and diabetes mellitus and coagulopathy.

Coagulopathy – a condition in which the blood's ability to clot is impaired, is recognized as a significant aspect of morbidity in COVID-19 patients. In a recent study, Prof Lewis Cantley and a team of researchers explored the role of coagulation factors in the SARS-CoV-2 infection. Their recent study is posted on the bioRxiv* server.

They found that the proteases involved in clotting can also directly cleave the SARS-CoV-2 glycoprotein spike, enhancing the viral entry. They also found that protease inhibitors promiscuously inhibited the spike cleavage by both transmembrane serine proteases as well as coagulation factors. Spike cleavage by proteases is crucial to the viral entry; it facilitates membrane fusion and hijacks of the host cell by the viral genome.

The spike protein consists of S1 and S2 subunits. The host cell proteases act on the S1/S2 subunit boundary and at the S2' region proximal to the fusion peptide. This cleavage opens up the spike trimer and exposes the S2' site, which must be cleaved to allow for the release of the fusion peptide. One of the promising antiviral drug targets for SARS-CoV-2 is the TMPRSS2 which is an important host cell factor in the proteolytic activation across multiple coronaviruses.

Camostat and Nafamostat are two broad-spectrum inhibitors and act against TMPRSS2. While these two drugs are clinically (approved for other applications) in Japan, these are not currently FDA-approved for any indication in the US. In this study, the researchers found that Nafamostat broadly inhibits the cleavage of spike peptides by both transmembrane serine proteases and the coagulation factors.

Even as anti-SARS-CoV-2 vaccines are currently administered across the world, the continuing existence of a large reservoir of active cases over a long period will cause viral variants to emerge.

Pathogenesis of SARS-CoV-2 infection is associated with coagulopathy and thromboembolic events. Signs of dysregulated blood clotting were evident in SARS-CoV-2 infected patients who were admitted to hospitals. These were 1) elevated levels of D-dimer levels (an indicator of fibrinolysis and coagulopathy), 2) low platelet counts (an indicator of consumptive coagulopathy), 3) elevated systemic activity of clotting factors V, VIII, and X. 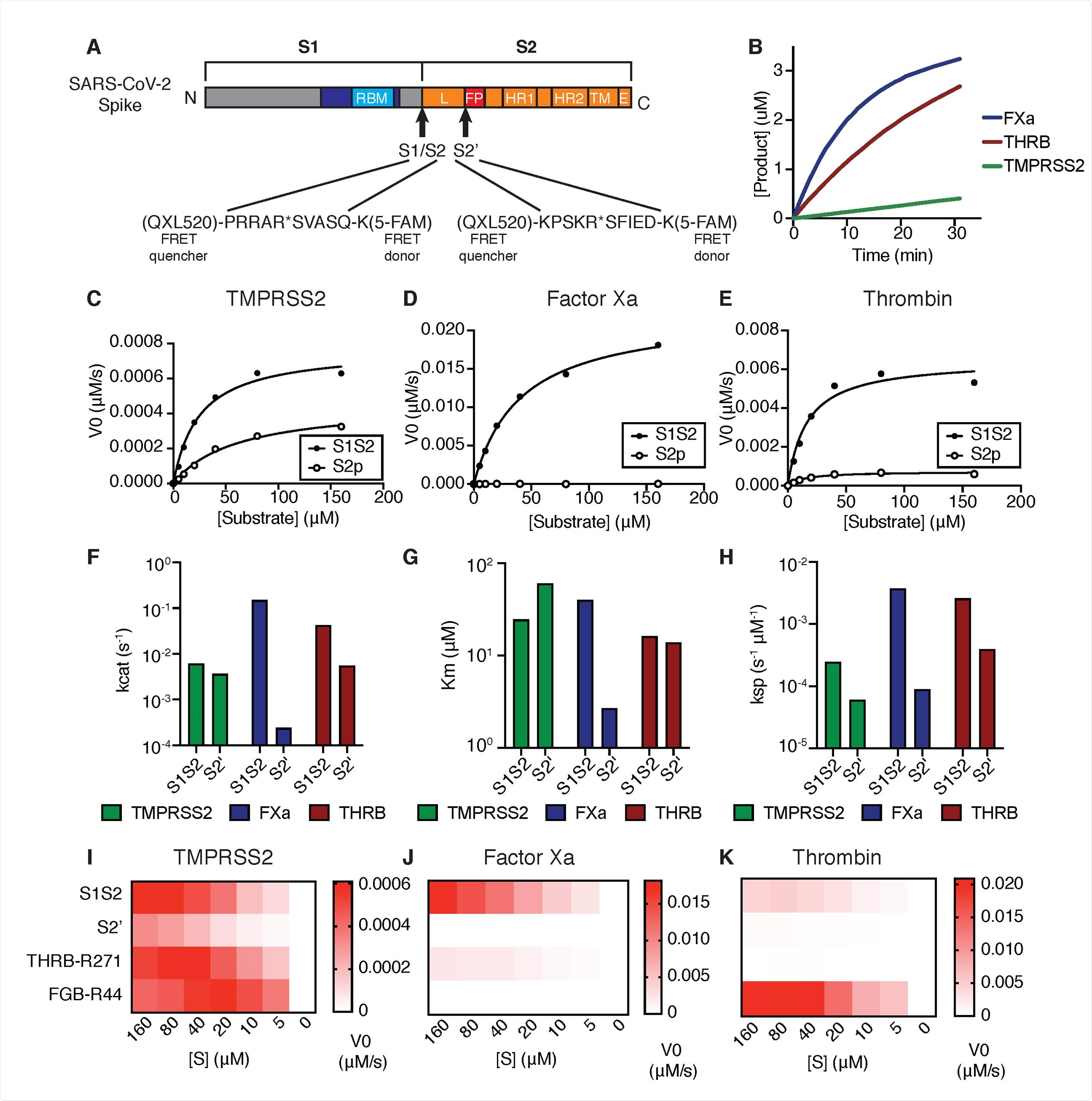 Because the coagulation cascade is orchestrated by a chain reaction of serine protease zymogens that are each activated by proteolytic processing, the researchers investigated if the proteases involved in the clotting also play a role in the SARS-CoV-2 spike cleavage.

They reported that the serine protease inhibitors suppress SARS-CoV-2 entry via inhibition of TMPRSS2. They observed that the TMPRSS2 is likely the primary cellular target of camostat and nafamostat.

Further, they found that the nafamostat is a versatile inhibitor of spike activation by various transmembrane serine proteases (TTSPs) and coagulation factors.

The researchers detailed the clinical relevance of potential antiviral activity of anticoagulants, bleeding risks and the limitations in this study.

COVID-19 associated events (such as acute lung injury from viral cytopathic effects, cytokine storm, complement activation, and antiphospholipid autoantibodies) are known to instigate a coagulation cascade. While the coordination between inflammation and hemostasis is well understood, the researchers in this study point out that the precise molecular mechanism connecting the SARS-CoV-2 infection and dysregulation of the hemostasis is yet unclear.

In this study, Using a FRET-based enzymatic assay and multiple platforms of pseudovirus and cell

fusion assays, the researchers investigated and confirmed that the circulating proteases involved in blood clotting contribute to SARS-CoV-2 spike cleavage activation and thus, enhance the viral entry. Based on their study, the researchers proposed that the nafamostat, among the currently available drugs, is best suited as a multi-purpose inhibitor against spike cleavage by TTSPs and coagulation factors.

This study provides relevant data to explore an early intervention with judiciously selected anticoagulant treatment for SARS-CoV-2 infection. Preparedness to mitigate a future SARS-CoV-3 epidemic is critical to pursue through the understanding of coronavirus-host interactions, the researchers emphasize.

"Perhaps, SARS-CoV-2 has undergone selection to both induce and exploit an environment locally enriched in coagulation proteases, instigating a positive feedback loop to promote entry into additional host cells."

Ramya has a Ph.D. in Biotechnology from the National Chemical Laboratories (CSIR-NCL), in Pune. Her work consisted of functionalizing nanoparticles with different molecules of biological interest, studying the reaction system and establishing useful applications.