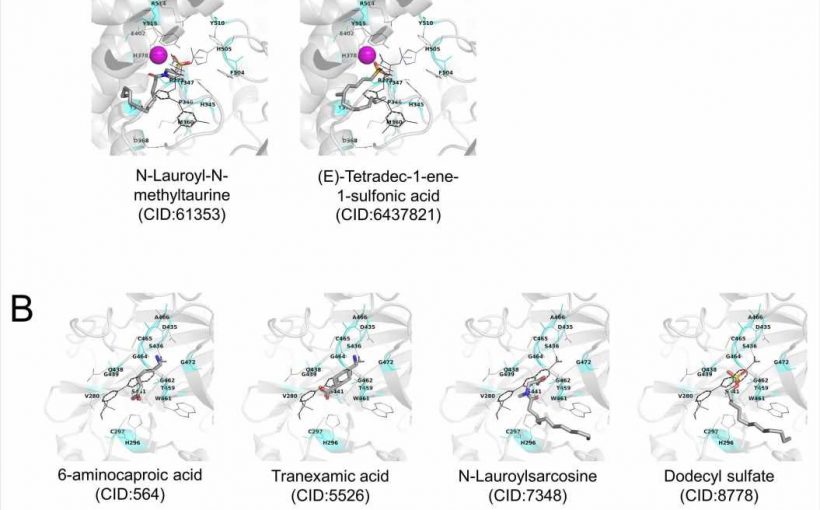 The virus primarily attacks the human respiratory tract (upper) and causes mild to severe respiratory disease. The spike protein of SARS-CoV-2 plays a prime role in mediating the entry into host cells. It binds to the angiotensin-converting enzyme 2 (ACE2) on the host cell, an essential step for the virus to invade the body. Another essential factor for the virus's entry into the host cell is transmembrane protease serine 2 (TMPRSS2), which is responsible for cleaving the spike protein attached to ACE2. The cleaved spike protein plays a vital role in the fusion of viral and host cell membranes.

Previous studies have demonstrated that ACE2 and TMPRSS2 are expressed in oral mucosa of the gingiva, tongue (especially the dorsal tongue), and salivary gland's epithelial cells. Thereby, these studies revealed that for SARS-CoV-2, the main entry point is the oral cavity.

Interestingly, researchers have pointed out that certain ingredients present in mouthwash possess antiviral properties. For example, mouthwashes containing ingredients such as cetylpyridinium chloride or povidone-iodine have the potential to reduce the SARS-CoV-2 viral load in saliva. Therefore, the use of mouthwash containing these antiviral agents could play a key role in preventing SARS-CoV-2 infection. However, the association between regular oral care and the virus's underlying mechanisms entering into host cells is not scientifically established. 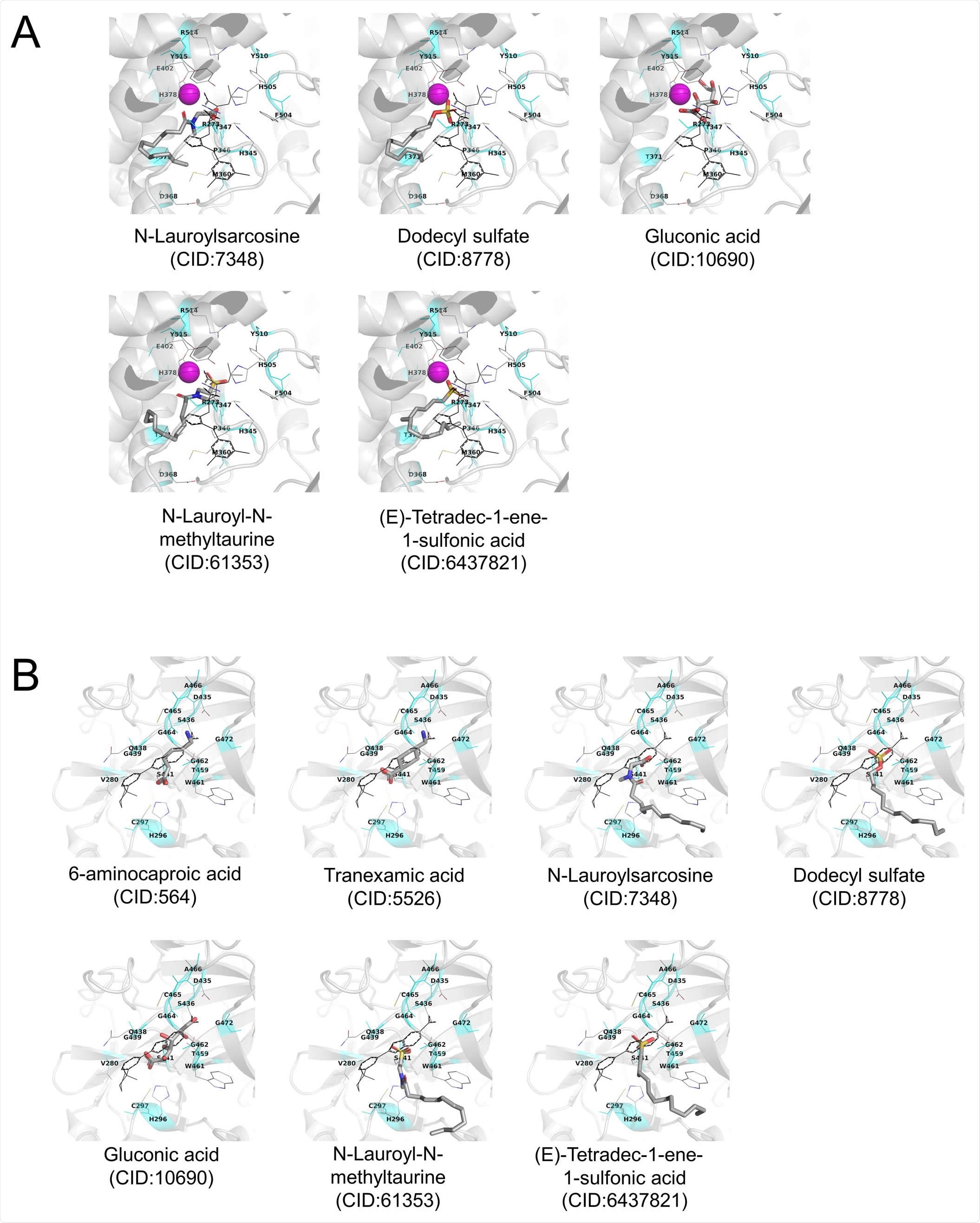 Stable docking mode of the selected ingredients obtained from AutoDock Vina docking simulations A) Human ACE2. B) Human TMPRSS2 model. Stable docking mode of test compounds is shown as CPK-colored tubes. The original crystal structure of the inhibitor is shown in black lines. A magenta sphere shows Zn2+ ion. Inhibitor-binding site located at 3 Å from all heavy atoms of the crystal inhibitor is shown in cyan color. Amino acid residues located at 3 Å from the inhibitor are shown using thin tubes with label. Hydrogen atoms are neglected.

Now, new research out of Japan, published on the bioRxiv* preprint server, focuses on the effect of some typical ingredients present in commercially available mouthwashes and toothpaste on the mechanisms of SARS-CoV-2 entry into host cells. The research evaluated the inhibitory effects of these ingredients on the interaction between the spike protein and ACE2 and on the serine protease activity of TMPRSS2. The ingredients tested were sodium tetradecane sulfonate, sodium N-lauroyl-N-methyltaurate, sodium N-lauroylsarcosinate, sodium dodecyl sulfate, and copper gluconate.

In vitro experiments were conducted to understand the interaction between the receptor-binding domain (RBD) of the SARS-CoV-2 spike protein and ACE2, with the help of Spike S1 (SARS-CoV-2): ACE2 Inhibitor Screening Colorimetric Assay Kit. Another in vitro assay was carried out to study the serine protease activity of TMPRSS2.

For this study, 3D structures of the seven test compounds were obtained from the PubChem website. The target protein structures and inhibitor structures underwent docking simulations based on the corresponding crystal inhibitor's coordinates using the AutoDock Vina In Silico Screening Interface of Docking Study with HyperChem (DSHC).

In the human TMPRSS2 model, six ingredients (TXA, AHA, SDS, TDS, LMT, and LSS) have shown an inhibitory effect. However, these ingredients did not bind to the inhibitor-binding site during the docking simulations. In this study, TMPRSS2 is positively charged owing to the buffer used for this assay. Thereby, the anionic surfactants bind to TMPRSS2 than cationic or nonionic surfactants, which induces denaturation of protein and inhibitory effects. Further, the docking simulations showed that gluconic acid can weakly bind to both inhibitor-binding sites of human ACE2 and TMPRSS2, promoting the inhibitory effect.

To summarize, the in vitro and in silico analyses of the current study have revealed that seven general ingredients commonly present in commercially available toothpaste and mouthwash have inhibitory effects on the interaction between the RBD of the spike protein and ACE2 or on the protease activity of TMPRSS2. The scientists involved in this study have proposed that more research be conducted to study these ingredients' effect on oral mucosa cells and upper respiratory tract cells and their association to prevent SARS-CoV-2 infection.

Priyom holds a Ph.D. in Plant Biology and Biotechnology from the University of Madras, India. She is an active researcher and an experienced science writer. Priyom has also co-authored several original research articles that have been published in reputed peer-reviewed journals. She is also an avid reader and an amateur photographer.