Home » Health News » The government has the power to shut down entire cities. But would that stop coronavirus? 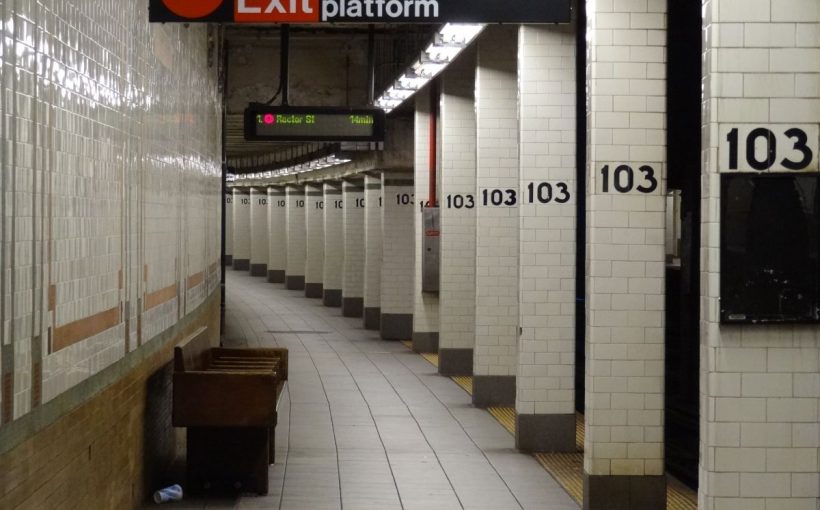 A once-bustling city at the heart of China is now a ghost town, with few people on the streets and drones flying above. Wuhan, China, the epicenter of the new coronavirus outbreak, has been under an unprecedented lockdown for the past month.

As the coronavirus continues to spread around the world, people have begun to wonder: Could such large city lock-downs happen in the U.S.? Experts say the government does have the power to lock down entire cities — but it most likely won’t.

Since the new virus’s first appearance, in Wuhan, at the end of last year, the coronavirus SARS-CoV-2 has infected over 95,000 people and killed over 3,200. Though 84% of cases of COVID-19, the disease caused by the coronavirus, have been in mainland China, the virus has reached every continent except Antarctica — and has created a number of other hotspots abroad.

Up until a couple of days ago, the U.S. seemed to have a grasp on all the COVID-19 cases in the country, having placed every known infected patient under isolation and their close contacts under quarantine. Most of the COVID-19 cases in the U.S. occurred in people who had traveled to high-risk areas and those who were repatriated from Wuhan and the Diamond Princess cruise ship.

But once health officials tested people without a history of travel to affected regions, case counts grew rapidly. Because some of these patients had not traveled to high-risk areas or been exposed to those who had, experts couldn’t trace where these individuals had acquired the virus. That was the first clue that SARS-CoV-2 had begun to spread in communities even here in the U.S.

As of Wednesday (March 4), there are 128 known cases of COVID-19 in the U.S. and 11 deaths, most in Washington state. But the virus may have been spreading stealthily in the state of Washington for weeks, according to a genomic analysis of the virus taken from two different patients in the state.

Could this lead to shut-downs of cities? “I don’t think we can expect the kinds of measures that China has implemented in Wuhan — they were quite extraordinary,” said Wendy Parmet, a professor of law and the director of Northeastern University’s Center for Health Policy and Law in Boston. The society here would react to such measures much differently than the society in China, which has comparatively less freedom to travel in the first place, she said.

Possible but not probable

“Governments have extraordinary emergency powers with respect to public health,” Parmet told Live Science. But “possible, probable and feasible are not the same things.” Theoretically, federal or state-level governments have the power to shut down entire cities.

The amount of power the government has in such emergency situations is “awesome, and it’s frightening to behold,” she said. We saw a glimpse of the extent of government power right after 9/11 happened, when traffic into and out of Manhattan was suspended and skies were closed down for all aircraft, she said.

But practically speaking, quarantines and city shutdowns get tricky and people would raise constitutional questions, Parmet added. The quarantine power actually lies with the Centers for Disease Control and Prevention (CDC), and that agency has taken unprecedented action in the last couple of months to quarantine people returning from high-risk areas of China for two weeks.

But that was on a small scale.

“The CDC does not have the kind of mechanisms of enforcement to put what would be a sanitary quarantine in an American city,” Parmet said. The Army might be the most obvious government body tasked with enforcing such a large quarantine, but “statutes and long-standing norms are against calling up an army to enforce such quarantines,” she said. “It would be deeply problematic. Our political culture is one that is far less tolerant of such things.”

What’s more, the economic consequences of shutting down major cities could be catastrophic, she added.

Mass quarantines are extremely rare in the U.S., so the laws aren’t extremely clear, she said. For governments to enforce such shut-downs, they have to provide all the necessities, such as food and medical care, for the people being quarantined, she said. And they need a very good reason for the shutdown. In 1900, San Francisco put a community lockdown around its Chinatown when bubonic plague hit the city. This “crazy, racially” charged move was quickly knocked down by a federal court, she said.

“At this point in time, it’s almost certain that COVID-19 is spreading in communities around the country,” Parmet said. Community or city lockdowns work only in the very early days of an outbreak, when outbreaks are very isolated, so “under those circumstances, it’s hard to imagine what possible public health good it would be if we shut down one community.”

The effect of citywide shutdowns

Our knowledge about whether or not city- or community-wide lockdowns work is “nonexistent,” because the current situation is “globally unprecedented,” said Dr. Albert Ko, a professor and department chair at the Yale School of Public Health. Experts are analyzing what happened in China and other places that took these drastic measures to see how effective they were.

The number of daily reported cases of COVID-19 in Wuhan has slowed dramatically, which could mean that these lockdowns worked, Ko said. But the numbers seemed to be slowing even before the lockdowns happened (the epidemic started at the end of December last year, but the lockdowns were put in place about a month ago). And measures taken there could have caused deaths from other preventable disease, due to shortages and difficulty getting supplies and reinforcements, The New York Times reported.

Other places around the world took less-extreme measures that still worked, Ko told Live Science. In Singapore, “social distancing” measures, which included canceling mass gatherings and closing schools, worked to keep the case numbers below 200, Ko said. In the U.S., “I suspect that we could do a lot before locking down cities.”

One of the most critical tasks is to quicken our pace in identifying and isolating individual people who have been infected with the new coronavirus, he said. That’s something on which we’ve been “lagging behind here in the United states,” he said. The presidential “administration’s response hasn’t been robust or rapid.”

That effort has lagged in part due to a lack of test kits. When the CDC rolled out its first round of test kits last month, the tools were faulty, according to a previous Live Science report. Since then, the CDC has fixed its own kits and allowed local public health agencies to use their own, in-house test kits, and testing has ramped up.

But in the interim, people who were potentially infected with SARS-CoV-2 weren’t tested. In a number of personal anecdotes on Twitter, people said they thought they had symptoms of the coronavirus but, because they didn’t have the necessary travel history, were not given a test.

Other important measures in containing the outbreak are reducing travel with more restrictions, quarantining the close contacts of those who test positive and using social distancing — for instance  closing schools and canceling large meetings and unnecessary gatherings, Ko said. “A lot of this will happen naturally as people learn about the disease” and take precautions on their own, he said. “Voluntary measures are always more effective than coercive measures.”

Coercive city shutdowns may not have much effect in China, either, Ko said. As 5 million people left Wuhan prior to the lockdown, “I’m pessimistic that containment is going to work” at this point, Ko added. “What we need to really do is mitigate and reduce the burden of disease.”

Ko, Parmet and hundreds of other public health, law and human rights experts recently signed a letter to Vice President Mike Pence outlining guidelines on how to respond to the outbreak in the U.S. Pence is leading the government’s response to the outbreak. Widespread transmission of the new coronavirus is “inevitable,” the experts wrote, and the impact it will have in the U.S. is “difficult to predict and will depend crucially on how policymakers and leaders will react.”

The letter also laid out perhaps one of the most important actions that needs to be taken: to make testing and treatment of coronavirus free so that if uninsured people or undocumented immigrants become infected, they won’t be reluctant to get treatment or unable to quarantine themselves.

“A successful American response to the COVID-19 pandemic must protect the health and human rights of everyone in the U.S.,” the letter said. (The World Health Organization hasn’t declared it a pandemic yet). “One of the greatest challenges ahead is to make sure that the burdens of COVID-19, and our response measures, do not fall unfairly on people in society who are vulnerable because of their economic, social or health status.”

OFFER: Save at least 53% with our latest magazine deal!

With impressive cutaway illustrations that show how things function, and mindblowing photography of the world’s most inspiring spectacles, How It Works represents the pinnacle of engaging, factual fun for a mainstream audience keen to keep up with the latest tech and the most impressive phenomena on the planet and beyond. Written and presented in a style that makes even the most complex subjects interesting and easy to understand, How It Works is enjoyed by readers of all ages.
View Deal