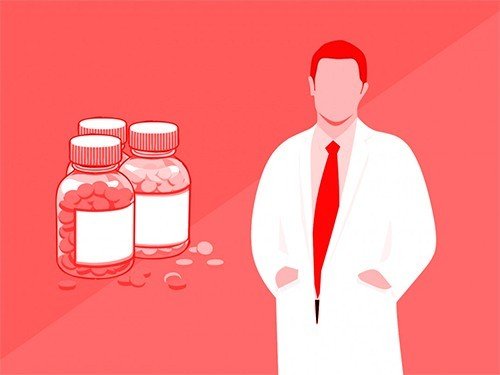 American doctors describe the case of an overdose sildenafil citrate, which is widely known under the commercial name Viagra, in men. Under the influence of drugs in men vision changes and, according to his doctors, he now sees everything in red.

Sildenafil is the most common drug against erectile dysfunction. It is known that even the recommended dose of sildenafil sometimes causes vision problems, e.g., blurred, increased sensitivity to light and changes in color vision (people can see everything in dark blue color). But it usually lasts no more than one day.

However, the case of 31-year-old man, who was described in a report published in the new issue of the journal Retinal Cases, tells a more serious complications. The problems began shortly after receiving an unknown amount of liquid sildenafil, which the victim acquired on the Internet. He began to see colorful flash light, his eyes have become more sensitive to light, and all that he saw, bought him a reddish tint. By the time, when two days later he went to the urgent care clinic at the new York ophthalmic hospital Mount Sinai (Mount Sinai), the light flashes stopped. But despite treatment, he continued to see red more than a year.

The man didn’t know what kind of sildenafil dose he took, as just drank it from the bottle. According to doctors, for sure, it took much more than the recommended dose is 50 mg.

People often believe that if a little is good then a lot is better. Our study of this case shows how dangerous an overdose of this widely used drug. People who are important to maintain color vision, should be aware that this drug can have a lasting effect on vision, says Richard Rosen (Richard Rosen) of the new York hospital Mount Sinai.

According to research referenced by the authors, there is evidence that animals and people overdose sildenafilom can be especially hazardous to the eyes. The drug has been associated with rare cases of vision loss. But Rosen and his colleagues believe that they first recorded the fact of loss of color vision as a result of taking this drug.

According to scientists, the drug on a microscopic level damages the cones cells in the retina allow us to perceive color. According to them, the pattern of damage was similar to that observed in genetic disorders of the retina, such as color blindness. Other studies have shown that people with genetic mutations associated with such disorders of the retina, may be subject to greater risk of vision problems if they take sildenafil.

In addition, there are other side effects of overdose sildenafilum, including heart attack and painfully prolonged erection that, if left untreated, may even cause the development of gangrene of the penis followed by amputation.