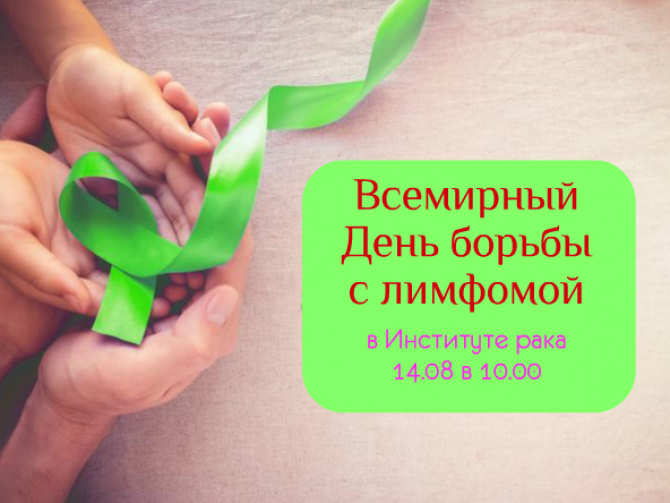 September 14, 2018 at 10.00 at the National cancer Institute (Lomonosov str. 33, Assembly hall) will host a press conference on the occasion of the world day of struggle with lymphoma. The slogan atugoda the Struggle continues, life wins! After the press conference, patients and doctors will hold a dance flash mob.

On this day at the Institute of cancer coming patients (up to 40), which at different times was treated, but the disease forced to retreat and returned to work, had children. Their stories are a vivid proof that cancer can be defeated and a great incentive to fight for those who are undergoing treatment. The main purpose of a dance flash mob in the national cancer Institute is to show everyone that cancer can be defeated!

According to medical statistics of MOH of malignant lymphomas in Ukraine hurts more than 32,000 people and in recent years the disease younger. In recent years, the possibility of treatment of lymphomas is significantly increased, and rates of 5-year survival rate in the Department of Oncology Narcoticswhat European standards. About 80 percent of the cases, lymphoma is treatable! But a very important condition of successful treatment is diagnosing the disease in its early stages.