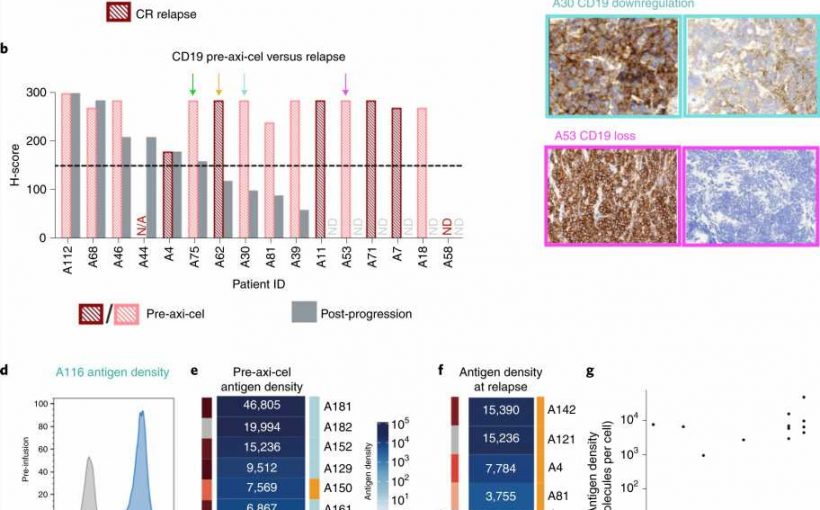 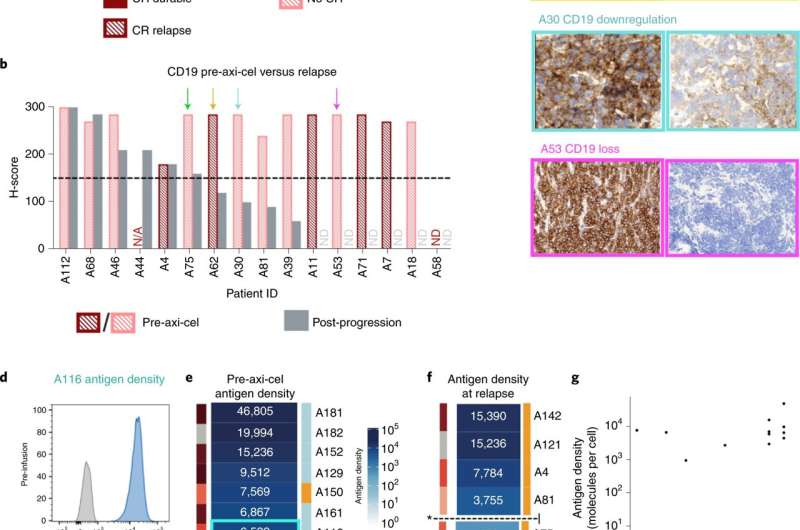 A one-two punch envisioned by many as a way to improve treatment for some blood cancers may be more challenging to implement than previously expected, according to researchers at Stanford Medicine.

The treatment, known as CAR-T cell therapy, uses a patient’s own genetically engineered immune cells to seek out and attack the cancer based on the expression of a molecule called CD19 on the cancer cells’ surface. It’s been approved by the Food and Drug Administration for several types of blood cancers. Although the treatment is often initially successful, more than half of patients eventually relapse.

The researchers studied whether simultaneously targeting two molecules, CD19 and CD22, would make it more difficult for cancer cells to evade the treatment. But they found it was difficult to engineer CAR-T cells that were equally potent against each target.

“This is the importance of doing a careful clinical trial,” said Crystal Mackall, MD, the Ernest and Amelia Gallo Family Professor and a professor of pediatrics and of medicine. “In some ways, we’re back to the drawing board. But we’ve learned a lot about how to overcome these challenges and about which patients are most likely to benefit from CAR-T cell treatment.”

In particular, the researchers showed a correlation between the density of the target molecules on the cell surface and the likelihood that a patient will respond well to CAR-T cell therapy. They also devised a way to assess the function of engineered CAR-T cells before they are used in patients.

“Until now, it’s not been possible to predict whose disease will progress and whose won’t,” said David Miklos, MD, Ph.D., professor of medicine and chief of bone marrow transplantation and cellular therapy. “This is a big clinical step.”

CAR-T cell therapy targeting CD19 was first approved by the FDA in 2017 as a treatment for children and young adults with a blood cancer known as acute lymphoblastic leukemia. Since then, it’s also been approved for use in adults with other blood cancers, including multiple myeloma and several types of lymphoma. For many patients, it’s transformative, resulting in rapid improvement or even a cure. But in about half of people receiving the treatment, the disease progresses.

Studies of patients with leukemia have suggested that the cancer cells gain the upper hand by decreasing the density of CD19 on their surfaces, making it more difficult for the engineered T cells to recognize them. Although it hasn’t been clear if this is also the case for people with lymphoma, many researchers have speculated that targeting two or more cancer-associated molecules—such as CD19 plus CD22 or CD20, or all three—could make it more difficult for the cancer cells to evade the treatment.

Miklos, Mackall and their colleagues, including Yasodha Natkunam, MD, Ph.D., the Ronald F. Dorfman, MBBch, FRCPath Professor in Hematopathology, and Jean Oak, MD, Ph.D., clinical assistant professor of pathology, examined 44 people with large B cell lymphoma who were treated with a standard CAR-T treatment that targets only CD19. Of the 44, the current standard clinical test judged 39 (89%) to express significant levels of CD19—designated as CD19-positive—on their cancer cells prior to treatment.

About half of these lymphoma patients experienced progression of their disease after CAR-T cell therapy. Of the patients who relapsed, 60% of those who were initially CD19-positive had converted to CD19-negative or CD19-low at the time of relapse, indicating that the lymphoma cells were evading the treatment in the same way leukemia cells do.

Further investigation to quantitate the number of CD19 molecules on individual cancer cells using a technique developed at Stanford called flow cytometry found a clear, pre-treatment distinction between patients who later relapsed and those whose treatment was successful: Patients with more than about 3,000 CD19 molecules per cell were more likely to respond well to CAR-T cell treatment, while those with fewer were more likely to relapse after seemingly successful treatment, the researchers found.

“Using this new approach to assess the density of target molecules in clinical samples will allow us to deliver more-personalized therapies and increase the likelihood that individual patients will benefit,” Miklos said.

The researchers also tested the effectiveness of a CAR-T cell treatment that targeted two cancer-associated molecules. They designed and produced CAR-T cells that simultaneously target CD19 and CD22—creating what are called bi-specific CAR-T cells—and tested their effectiveness in a trial of 38 adults with either B cell acute lymphocytic leukemia or large B cell lymphoma.

The treatment was well-tolerated and showed similar clinical effectiveness compared with currently available commercial CAR-T cell therapies. But, as with current standard CAR-T cell therapies, a significant proportion of patients relapsed. All 17 leukemia patients initially experienced either a complete or partial response to the treatment; of those, 10 eventually relapsed. And although 13 of 21 lymphoma patients initially experienced either a complete or a partial response, eight eventually relapsed.

“Many of those patients who progressed experienced a downregulation of CD19, but not of CD22,” Miklos said. “The CAR-T therapy was again failing due to a reduction in CD19 on the cell surface.”

The results suggest that the new bi-specific CAR-T cells were preferentially recognizing CD19 rather than delivering the double-knockout punch the researchers had hoped for. Indeed, tests of the cells in laboratory dishes showed they secreted more immune-signaling molecules called cytokines in response to CD19 than they did in the presence of CD22.

Despite the outcome, Mackall, Miklos and their colleagues aren’t giving up on CAR-T cells that recognize more than one target.

“It’s really important to understand why things fail,” Mackall said. “It’s great to have a breakthrough and, yes, 30% of the patients in the trial look like they were cured. But what about the other 70%? Why did they fail? Well, now we know that about two-thirds of these failures are due to the cancer cells’ ability to modulate the levels of the antigen, or target, on their cell surface. And we know that testing the cells’ ability to produce cytokines may be an indication of which CAR-T cells might be most effective at eliminating the cancer.”

The researchers will continue to investigate ways to create bi-specific CAR-T cells that will bind to each target equally strongly.