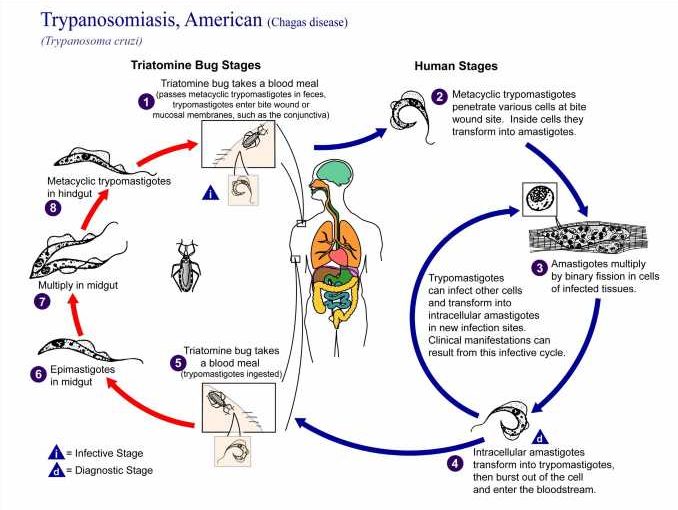 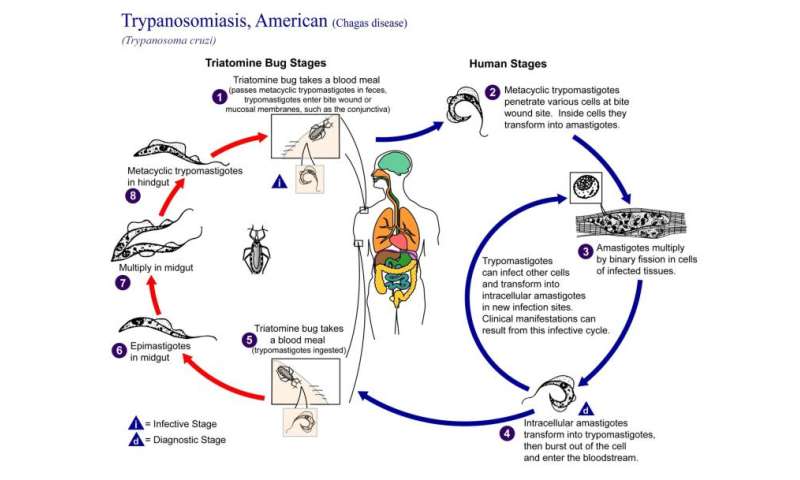 Researchers in the University of Georgia’s Center for Tropical and Emerging Global Diseases have found that a more intensive, less frequent drug regimen with currently available therapeutics could cure the infection that causes Chagas disease, a potentially life-threatening illness affecting up to 300,000 people in the United States.

Trypanosoma cruzi is a single-celled parasitic organism that causes Chagas disease. At least 6 million people are infected by T. cruzi, mostly in South America. Current drug therapies have been ineffective in completely clearing the infection and are associated with severe adverse side effects.

A single dose of benznidazole has been shown to be highly effective in killing more than 90% of parasites. However, after a CTEGD team found some of the parasites enter into a dormancy stage, the researchers hypothesized that an intermittent treatment schedule could be effective.

“In this system we can see what a single dose of drug does,” said Rick Tarleton, Regents’ Professor in UGA’s department of cellular biology. “Does it make sense to give a drug twice daily when the remaining dormant parasites are insensitive to it?”

The investigators found that giving as little as two-and-a-half times the typical daily dose of benznidazole, once per week for 30 weeks, completely cleared the infection, whereas giving the standard daily dose once a week for a longer period did not.

“Current human trials are only looking at giving lower doses over a shorter time period, which is the exact opposite of what we show works,” said Tarleton.

Since Tarleton’s team worked with a mouse model, how this change in treatment regimen will translate in humans is yet unknown, as are any potential side effects of the higher doses. Adverse reactions already are a problem with current treatments; the hope is that side effects from a less frequent dosage would be more tolerable.

Assessing the success of treatments in Chagas disease is a significant challenge. Tissue samples from infected organisms might not be representative of the entire organ or animal, since low numbers of persistent, dormant parasites can be difficult to detect. Therefore, Tarleton’s group used light sheet fluorescence microscopy to view intact whole organs from infected mice.

“With light sheet fluorescence microscopy, you have a broad view of potentially any tissue in the mouse that allows for dependable assessment of parasite load and persistence,” said Tarleton. “It gives you an incredible view of the infection.”

Using this technology, they learned something new about the dormant parasites: Some were still susceptible to drug treatment. This provides hope that new drug therapies could be developed to target these parasites.