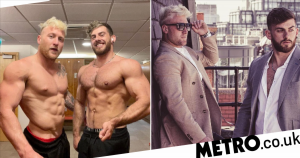 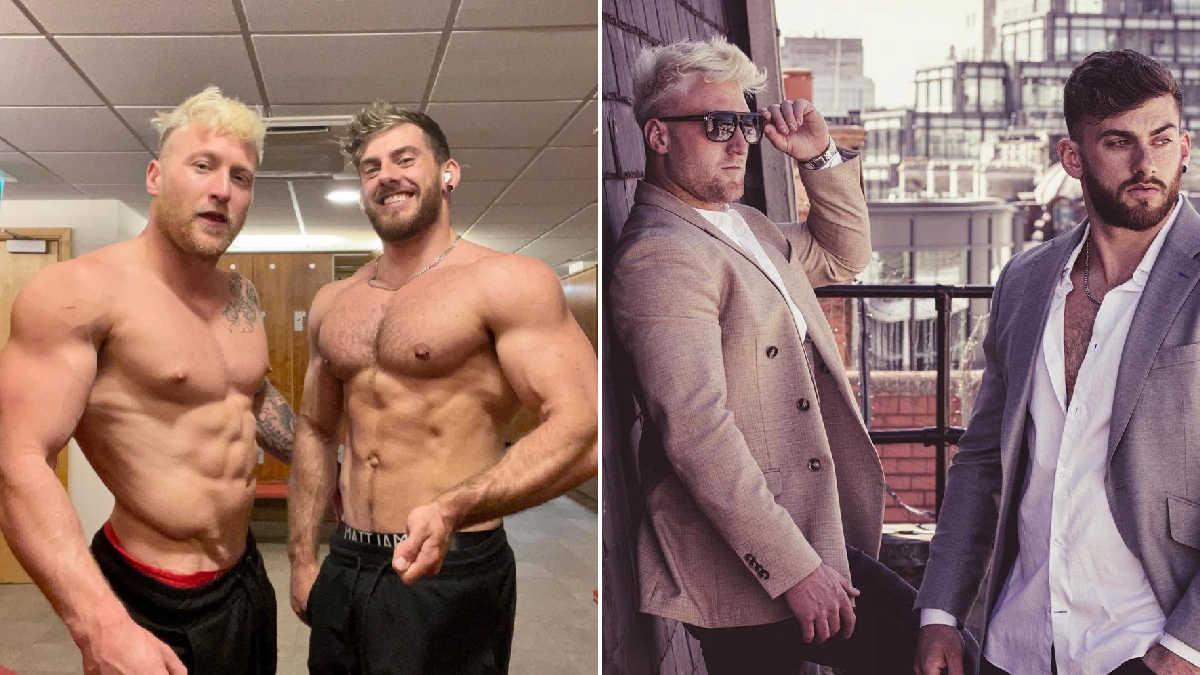 Dancer, acrobat, and fitness model Zac Smith, 27, and his co-star and friend Connor Stringer, 28, perform together in Dreamboys, one of the most successful ever male strip shows.

Their lifestyle may seem exciting and glamorous, but behind the scenes, Zac, who grew up in Aylesbury, Buckinghamshire, and Connor, from Southend-on-Sea, Essex, have struggled with mental health issues.

After using drink and drugs, including cocaine and ecstacy, to cope, the friends have gone sober and learned to talk about their emotions.

Now, they want to encourage other men to talk more openly about their mental health.

They are even hoping to launch a series of talks to encourage more men to speak about emotions.

Zac, who lives in Ripley, Surrey, with his administrator fiancée Beth Caesar, 26, said: ‘I love my job – I’m a highly trained athlete, getting paid really, really well to take off my clothes.

‘In Dreamboys, we’d be on stage dancing, rocking people’s worlds for two hours a night. But, coming down from the adrenaline high, I used to get absolutely smashed every night, going out drinking after the show.

‘Now, though, I’m focused on self-improvement and Connor and I want to start spreading our message to others, building our brand together.

‘It is hard for the gents to speak out about their feelings and we want to encourage them.’

Zac was just 11 years old when he discovered a passion for performing, starting with break dancing classes funded by his local council.

At 14, he began teaching with theatre school Razzmatazz, before landing a place at Brighton Academy on a musical theatre course, graduating in 2014.

The dancer went on to perform at the Queen’s Sapphire Jubilee, in a tour of Andrew Lloyd Webber’s Jesus Christ Superstar, and in Mary Poppins Returns.

In 2016, he met Connor when they were both hired to dance at a bar mitzvah celebration. Soon after, they began doing racier stage shows.

When Connor, who has no formal dance training but taught himself acrobatics and free running after being part of football’s The Youth Academy, left regular gig Forbidden Nights for a few months in 2017 to perform in the Volta circus show – part of the Cirque du Soleil – Zac took his place.

And when he returned, the pair formed a double act in the show, which is described as a mixture of Magic Mike and Cirque du Soleil and features striptease routines.

But in the midst of this success, the pair found themselves relying on unhealthy coping mechanisms to deal with stress.

Connor said: ;It got quite bad and at points I even found myself experiencing paranoia and cocaine-induced psychosis – then sleep paralysis and insomnia.’

It wasn’t until the pandemic hit and theatres closed that Connor and Zac were able to take a step back and realise that they weren’t in a good place, mentally.

Facing financial uncertainty, the two men started to support each other as they navigated life without their normal working routine.

Soon, they were opening up about their mental health struggles, and admitting they had both used alcohol and drugs to escape their feelings.

‘We started out what we called “story time”, which was just us sharing our issues with one another,’ said Zac. ‘At first it was when we were drunk or high, but over time we found we didn’t need the alcohol or drugs and could speak openly when we were sober.

‘If I needed Connor, I know he would drive down from Essex to see me.’

Knowing they were both in the same situation helped Zac cope with the pandemic’s ups and downs and their friendship encouraged both men to stay positive and on track.

As restrictions ease and the world returns to normal, the friends are looking forward to returning to performing.

But now, they know that rather than turning to drugs and drinks if the fast-paced, high-stress lifestyle gets too much, the duo can talk to each other.

They have both landed places in Dreamboys, and can’t wait to get back on stage.

They hope to use their platforms to encourage other men to be more open about how they’re feeling.

‘I won’t forget what Zac and I have learned together during the pandemic,’ Connor said.

‘We think about what helped us progress, and we want to share that with others.

‘Our message is that you may be a man but you can still cry if you want to cry.’

To chat about mental health in an open, non-judgmental space, join our Mentally Yours Facebook group.