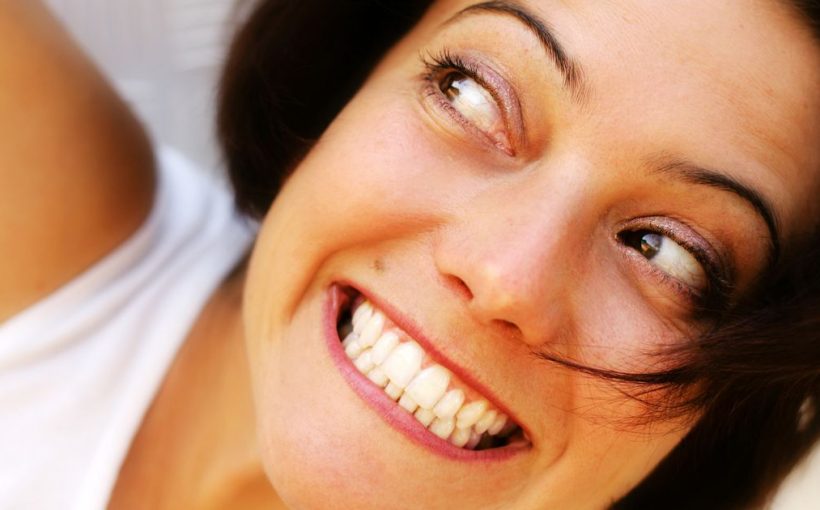 They say the eyes are the ­windows to the soul but your mouth has plenty to say about your general health.

Here’s our guide to the danger signs – from bleeding gums and cracked lips, to ground-down teeth…

Even if you think your diet is balanced, it’s easy to miss out on key nutrients.

And sometimes those deficiencies show up in your lips, says Cath Collins, dietician at St George’s Hospital in London.

“If your lips suddenly become dry, or you develop painful cracks at the corners of your mouth, you could be running low on iron, zinc, vitamin B3, or vitamin B6,” Cath says.

The solution may be as simple as adding a little red meat to your diet – it is a rich source of both iron and zinc.

You can also find iron, zinc, and B vitamins in foods such as salmon, eggs and leafy greens.

To be safe, visit a GP for a test if you suspect a nutrient deficiency.

Severe gum disease can be an early warning of health issues including heart disease and type 2 diabetes.

“Bleeding when brushing or flossing can be a sign of inflamed tissue due to the body’s immune cells fighting off harmful pathogens deeper inside your body,” says Dr Reena Wadia, a gum specialist from the RW Perio clinic in London.

The inflammation can also be a sign of an imbalance in the gut, which can be caused by medications like aspirin, and excessive alcohol.

“This imbalance of good and bad bacteria in the gut is called dysbiosis, linked to conditions like allergies, type 2 diabetes, obesity and even brain disorders such as ADHD and even dementia,” Dr Wadia says.

“Balancing your diet with pre and probiotics, as well as monitoring medicine intake and cutting back on alcohol, has long-term benefits.”

If you normally pride yourself on your oral health but start noticing your gums are inflamed and bleeding, you may be pregnant.

“Gingivitis is common during pregnancy because the hormonal changes increase blood flow to the gum tissues, causing them to become more sensitive, irritable, and swollen,” says Dr Wadia.

These hormones can also thwart your body’s ability to fight bacteria, raising your risk for plaque build-up.

If you’re not pregnant, gum disease, where the gums become swollen and sore, is pretty common. It’s caused by a build-up of plaque.

You might not be brushing as well as you think, so see a hygienist…

Tooth-grinding, or bruxism, is often caused by a small jaw that doesn’t support the airway, more commonly seen in women than men.

“This mismatch causes upper airway resistance syndrome, which means sufferers are in a constant state of interrupted sleep where their brain is being told the airway needs to be opened,” says Dr Beata O’Donoghue, a sleep consultant at The London Clinic (thelondonclinic.com).

This activates the sympathetic nervous system – the body’s survival mode – which releases adrenalin and sends the body into stress and tooth-grinding.

Solutions include nasal strips, breathing exercises before bed and meditation.

In other cases tooth grinding can be due to stress. Mouthguards can help to protect teeth as you sleep.

Older adults are vulnerable to teeth that appear to be crumbling away. But this erosion isn’t an ­inevitable consequence of ageing.

“Disintegrating teeth can happen at any age, and it’s usually caused by acid that comes up from the stomach and dissolves the enamel,” says Professor Alastair Forbes, a consultant gastroenterologist.

Gastroesophageal reflux disease is caused by a faulty barrier between the stomach and the oesophagus.

It is thought to affect 10 to 30% of the population, more frequently in those who are obese and elderly, and studies have linked it with a greater chance of developing cancer of the throat, tonsils and sinuses.

These can be caused by something as simple as eating something hot or sharp, or brushing teeth too hard.

But when an open sore in the mouth doesn’t go away within a week or two, it is worth getting it checked out as it could be oral cancer.

Oral cancer has a low survival rate of 35%, but this is mainly because cases are often detected too late.

Suspicious oral ulcers tend to be raised sores and often have red or white (or red and white) borders.

They may lurk underneath the tongue, where they’re hard to see.

If you notice your gums growing over your teeth and you’re taking a medication for a heart condition or to suppress your immune system, speak to your doctor, says Dr Wadia.

“It is a sign the medication or dosage need to be adjusted. Certain drugs can stimulate the growth of gum tissue,” she says.

This can make it hard to brush, inviting tooth decay. In extreme cases, the tooth can be covered.