Home » Health News » Steroids for COPD: Do they work and how? 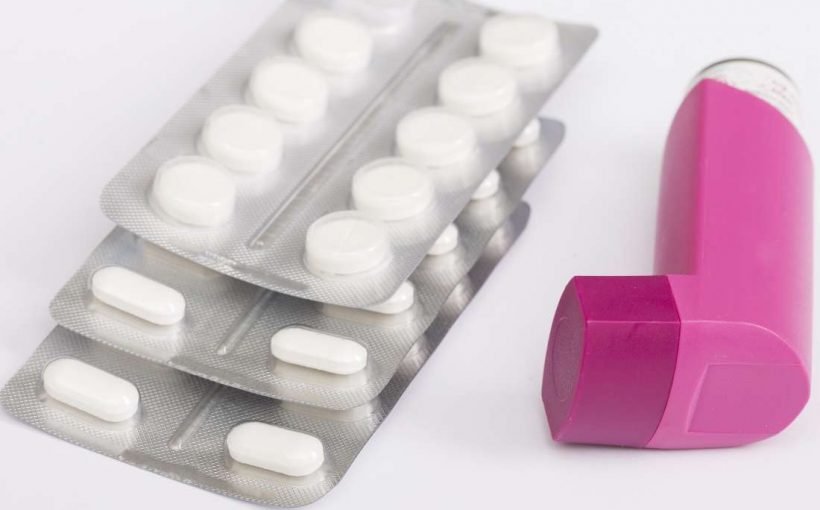 Risk factors for chronic obstructive pulmonary disease (COPD) include cigarette smoking or exposure to irritants, such as chemicals or pollution. These factors can damage the air sacs and airways in the lungs.

There is no cure for COPD, so treatments typically aim to improve a person’s quality of life and prevent the condition from getting worse.

When bronchodilators cannot control the condition, a doctor may prescribe steroid, or corticosteroid, treatments. These are medications that can reduce inflammation in the airways, making it easier to breathe.

While steroids are available as tablets, inhaled steroids are also available. This article will explore the research behind using steroids as a treatment for COPD, including how they work and the possible risks.

How do steroids work for COPD?

Steroids work by reducing the number of inflammatory compounds called eosinophils in the lungs.

Doctors commonly prescribe steroids for asthma because people with asthma have high levels of eosinophils in their airways, which can cause problems.

However, doctors do not usually prescribe steroids as a standard treatment for COPD because the condition has different underlying causes than asthma.

Breathing problems due to COPD do not always come from immune system reactions but from damage to the lungs caused by smoking or inhaling other irritants.

Instead of steroids, doctors usually prescribe bronchodilators to treat COPD. These are medicines a person inhales that act on the tissues in the lungs to dilate, or widen, the airways. Bronchodilators ideally make it easier for a person to breathe.

However, if a person’s COPD becomes more severe or they experience a COPD exacerbation, which is a period when their symptoms get worse, a doctor may recommend combining a bronchodilator with corticosteroid treatments.

Corticosteroid treatments may involve using inhaled steroids or taking oral steroids, such as prednisone. Sometimes a doctor will conduct tests, such as taking a sputum sample, to determine if a person has eosinophils in their sputum. If they do, they may respond better to steroid treatments.

A doctor may prescribe the following inhaled steroids for COPD:

Doctors may also prescribe combination medications for COPD, such as:

A doctor will consider an individual’s symptoms, overall health, and responsiveness to previous treatments when prescribing steroids for COPD.

A 2015 review concluded that there is “no survival benefit” for those with COPD using inhaled steroids.

However, the study’s authors called for further research into determining which people could benefit from inhaled corticosteroids.

Further research could include testing to determine if inhaled steroids might be beneficial for people with certain types of inflammatory compounds in their lungs.

According to research from 2014, taking oral steroids has some benefits for people with COPD.

The review reports that oral steroids may improve lung function, reduce shortness of breath, and result in lower relapse rates for people with moderate and severe COPD exacerbations.

One of the most significant concerns about oral corticosteroids is how long a person should take them for.

Doctors typically prescribe steroids for periods of 8 weeks. However, research has shown that a 14-day course of treatment could offer similar results.

A 2013 study looked at the effectiveness of prednisone. Some participants took the medication for 5 days while others took it for 14 days for COPD exacerbations.

The study included 314 participants who came to an emergency department with COPD exacerbation. All participants had a greater than 20-year history of smoking and did not have asthma.

At a follow-up appointment 6 months later, the researchers asked participants to report if they had experienced a COPD exacerbation during the study period. The authors concluded that taking steroids for 5 days did not have worse outcomes than taking them for 14 days.

Some of the potential side effects of steroids include:

Steroids are not a suitable treatment for every person who has COPD. So, before prescribing steroids, a doctor will assess a person’s overall health, their other medications, and COPD progression. They will also discuss the risks and benefits.

The risks of taking steroids vary depending on the specific medication that a person may be taking.

For example, the medication beclomethasone (Qvar) may cause some people to have thoughts about suicide.

Although this side effect is rare, it is essential that a person knows about this potential risk before using the drug, especially if they have a history of mental health conditions.

Steroids can also increase intraocular pressure, which is fluid pressure in the eye. This can be problematic for those who have eye conditions, such as glaucoma.

Other treatments may include:

There is no cure for COPD, so treatment will focus on reducing the symptoms and risk of complications.

Steroid use for COPD is still controversial. Studies have not yet proven they are effective in reducing COPD symptoms and enhancing a person’s quality of life.

However, they may help some people, such as those whose symptoms are made worse by immune-system reactions.

A person should always discuss the risks and possible benefits of using steroids to treat COPD with a doctor first.