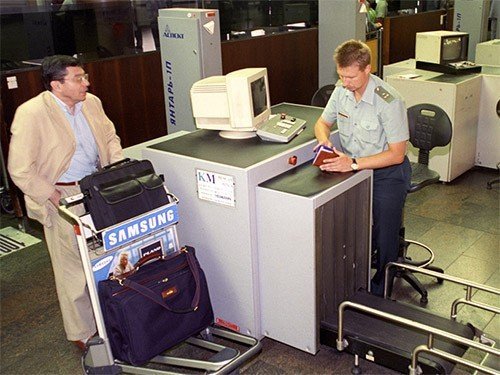 A new Finnish-British study found that plastic trays for examination of things contain more viruses. The results of the study were published in the journal BMC Infectious Diseases.

The experts on pandemics found the virus on 10% of studied surfaces of airports, including payment terminals, stair handrails, passport controls and children’s playgrounds.

Most often, the researchers found the virus in plastic trays, circulating among the passengers, standing in line for x-ray inspection of hand Luggage at a checkpoint. In these trays, passengers often put their shoes and various liquids. According to the researchers, these trays some viruses can live up to two days, as their surface is hard and non-porous.

The experts came to the conclusion that hand washing and careful hygiene when coughing are critical to combat communicable infections in public places with a large number of people.

Representatives of Nottingham University, said that the most common virus detected in the study was rhinovirus, which causes colds. Often detected the virus of influenza A.

On the surfaces of the toilet in the course of the study found no respiratory viruses.

People can minimize the risk of infection with hand washing and hygiene when coughing, coughing into a handkerchief, piece of cloth or sleeve, especially in public places. These simple precautions can help prevent an epidemic and it is important to observe in places of a mass congestion of people, particularly at airports, through which masses of people travelling from different parts of the world, says the study’s author, Professor Jonathan van Tam (Jonathan Van Tam) from the medical school of Nottingham University.

Expert on Virology Niina icon (Niina Ikonen) from the Finnish national Institute of health and welfare said that the problem of the presence of germs in airports not previously been investigated.

The results of the study confirm the need for readiness planning to control the spread of serious infectious diseases in airports. They also give new ideas for technical improvements that should be considered during the design and repair of airports, says Niina icon.