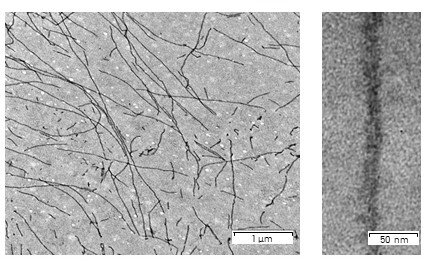 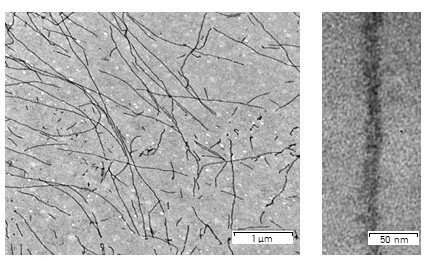 Alzheimer’s disease is the most common neurodegenerative disorder in which neurons gradually die off, leading to dementia. The exact mechanism and causes of this disorder have not yet been identified. However, it is known that amyloid plaques form in the brains of patients. Plaques consist of amyloid fibrils, which are special filamentous assemblies formed by amyloid proteins.

“The number of patients with neurodegenerative disorders will continue to grow in the future. Thanks to the success of humanity in the treatment of cancer and cardiovascular diseases, more and more people are living into their 80s. At this age, the risk of developing neurodegenerative disorders, including Alzheimer’s disease, becomes very high. Unfortunately, no cures for these diseases have yet been found’ says Nikolai Skrynnikov, a co-author of the research, Ph.D., Professor, Head of the Biomolecular NMR Laboratory at St Petersburg University.

According to Nikolai Skrynnikov, scientists have deciphered the structural features of amyloid deposits relatively recently. However, a more detailed study of amyloidogenesis is faced with a number of difficulties. In particular, this is because in brain tissues amyloid fibrils coexist with other structural forms of amyloidogenic protein. These are monomers, proteolytic fragments, and various oligomers, some of which serve as ‘seeds’ for building new fibrils. Analyzing such a mixture is a major challenge. For example, when studying amyloidogenic samples by means of nuclear magnetic resonance (NMR) spectroscopy, one obtains a multitude of signals that originate not only from fibrils that are of interest to scientists, but also from other protein species. Experts are therefore looking for ways to separate the spectral signals of fibrils and other concomitant structural forms.

The most obvious and straightforward method to achieve this goal is the so-called ‘diffusion filter.” This is a special NMR experiment that makes it possible to separate signals from heavy fibrils and other more mobile components of the sample. However, about ten years ago scientists from Oxford University published two articles in which the feasibility of such a filter for samples of amyloid fibrils has been put into question. After that, the research in this field has come to a halt. 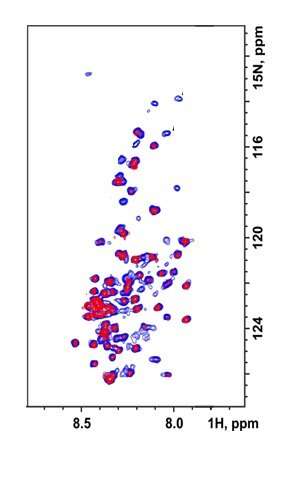 “The motion of a fibril can be likened to random motion of a log on the surface of a lake, while the motion of a monomer is like that of a pine needle. The researchers from Oxford argued that the rotation of the log might be faster—while turning, the linear speed at the ends of the log proves to be sufficiently high. For this reason, according to the authors, it becomes impossible to distinguish between a rapidly turning log and a nimble needle,” explains Nikolai Skrynnikov. “But this is far from the truth.”

The scientists from St Petersburg University put the assertion of their Oxford colleagues to a rigorous test, and not only disproved it, but also created a new theory of the diffusion NMR experiment. Moreover, the researchers described the essence of the effect by three methods: the analytical method, i.e. by deriving a compact formula that reflects the outcome of the experiment; the numerical method, i.e. by solving certain differential equation by means of a suitable numerical algorithm; and the Monte Carlo method, i.e. by using computer simulation to capture random fibril movements in solution. All three methods showed virtually identical results, thereby validating the new theory.

For the experimental verification of the new theory, the researchers have turned to yeast protein Sup35, which is known to have amyloidogenic properties. Scientists from St Petersburg University played a prominent role in the early studies of this protein. Professor Sergey Inge-Vechtomov, his students and followers were among the first investigators of Sup35. The research team from the Biomolecular NMR Laboratory at St Petersburg University together with the scientists from the University’s Department of Genetics and Biotechnology used Sup35 as a model system to demonstrate that the use of a diffusion filter in samples containing amyloid fibrils is indeed possible. The researchers successfully obtained a spectrum of fibrils, ‘cleared’ from other spectral signals.