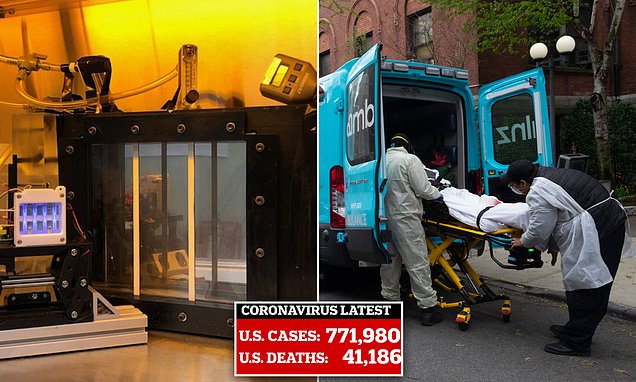 A scientist at Columbia University in New York says a certain kind of light may be the secret to killing off the novel coronavirus.

Dr David Brenner, director of the school’s Center of Radiological Research, has been studying how to use ultraviolet light – better known as UV light – to prevent the spread of diseases for years.

Germicidal UV light is used in hospitals and medical centers to clean rooms and equipment, but it’s a health hazard to humans and can cause skin cancer and eye diseases.

But there is a special type of UV light called far-UVC light that kills microbes but is not dangerous. 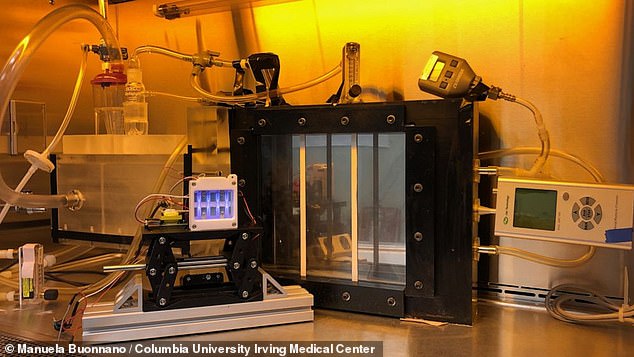 Scientists are studying a special type of UV light, known as far-UVC light, that can kill microbes without penetrating human skin (pictured) 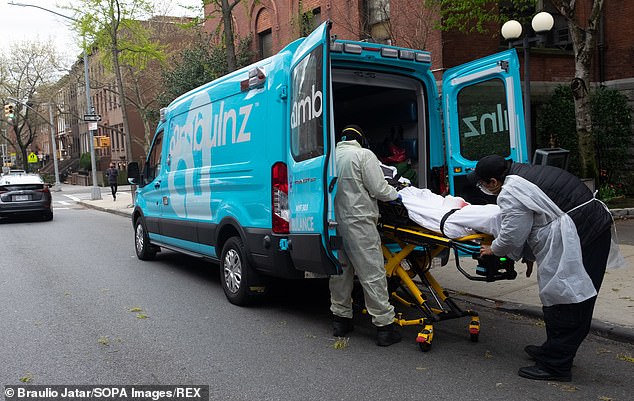 A 2018 study found that it can kill more than 95% of viruses like the coronavirus. Pictured: Ambulance workers pickup an elderly man from Cobble Hill Health Center in Brooklyn, New York, April 18 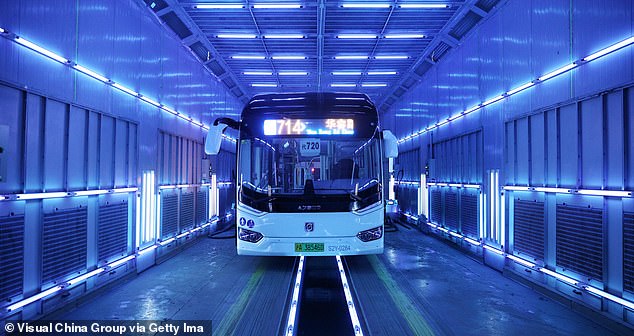 China and South Korea are currently using UV light to clean buses and trains to speed up the reopening of mass transit. Pictured: A bus is being disinfected by ultraviolet light in Shanghai, China, March 4

Far-UVC light, on the other hand, is powerful enough to be used as a cleanser but does not damage skin cells.

Before the coronavirus outbreak occurred, Brenner was studying whether far-UVC light could kill airborne viruses, in preparation for flu season.

A 2018 study published in Scientific Reports, which Brenner co-authored, shows that the light can kill more than 95 percent of viruses like the coronavirus.

That’s because the virus is covered with a thin membrane that is easily broken apart by UV rays.

Brenner’s team has since tested the light against two seasonal coronaviruses, and is now testing the strain responsible for the pandemic, SARS-CoV-2.

‘We saw we can kill 99 percent of the virus with a very low dose of far-UVC light,’ he told ABC News.

‘There’s no reason to believe it’s going to be different from these results.’

However, there is one hiccup. Far-UVC lamps have not yet been approved by the US Food and Drug Administration.

If they are approved, Brenner told ABC News they could be used in any public places include modes of transport like airports and train stations, in addition to schools and hospitals. 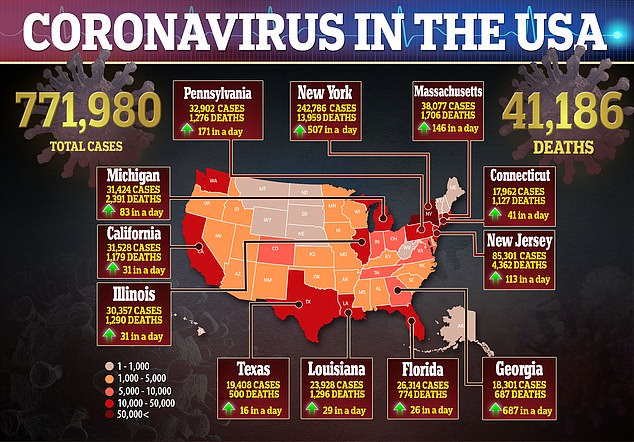 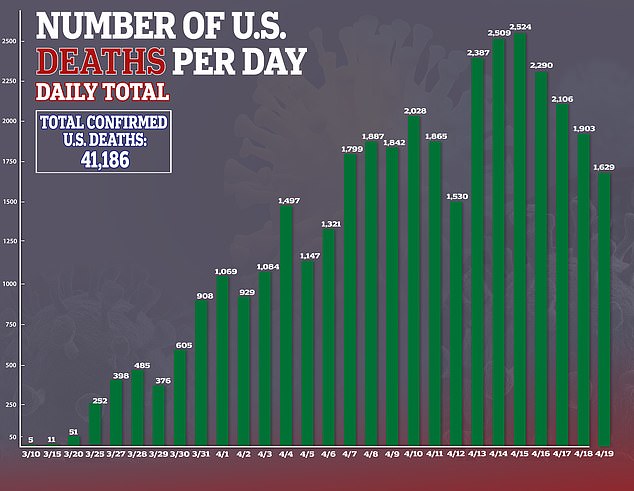 ‘Right now there is no real approach to trying to reduce the amount of viruses in a room where people are and somebody sneezes and coughs,’ he said.

‘If you could actually decontaminate the air around you pretty quickly, that would be a real plus.’

When states begin to re-open their economies, disinfection – of door handles, mass transit system, elevators and such – will be a top priority to prevent a second wave.

In China and South Korea, either installed UV light or attached to robots is being used to clean buses, trains and more in just five minutes.

Many health experts say this method is safer, faster and cheaper than other disinfecting measures and could accelerate the reopening of the economy.