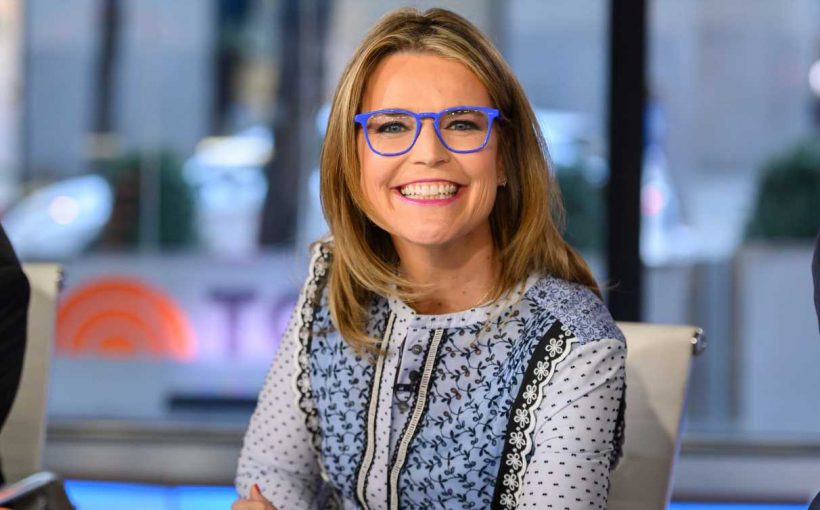 Savannah Guthrie has been out from Today lately, leaving fans wondering what’s going on. Well, she just called into the show to reveal that she actually suffered a scary eye injury while playing with her 2-year-old son Charley.

“Charley threw a toy train right at my eye and it tore my retina,” Savannah said. “It has a really pointing edge and he threw it right at me.”

While that sounds super painful, it gets worse: Savannah said the accident left her temporarily blind in her right eye.

“It happened last week, actually, and then I lost my vision in my right eye about 24 hours later,” she said. “It turned out to be kind of serious. They were afraid my retina would detach. They told me to just take it easy and they’ve been doing a bunch of laser procedures to avoid having to do the whole surgery.”

Savannah is still trying to recover from the whole thing. “I really did lose my vision in my right eye,” she said. “It was so blurry from—not to get too gross—but there was so much blood in my eye that it completely blocked my vision.”

Apparently, she’s not completely out of the woods yet: Savannah said she’s been working with her doctors to try and“weld back” her retina. “It’s looking more hopeful,” she added.

Get well soon! @SavannahGuthrie is on the phone to give more insight on the eye injury she sustained after her son threw a toy truck that tore the retina in one of her eyes. @DrNatalieTV is also here to help explain the healing process and what she can expect. pic.twitter.com/7Tvj58rtY7

Savannah is supposed to be at the annual Macy’s Thanksgiving Day parade tomorrow, but she said she’s not 100 percent sure if she’ll be able to make it. “I’m actually still hoping I can do the parade tomorrow,” she said. “I’m not supposed to jump up and down because it’s kind of literally hanging by a thread. But I’m very positive because I think it’s going to be okay.”

Apparently, Charley still has the train, because Savannah posted a few pics of the toy-turned-weapon on Instagram.

For the record, Savannah doesn’t blame her son for the accident. “He’s 2, so he doesn’t even know what he did,” she said. “I wouldn’t want to make him feel bad for it. He hears me talking about it and he has no idea. I was FaceTiming with my mom to tell her and he came running in and said, ‘I did it!’”