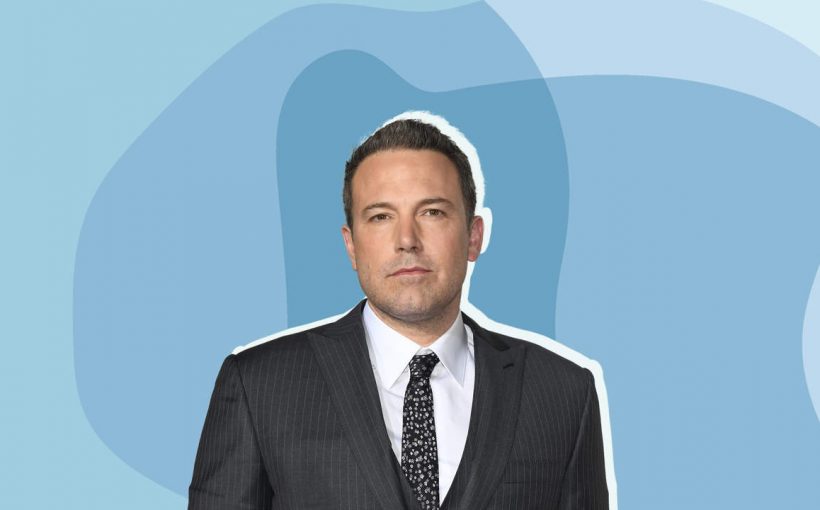 Actor Ben Affleck has been very open and honest about his struggles with alcoholism, but now, it seems as though the actor has had a setback in his recovery process.

On Saturday, a video courtesy of TMZ surfaced of a seemingly intoxicated Affleck nearly falling down in the street outside of the UNICEF Masquerade Ball. Just hours before, in a heartwarming Instagram post, Affleck revealed that he had “been in recovery for over a year,” leaving many people to wonder what had gone wrong. “It was just a slip,” he later told a member of the media outside of his ex-wife, Jennifer Garner’s, home on Sunday, according to TMZ. “I’m not going to let it derail me.”

Affleck's struggles with sobriety have been all but private: The Batman star first checked into rehab in 2001, followed by a stint in 2017, and one in August 2018. Some of his relapses have been public spectacles, with the star either caught on camera or video appearing inebriated, or spotted buying alcohol. However, Affleck, like many other celebrities, has been pretty honest about his journey.

“This week I completed a 40-day stay at a treatment center for alcohol addiction and remain in outpatient care,” he wrote on Instagram in 2018. “Battling any addiction is a lifelong and difficult struggle. Because of that, one is never really in or out of treatment. It is a full-time commitment. I am fighting for myself and my family.”

In 2019 he confessed to Hoda Kotb during a segment on Today that he isn’t ashamed of his disease. “It doesn’t really bother me to talk about alcoholism and being an alcoholic,” he revealed after the talk show host asked him about his third trip to rehab. “It’s part of my life. It’s something that I deal with. It doesn’t have to sort of subsume my whole identity and be everything, but it is something that you know you have to work at.”

How common are relapses while in recovery for alcohol or substance abuse?

According to the U.S. Department of Health and Human Services, almost 20 million American adults battle a substance abuse problem every year—and according to the National Institute on Drug Abuse, the relapse rate for substance abuse problems is somewhere between 40 to 60 percent. Most experts point out that it is impossible to calculate exact statistics due to the fact that population data isn’t great. For example, it’s hard to track people who have identified as alcoholics over an extended period of time, or gauge how involved in recovery they really are. But regardless, having sobriety slip-ups like Affleck are very common.

“Relapse is part of recovery,” family and addictions therapist Paul Hokemeyer, PhD, author of the newly published book Fragile Power: Why Having Everything Is Never Enough; Lessons from Treating the Wealthy and Famous, tells Health. The explanation behind that partially had to do with body chemistry. “Our central nervous systems are set up in a way that we act impulsively on uncomfortable emotions and it takes time to recalibrate our neurosociology,” he says. “Addiction is a chronic disease that flares into acuity if proper interventions aren’t put in place.”

Stephen Holt, MD, a Yale Medicine expert in addiction medicine, agrees. “This is not a disease that you cure, but one that you manage over time," he says. Those who have gone through recovery for substance abuse can be successful for a very long time, until something happens that throws them off course. "Maybe they are grieving the loss of a loved one or an old significant other comes back into their lives and sets them back," says Dr. Holt. "Perhaps they get cocky about their recovery and stop engaging in self-care. All of those types of things can lead to relapse.”

While avoiding relapse is difficult for anyone who is dealing with addiction issues, there may be increased complications for those like Affleck who live in the public eye. “Celebrities struggle with sobriety more than most people because they don’t have an internal scaffolding often to hold the intensity of their feelings,” says Dr. Hokemeyer. Their recovery process is also challenged by their celebrity identity and a possible lack of a social support system, he says.

What should someone like Affleck do after a relapse?

According to Dr. Hokemeyer, to ensure long-term sobriety an individual needs to diligently work on three areas of their life: social, psychological, and physical. This can include everything from going to therapy and attending daily 12-step meetings, focusing on developing healthy relationships with friends and family, to maintaining a healthy diet and exercise regiment.

Dr. Holt also points out that for whatever reason, most alcohol abuse recovery programs focus on behavioral treatments and 12-step meetings, with very little emphasis on medication-facilitated treatment. “Medications can really help with the disease, but the message isn’t really out there,” he explains. “There are an array of pharmacological therapies and we should be using them.”

Currently there are three prescription medications approved by the FDA to treat alcohol abuse: Naltrexone, Acamprosate, and Antabuse, which he refers to as the “unsung hero” of alcohol abuse treatment. While the first two work towards diminishing cravings, the latter makes it pretty much impossible for an individual to drink the day they take it, as drinking will make them physically sick. It removes the internal struggle and rationalizing battle that many alcoholics struggle with on a daily basis, says Dr. Holt.

It is crucial to keep in mind, however, that recovery is an ongoing journey—not a race. “Change occurs slowly over time,” says Dr. Hokemeyer. “And relapse is often part of the whole process.” Over time, the amount of distance between recovery and relapse will hopefully grow. “When somebody tries to get sober initially, their journey is plodded with some relapses,” he continues. “But the main goal is to learn from those relapses and make tweaks to their recovery program and build internal architecture and external scaffolding to help support them through the inevitable challenges that come up in ones path along sobriety.”