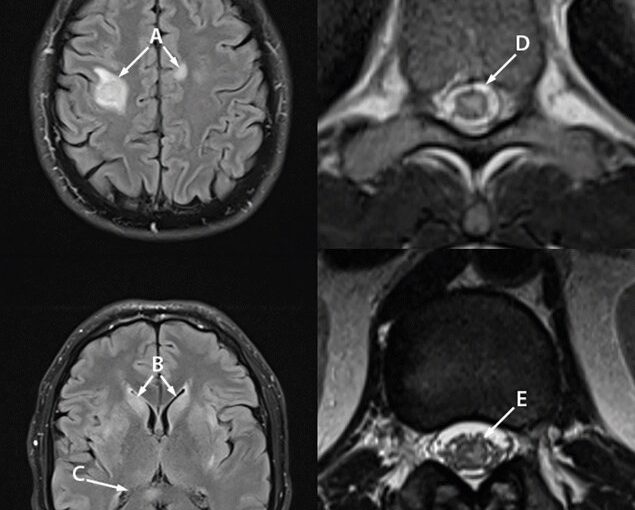 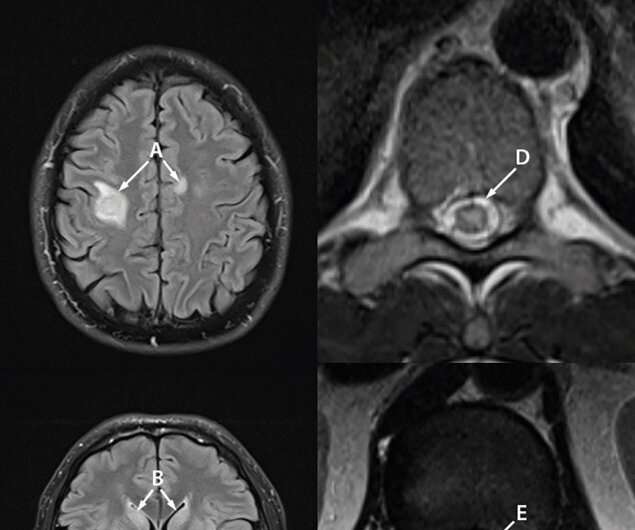 As the monkeypox outbreak continues to spread around the globe, a rare but potentially serious complication of the virus has been discovered by Daniel Pastula, MD, MHS, associate professor of neurology and infectious diseases at the University of Colorado School of Medicine and epidemiology at the Colorado School of Public Health.

Pastula is the lead author of a study, published in the Centers for Disease Control (CDC) and Prevention’s Morbidity and Mortality Weekly Report, that found two cases of monkeypox-associated encephalomyelitis—inflammation of the brain and spinal cord—in patients in Colorado and Washington, D.C. Among the other researchers on the paper is Ken Tyler, MD, professor of neurology.

Pastula and Tyler first warned of the neuroinvasive potential of monkeypox in August in a review published in Annals of Neurology, writing that the disease “likely has the potential to be neuroinvasive based on animal models, previous case series, and preliminary reports currently under investigation. Even though neurologic manifestations of human monkeypox virus infection are rare, given the increasing cases throughout the world, neurologists should be prepared to recognize, diagnose, and treat potential neuroinvasive disease or other neurologic symptoms.”

We spoke with Pastula about both papers, and the current state of monkeypox.

Q: What was your initial concern about the neuroinvasive potential of monkeypox during this outbreak?

A: We have a neuroinfectious disease group here at the University of Colorado School of Medicine that Dr. Tyler and I are part of, and we were concerned about the increasing numbers of monkeypox virus cases. Historically with monkeypox and its cousin, smallpox, there have been reports of neurologic syndromes associated with them. It’s rare, but they have been described. With the increasing numbers, we were concerned that we might start seeing neurological effects. That’s why Dr. Tyler and I wrote the review in early August warning people to be on the lookout for these.

Q: When did you first see the actual cases of encephalomyelitis in the two affected patients?

A: It was just a couple of days after that paper published in August that we were alerted to the case in Colorado. We got our neuroinfectious disease group together to help figure out what was going on and worked with the Colorado Department of Public Health and the Environment and CDC. We also learned of a second case in the District of Columbia.

Q: Can you give an overview of what happened with these two patients?

A: In general terms, this report describes two young, presumably healthy, gay men who contracted a systemic monkeypox virus infection. There was no known contact with someone infected with monkeypox that they knew of, but they developed the systemic illness and the characteristic monkeypox rash. In one case five days and the other case nine days later, they developed inflammation of the brain and the spinal cord.

We don’t know whether it was from the virus getting into the brain and the spinal cord, or whether the systemic infection triggered an autoimmune reaction that caused the immune system to target those regions, but we treated it like it could have been either.

Both cases were treated with the appropriate antiviral medication, and then, considering there might have been edema or an autoimmune component to this, both were given steroids for a time. We tried them both on IV immunoglobulin, which is an immunomodulatory medication, but it wasn’t successful in making their symptoms better, so we switched after a few weeks to a plasma exchange to remove that “inflammatory soup” that might have been going on.

Q: Was the treatment successful?

A: Whether it was time, the antivirals, or the other immunomodulatory treatments, we don’t know. But both patients improved. At last follow-up, about a month afterward for each, they were out of the hospital and walking, but needed an assistive device. We hope they continue to improve.

Q: What is the main purpose of the report you wrote for the CDC?

A: It shows that neurologic syndromes associated with monkeypox virus infections are rare —there are more than 20,000 cases of monkeypox reported in the United States and we found two who developed encephalomyelitis, so we’re talking much less than 1% of cases. But if you have enough people getting monkeypox, you will see rare cases.

The reason we wrote that review and these reports was to make clinicians aware that in people who have monkeypox virus infections, they can sometimes cause a neurologic syndrome. It’s rare, but it that may happen.

Q: The monkeypox outbreak started in May; what is the current state of it?

A: There are still cases going around, but they do not seem to be increasing exponentially as they were before. If anything, it seems like the cases are leveling out. It seems that vaccines are getting to the higher-risk populations.