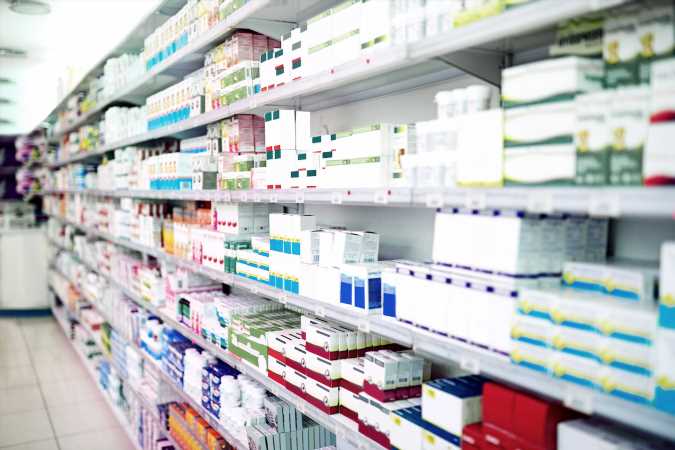 The clock was about to strike midnight, and Scott Newman was desperately feeding pages into a scanner, trying to prevent thousands of dollars in prescription payments from turning into a pumpkin.

As the owner of Newman Family Pharmacy, an independent drugstore in Chesapeake, Virginia, he was responding to an audit ordered by a pharmacy benefit manager, an intermediary company that handles pharmacy payments for health insurance companies. The audit notice had come in January as he was scrambling to become certified to provide covid-19 vaccines, and it had slipped his mind. Then, a month later, a final notice reminded him he needed to get 120 pages of documents supporting some 30 prescription claims scanned and uploaded by the end of the day.

“I was sure I’d be missing pages,” he recalled. “So I was rescanning stuff for the damn file.”

Every page mattered. Pharmacy benefit managers, or PBMs, suspended in-person audits because of covid last year, shifting to virtual audits, much as in-person doctor visits shifted to telehealth. Amid added pandemic pressure, that means pharmacists such as Newman are bearing significantly more workload for the audits. It also has allowed benefit managers to review — and potentially deny — more pharmacy claims than ever before.

According to data from PAAS National, a pharmacy audit assistance service, while the number of pharmacy audits in 2020 declined nearly 14% from the year before, the overall number of prescriptions reviewed went up 40%. That meant pharmacies had to provide more documentation and stood to lose much more money if auditors could find any reason — even minor clerical errors — to deny payments.

The average audit in 2020 cost pharmacies $23,978, 35% more than the annual average over the previous five years, the PAAS data shows. And the number of prescriptions reviewed in September and October was fourfold over what PAAS members had seen in previous years.

Pharmacists have long complained that audits seem to have little to do with rooting out fraud, waste and abuse, but have become a way for these intermediary companies to enrich themselves. According to business analysts at IbisWorld, the pharmacy benefit manager market in the U.S. has grown to nearly $458 billion this year, up from less than $300 billion eight years ago.

Even before the pandemic, independent pharmacies were struggling financially with reimbursement rates they say are too low, the loss of customers to mail-order services or chain pharmacies, and a variety of measures by the benefit managers, including charging pharmacies fees and keeping manufacturer rebates for themselves.

Adding insult to injury: Many independent pharmacies report having received buyout offers from the large drugstore chains that own the PBMs, which pharmacists see as the primary reason for their financial struggles.

At a minimum, pharmacists say, virtual audits increase wait times and drive up costs for customers. At worst, the audits cost pharmacies thousands of dollars in payments for drugs already dispensed to customers, and may ultimately drive them out of business.

“It’s definitely pulling pharmacy staff away from their duties, and it’s become an administrative burden, which does have a direct impact on patient safety,” said Garth Reynolds, executive director of the Illinois Pharmacists Association. “They have to be the de facto audit team for the pharmacy benefit managers.”

Trent Thiede, president of PAAS National, said many of the more than 5,000 pharmacies he works with stepped up to offer covid testing and shots and to become an even bigger resource for customers during this health crisis. “With vaccinations in full swing, priorities should be focused on serving patients and our communities, not responding to audit requests,” Thiede said.

When auditors come in person, they primarily do the review themselves, occasionally asking pharmacists to pull additional documentation.

“In these virtual audits, you have to pull the prescription, put it through a copier of some kind, get everything aggregated, get all the signature logs. They want your license off the wall. They want all the employee licenses faxed,” Thiede said. “It’s a lot more laborious for these pharmacies.”

Express Scripts, one of the nation’s largest benefit managers, moved to virtual audits as a safety measure, said spokesperson Justine Sessions. “The virtual experience is very similar to the in-person audits in both scope and scale, and are conducted with the same frequency,” she wrote in an email. “When it is safe to do so, we intend to resume on-site audits.”

CVS Caremark, a benefit manager affiliated with the CVS pharmacy chain, and OptumRx did not respond to requests for an interview.

Dave Falk, who owns 15 Illinois pharmacies, said the largest audit he had ever seen before the pandemic was for 60 to 70 prescriptions, valued at $30,000 to $40,000. Then, last fall, his pharmacy in Robinson had to defend $200,000 in prescriptions in a virtual audit.

“None of these prescriptions were below $450,” he said. “These audits are not random. It’s a money grab by PBMs.”

He was appalled when the auditor asked his pharmacist to report the temperature of the refrigerator for perishable medications. The information has no bearing on whether prescriptions filled months earlier were appropriate.

“They’re looking for any reason to recoup funds,” Falk said.

After Falk and his pharmacist spent hours providing the documentation, the auditor initially denied $36,000 in drug payments, mostly because of missing patient signatures. Like most pharmacies during the pandemic, Falk’s had stopped collecting patient signatures last year for safety reasons. Major trade associations representing the PBM companies and pharmacies had come to an agreement last year that patients wouldn’t need to sign for medications provided through mail order, delivery or curbside pickup.

Nonetheless, Falk’s staff had to track down dozens of patients to have them sign affidavits that they had received the prescriptions, reducing the auditor’s denial to $12,000.

In Newman’s eight years as a pharmacist, he said, he has undergone six audits, all but the most recent done in person. In the virtual one, conducted on behalf of the health insurer Humana, Newman uploaded his documentation before the deadline. But he, too, was flagged for missing signatures.

Dan Strause, president and CEO of Hometown Pharmacy in Madison, Wisconsin, said his pharmacies received more than 1,000 pages of audit requests last year, covering more than $3 million in prescription claims. That represented 1.5% of his company’s total annual revenue. He said pharmacists saw a surge last year of what they call predatory audits, which look for ways to deny legitimate payments for prescriptions.

“What they did in 2020 was reprehensible,” Strause said. “While we were taking care of patients, they’re sitting back in their comfy offices figuring out ‘How can we make money off this? Can we find a loophole? Can we find a missing document? Can we find a reason to take back stuff?’”

Lisa Dimond, a spokesperson for Humana, said the company is required by the government to perform audits to see if pharmacies are adhering to regulations, but conducted fewer audits and reviewed fewer prescriptions in 2020 than in 2019.

“We have worked to reduce as much administrative burden as possible on our network pharmacies, offering extensions, when needed, while still working to ensure pharmacies are filling prescriptions appropriately for the safety of our members,” she said in a statement.

Pharmacists bristle when large pharmacy chains that operate their own benefit managers offer to buy their stores, acknowledging that times are tough. Joe Craft owns the Happy Druggist chain of pharmacies in central Ohio. He said he regularly receives letters seeking to buy his business from the same companies that cause him to lose an average of $6,000 in payments with every audit, about a week’s worth of revenue for a single drugstore.

“When you read that letter, you’re thinking to yourself, ‘Hell, yeah, times are tough,’” he said. “Of all people, they should know.”

And oftentimes, when independents are sold to bigger chains, those drugstores are shut down, and the chain pharmacy directs customers to one of its locations miles away.

Thiede and many pharmacists believe that, while in-person audits may resume after the pandemic, virtual audits may be here to stay as well.

“They can do more because they don’t have to travel and fly across the country and sit in your pharmacy all day long,” Thiede said. “They can just do it from their home and accomplish more.”