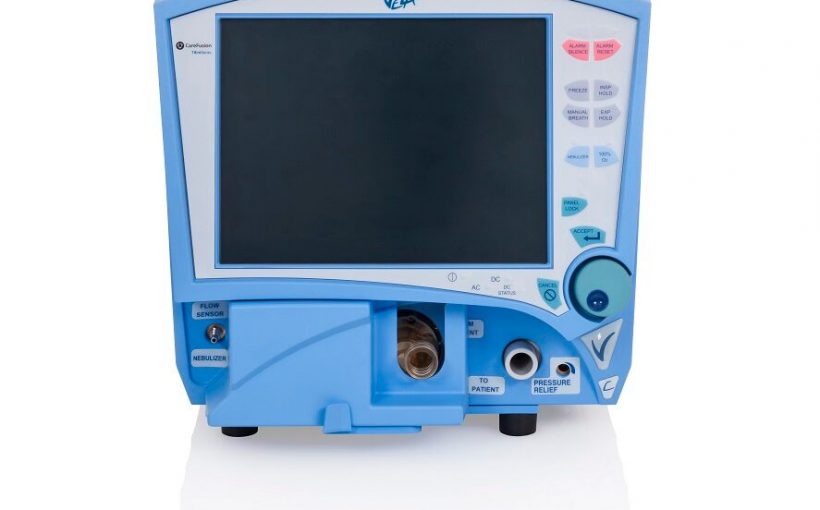 At one point during the height of the coronavirus pandemic, staffers at New York’s largest hospital network were forced to shop at hardware stores for garden hoses to make the ventilators they had received from the state actually work, according to a new book.

This experience and many others resulted in Northwell Health seeking to buy its own medical supply company so it never again has to rely on China or other governments for vital goods like vents, scrubs and masks.

“We should never again have less than a robust stockpile of ventilators and other essential equipment… Overreliance on China to manufacture vital supplies is a perilous gamble,” Northwell Health executive director Michael Dowling writes in “Leading Through a Pandemic.”

“We at Northwell Health are considering acquiring a supply company to achieve a measure of self-sufficiency when it comes to vital supplies.”

Northwell’s network of 23 hospitals treated some 70,000 coronavirus patients — more than anywhere in the country. 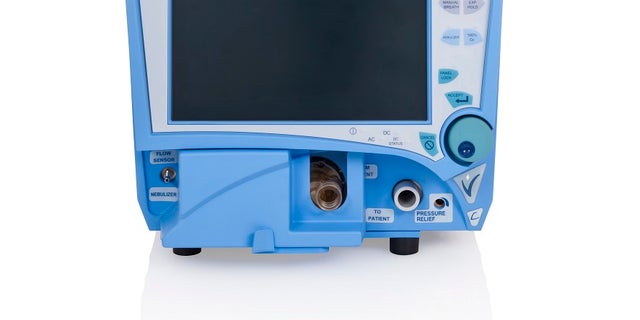 This undated photo provided by Vyaire Medical, Inc. shows a VELA ventilator. U.S. hospitals bracing for a possible onslaught of coronavirus patients with pneumonia and other breathing difficulties could face a critical shortage of mechanical ventilators and health care workers to operate them. (Ken Hansen/Vyaire Medical, Inc. via AP)

But staffers were plagued by a dire lack of medical equipment, so much so that “Even when we did receive much-needed ventilators from New York State, many arrived without parts needed to make them functional,” execs wrote.

“At one point our staff members went to hardware stores to purchase garden hoses which they cut up and attached so vents would work.”

The over-reliance on foreign companies extended to pharmaceutical drugs, Northwell officials said, suggesting this was a serious national security issue.

The hospital network’s strategy to control its future regarding personal protective equipment is just one takeaway from the book, which explores the lessons it learned during the height of the virus outbreak.

Northwell officials said they have been exploring the possibility since May and that there have been ongoing discussions with private manufacturers.

“We’re in talks with a couple of companies. You can’t depend on people overseas for supplies when you are in the middle of a war,” Dowling told The Post on Sunday.

The tome makes 13 recommendations on how to better prepare for a future disaster — one being that the government should abolish or revise existing rules so medical staffers have more flexibility to respond to public health crises.

Fortunately, Northwell officials said, Gov. Andrew Cuomo and federal health officials had this time waived many of regulations and laws, which exempted doctors and hospitals from medical malpractice suits and making it easier to convert space into COVID-treatment units.

Other proposals include protecting the physical and emotional needs of staff, expanding partnerships with other hospital systems across the country and accelerating the movement for tele-health care.

The book treads lightly on the controversy surrounding the 6,500 COVID-19 deaths in New York nursing homes.

“There was too much death in these facilities and we have work to prepare safer congregate environments going forward,” they wrote.

The book also describes how the virus depleted staff. At one point 3,500 workers were quarantined for being infected or exposed to the virus, including more than 20 percent at hard-hit Forest Hills and Valley Stream hospitals.

Northwell said it hired thousands of visiting healthcare professionals and redeployed 2,750 staffers, which included mandatory reassignment, when the worst of the pandemic hit.

The virus also took a financial toll, costing Northwell $1.2 billion in lost revenue and added costs. But the provider said it paid bonuses to front-line workers for their heroic work and said it would worry about the financial reckoning later.

In addition to planning for a future pandemic, the book delves into tales of heroism and hearthbreak from the front lines.

At Lenox Hill Hospital, for example, one nurse played the US Navy band’s version of “The Star Spangled Banner” on her iPhone for relatives of a veteran saying their final goodbyes.

Not everyone was lucky enough to have their family nearby when the moment came.

A worker at Staten Island University Hospital describes in the book how he chose to stay at work instead of making his three-hour trek home to Yonkers just to make sure a patient wouldn’t die alone.

“It’s always going to be with me,” John Baez wrote, “the sadness that she couldn’t have a loved one with her, but I couldn’t let her die alone.”

The book describes how Long Island Jewish Forest Hills was so overwhelmed by the pandemic that 423 COVID patients were transferred to its other hospitals during a four-week period — and 17 people died at the Queens hospital on a single day in March.

In one wrenching episode, a woman with the virus gave birth at LIJ Forest Hills and then died. Her husband succumbed to the virus as well, orphaning their newborn.

“In normal times, that would have been such a tragic story that our teams would have been talking about it and little else for a month,” the book states, “but in the crisis it was just another story.”

“Those on the front lines of the crisis will likely be reckoning with the impact of their experiences, and of the many heartbreaking losses for a long time to come.”