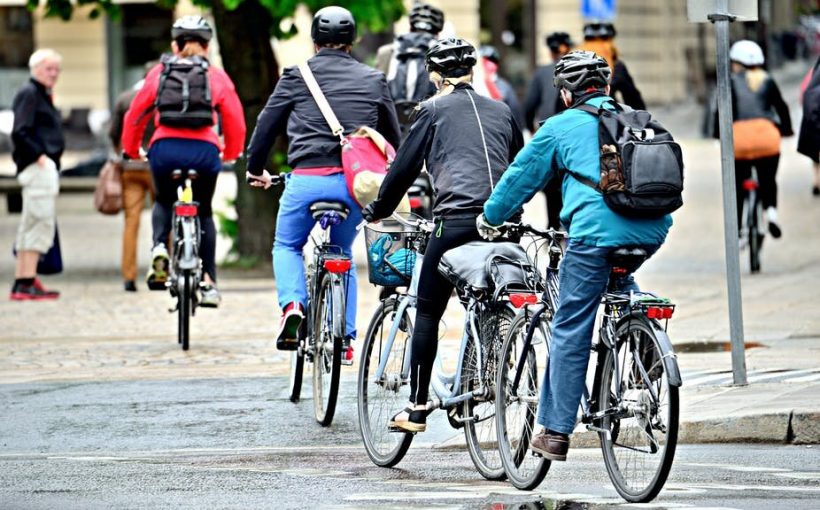 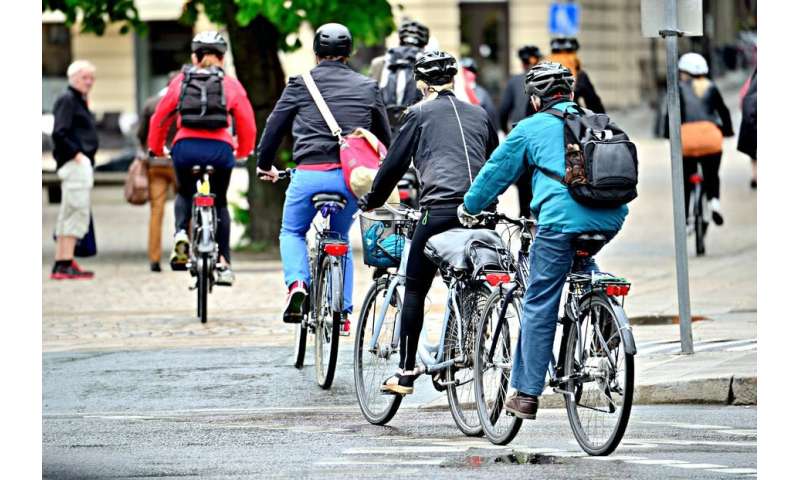 As many countries ease their lockdowns and more people return to work, there’s an effort to limit the use of public transport to avoid further spread of COVID-19. It seems obvious that we should encourage more people to switch to physically active ways of commuting such as walking or cycling where possible, instead of clogging up the roads with more polluting cars.

But active commuting won’t just help limit virus transmission and emissions. Our latest research found that people who walk and cycle to work are at lower risk of death or serious illness compared with those who commute by car.

It’s well established that many people don’t get enough physical activity, and this has been linked to between 3.2 million and 5.3 million deaths a year worldwide. And we know that being physically active leads to many health benefits, including lower risk of heart disease, type 2 diabetes, some cancers and even depression.

An active commute is a major potential source of daily physical activity, which can also include planned exercise and even household activities such as cleaning. But in England and Wales, around 34% of men and 42% of women aren’t active enough, and walking and cycling rates have been declining for four decades. Motor vehicles have also become the most common way to get to work.

Our team used census data from over 300,000 commuters in England and Wales to investigate the health impacts of walking, cycling, getting public transport or driving to work. We followed participants for up to 25 years in order to compare deaths from cardiovascular disease (including heart attack and stroke) and cancer, as well as new diagnoses of cancer. 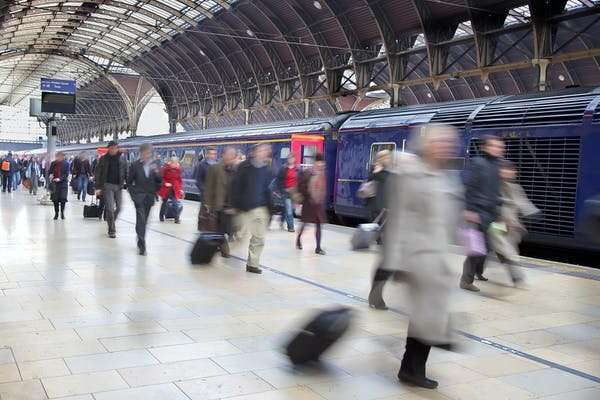 Walking to work was associated with a 7% lower risk of cancer diagnosis compared with driving. However, it was unclear what impact walking to work had on rates of death from cancer and heart disease.

This may be because the people we looked at who walked to work were on average less well off and were more likely to have a long-term illness and this may have countered the positive effects of walking. However, the data may not have had enough detail to fully capture these differences.

Again our data showed that rail commuters also tend to be more well off and less likely to have other underlying health conditions, which might not be fully accounted for in the analyses.

Our research also looked at whether the benefits of active commuting differed between occupations, comparing those in higher managerial or professional positions in more junior or intermediate roles, as well as people who worked manual jobs. We found that the potential health benefits were similar across these groups.

We know that there are inequalities in health and travel patterns between socioeconomic groups. Our study indicates that promoting active travel might lead to positive health benefits regardless of background or occupation.

While many people can not walk or cycle their entire commute, incorporating some active travel into their journey may be beneficial. Many public transport journeys have also been shown to include some walking and cycling, and its use is associated with lower body fat.