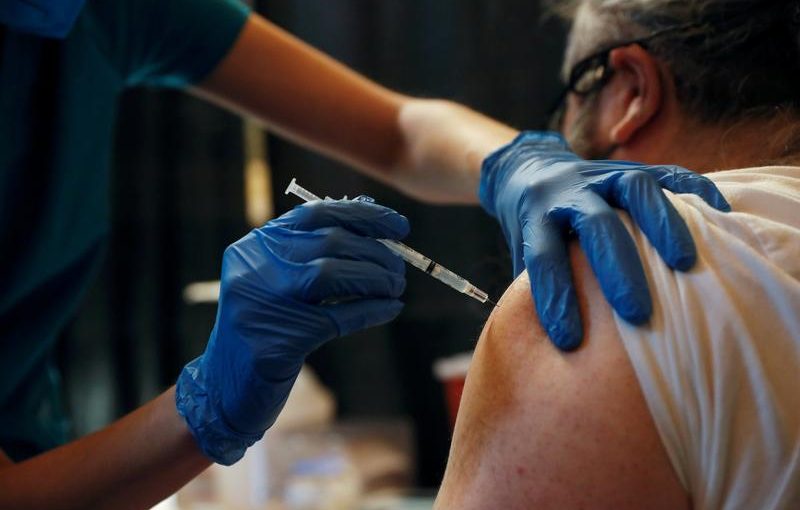 (Reuters) – New York will expand eligibility for the COVID-19 vaccine to people 30 and older on Tuesday, and make it available to anyone 16 and above on April 6, Governor Andrew Cuomo announced on Monday.

New York, which last week lowered the eligibility age for vaccines to 50, was one of just a handful of states not to have set a concrete date for universal eligibility since President Joe Biden called for reaching that goal by May 1.

The move comes amid a surge in COVID-19 cases in New York and neighboring New Jersey, which now rank No. 1 and 2 in new infections per capita among all 50 states, underscoring the pressure to roll out vaccines as quickly as possible.

Biden said on Monday that 90% of all adults in the United States will be eligible for vaccination by April 19.

“Today we take a monumental step forward in the fight to beat COVID,” Cuomo said in a statement. “We can see the light at the end of the tunnel, but until we get there it is more important than ever for each and every New Yorker to wear a mask, socially distance and follow all safety guidelines.”

Aided by supplies of Johnson & Johnson’s one-shot vaccine, the U.S. government has hit the accelerator on shipments, allowing states to finish inoculating priority groups and open shots to all adults in the coming weeks.

Officials from more than half a dozen states including Vermont, Idaho and New Jersey told Reuters that increased vaccine shipments will allow them to accelerate efforts to inoculate the elderly and front-line workers, and in some cases to open shots to all adult residents earlier than expected.

New York, the country’s fourth most populous state, has to date administered more than 9 million total vaccine doses, with 30% of its population receiving at least one dose, Cuomo said in the statement.