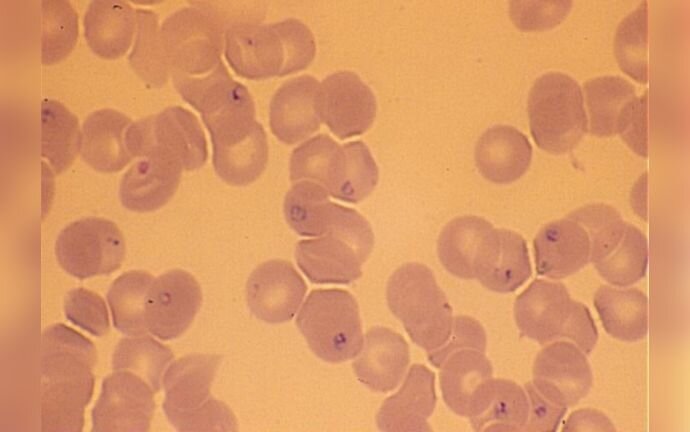 Babesiosis is a rapidly emerging tick-borne disease that threatens unsuspecting victims with moderate to severe illness.

How this infection will be diagnosed and treated by medical professionals in the years to come is outlined in a new Babesiosis Guideline issued today by the Infectious Diseases Society of America (IDSA). This guideline is widely disseminated and is the go-to source for health workers and patients alike throughout the United States and beyond seeking the latest medical information.

Yale School of Public Health Senior Research Scientist Peter Krause, M.D., chaired a committee of 14 medical and health professionals from around the country and three patient representatives and is lead author of the new Guideline. It was last updated in 2006 when the disease was less well recognized.

“A lot of time, effort and research went into creating these guidelines,” said Krause. “This is very useful, accurate, and up-to-date information that will serve doctors and their patients well for years to come. I am very pleased with the outcome.”

Previously, the Babesiosis Guideline was folded into those for the more prevalent and well-known Lyme disease, Human granulocytic anaplasmosis, and Babesiosis Guideline. It is now completely separate, a reflection of the continued emergence and growing worldwide health threat of babesiosis over the past 14 years.

Among the major changes to the ISDA’s Babesiosis Guideline are:

Babesiosis is caused by a parasite that infects red blood cells and is transmitted through a tick bite (the same tick that transmits Lyme disease and other diseases), but can also be acquired through blood transfusion, organ transplantation and perinatally. An infected person typically exhibits high fever, fatigue, chills, sweats, loss of appetite, headache and muscle aches. A little more than a third of patients have no symptoms but others who are immunocompromised may experience severe disease requiring hospital admission that sometimes results in death.

Krause said the IDSA guidelines are designed to help health care workers use appropriate science-based diagnostic and therapeutic tools to optimize care of their patients and to help patients to understand what constitutes appropriate care for given conditions.

“This Guideline is designed to help professionals correctly diagnose and treat the disease, and to share that information with everyone” he said.

Krause also served as a member of the IDSA committee that drafted a new guideline for Lyme disease, along with Yale scientists Linda K. Bockenstedt, M.D., (co-chair) and Lynda E. Rosenfeld, M.D., both of the Yale School of Medicine, and 29 other health professionals, three patient representatives, and one healthcare consumer.

Krause has researched babesiosis (and related Ixodes scapularis-transmitted diseases, including Lyme disease and relapsing fever caused by Borrelia miyamotoi) for the past 30 years. His work includes the epidemiology, pathogenesis, clinical manifestations, diagnosis and treatment of babesiosis.

When he started his babesiosis research, only a few cases had been described and the health burden of this pathogen appeared to be limited. He began by establishing study sites on Block Island, Nantucket, and in Connecticut and then built a large study team that identified and enrolled people experiencing babesiosis and other tick-borne diseases. He has also worked closely with scientists at Yale and several other universities to address gaps in knowledge about babesiosis from a basic science and clinical perspective.

“I am fascinated by this disease and the ecology that shapes its spread, emergence and virulence,” Krause said. “There is a world of science packed in the Babesia organism; the tick- mouse-deer ecological cycle, and the human host.”