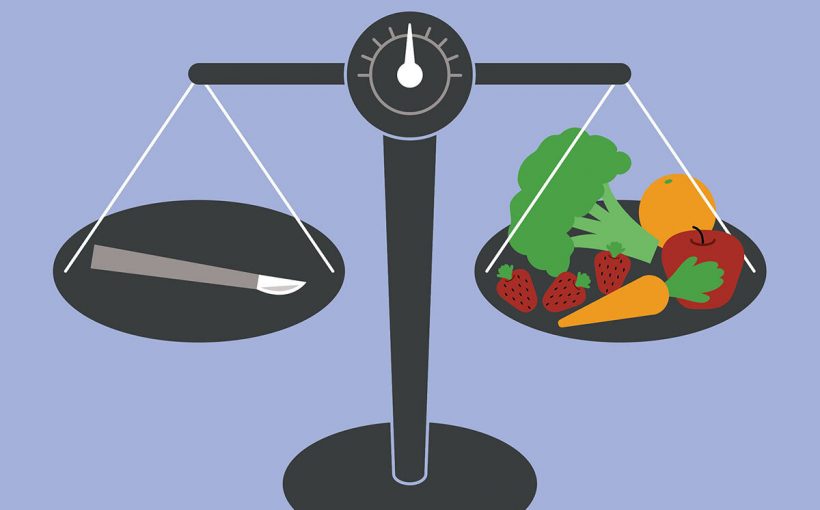 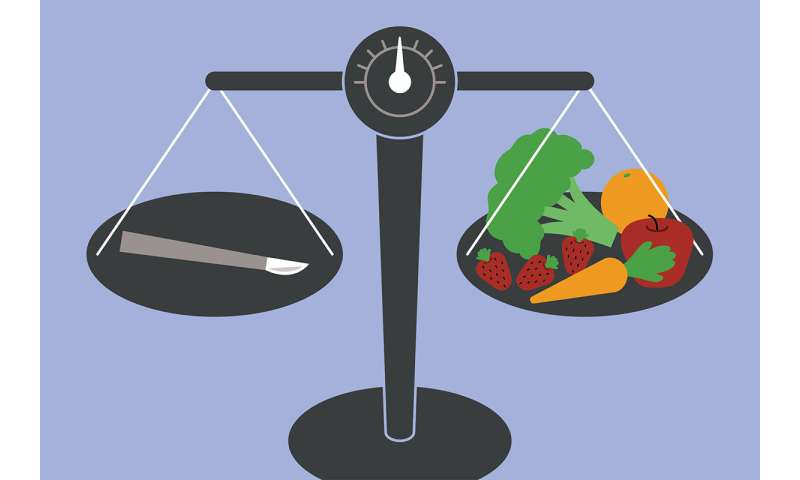 Gastric bypass surgery is the most effective therapy to treat or reverse type 2 diabetes in severely obese patients. Many achieve remission of diabetes following surgery and no longer require diabetes medications. This observation has led to the theory that gastric bypass surgery has unique, weight loss-independent effects in treating diabetes, but this has remained a longstanding question in the field. Now, new research from Washington University School of Medicine in St. Louis indicates that weight loss after surgery, rather than the surgery itself, drives metabolic improvements, such as the remission of diabetes.

The researchers studied severely obese patients with diabetes who had gastric bypass surgery and then lost 18% of their body weight. In a patient who weighs 250 pounds, for example, that would be 45 pounds. The investigators compared those patients with others who also were severely obese with diabetes but had lost the same percentage of body weight through diet alone.

After reaching their weight-loss goals, members of both groups experienced similar improvements in metabolism—such as lower blood sugar levels throughout the day, better insulin action in the liver, muscle and fat tissue, and reductions in the need for insulin and other diabetes medications. Since the group that lost weight through diet alone did just as well as the surgery group, the researchers concluded the improvements were due to weight loss alone, rather than to any physiological changes that resulted from the surgery itself.

The study is published August 20 in The New England Journal of Medicine.

“It has been presumed that gastric bypass surgery has therapeutic, metabolic effects that result in better glucose control and even remission of diabetes beyond the effects expected from weight loss alone,” said principal investigator Samuel Klein, MD, director of Washington University’s Center for Human Nutrition. “But we found gastric bypass surgery improves metabolic function by causing weight loss. There were no differences in the reduction of diabetes medications or in the rate of diabetes remission between surgery patients and those who lost equivalent amounts of weight through diet alone.”

More than 40% of adult Americans are obese, and close to one in 10 is severely obese. Each year more than 250,000 people in the U.S. undergo bariatric surgery to help them lose weight. The gold standard procedure, called Roux-en-Y gastric bypass, has been the most successful operation in terms of total weight loss and long-term maintenance.

In this procedure, surgeons working laparoscopically use part of a patient’s football-size stomach to create a pouch the size of a ping pong ball that is connected directly to the the small intestine, bypassing much of the upper portion of the small intestine. In this study, the gastric bypass procedures were performed by bariatric surgeons, J. Chris Eagon, MD, an associate professor of surgery, and Shaina R. Eckhouse, MD, an assistant professor of surgery.

Klein’s team compared 11 gastric bypass surgery patients who had diabetes with 11 others who had diabetes and achieved equivalent weight loss with diet alone. The average age of patients in the diet group was about 55, while the average in the surgery group was 49. Those in the surgery group lost an average of 51 pounds, while those in the diet group lost an average of 48 pounds. All study patients maintained that weight loss for several weeks before follow-up studies were performed.

Over a 24-hour period, the researchers used sophisticated techniques in a hospital setting to measure study subjects’ metabolic responses to meals. They measured insulin sensitivity in the liver, in fat tissue and in muscle tissue. They also analyzed the response of insulin-secreting beta cells in the pancreas and blood fatty acid concentrations, all of which contribute to the development of type 2 diabetes.

“It has been suggested that weight loss induced by gastric bypass surgery is different from weight loss induced by a low-calorie diet, based on the fact that certain factors—such as increased bile acid concentrations, decreased branched-chain amino acid concentrations and alterations in the gut microbiome—are different in surgery patients and may be responsible for the unique therapeutic effects of gastric bypass surgery,” Klein said. “We found all of those factors were, in fact, different after weight loss in surgery patients than in patients who lost weight through diet alone. Yet those changes were not associated with any physiologically or clinically important metabolic benefits.”

In an accompanying editorial in the journal about the paper, researchers from Tufts University, Harvard University, Massachusetts General Hospital and the University of Maine write that the study “delivers a straightforward and important message for both clinicians and patients—reducing adipose tissue volume, by whatever means, will improve blood glucose control in persons with type 2 diabetes.”

“However, losing 18% of body weight with diet therapy alone is extraordinarily difficult and unrealistic for most people with obesity,” Klein explained. “In contrast, gastric bypass surgery leads to marked and sustained long-term weight loss, which makes it a potent therapy for people with diabetes.”

Klein’s study was focused on the effects of gastric bypass surgery on metabolic function, and did not look at other medical complications associated with obesity.