Home » Health News » Lockdown: Mobile data suggests Europeans may not have followed rules as strictly in the second wave 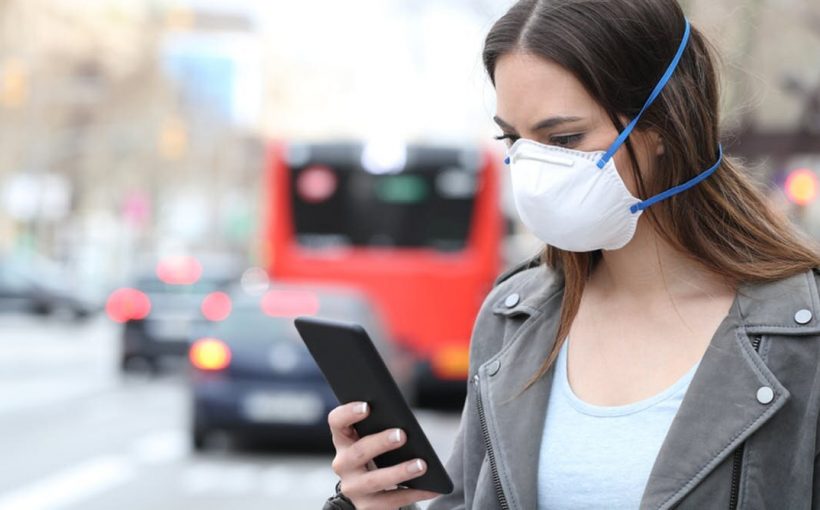 Looking around, it sometimes seems like COVID-19 restrictions aren’t being adhered to like they were a year ago. In the UK, for example, there have been frequent reports of people not following lockdown rules, with sharp rises in the number of penalties issued to rule-breakers in recent months. But is it really the case that people are taking things less seriously?

Last spring, I wrote about how movement data gathered from Google devices might indicate how lockdown compliance had changed over time. With this same dataset, we can now compare different periods of restrictions to get a rough indication of whether adherence is lower now than before.

Of course, this approach is limited. Not everyone uses a Google device, and tracking mobile devices doesn’t definitively show what people’s movements have been. Greater movement also doesn’t necessarily mean people have been breaking the rules. This method provides is a suggestion of how behaviors and attitudes have changed, rather than concrete proof.

Since the beginning of the pandemic, Google has been releasing mobility data gathered from devices using its software (such as Android and Google Maps). Places people visit are broken down into six categories: homes, workplaces, parks, public transport stations, grocery shops and pharmacies, and retail and recreational locations.

For over 200 countries and territories, Google then aggregates visits to each of these location types and compares this to a baseline: January 3 to February 6 2020. As no special events happened during this period, subsequent deviation from the baseline (apart from seasonal trends, like people going to the beach in the summer or shopping before Christmas) can be interpreted as people’s collective response to the pandemic and restrictions.

Using this data, I’ve then compared behaviors in several European countries between mid-February 2020 and late February 2021. As suspected, it appears people haven’t responded as strongly to restrictions in the second wave.

This first graph shows how much time people have spent at home during the pandemic. In most countries, people appear to have stayed at home substantially less during the second wave (late 2020 onwards) than they did in the first (spring 2020). This is especially striking considering case rates have been higher and the weather less inviting in the second wave.

However, not all countries’ measures were as stringent across both waves. Italy, for example, entered a nationwide lockdown in March 2020, shutting all schools and non-essential industry. But when cases rose again in the autumn, it introduced a tiered lockdown system that still allowed some parts of the country certain freedoms. Only now is it moving back to something resembling a full lockdown.

So to make sure that we’re looking at differences in compliance and not in the restrictions themselves, let’s focus on countries whose control measures were similarly restrictive across the first and second waves. The Reuters COVID-19 Tracker suggests that the UK, Denmark, Greece and Ireland fall into this category. Sweden, consistently having very few legally binding restrictions, is added for comparison.

As cases rose last autumn, lockdowns were introduced in the UK, Greece and Ireland. You can see the clear effects of these, with time at home rising sharply in these countries in late October-early November. However, as the Reuters data shows, these countries’ autumn lockdowns tended to be less strict than those seen previously. Schools, for example, tended to be left open. This may explain why stay-at-home rates were lower in autumn 2020 than in spring.

However, after some loosening around Christmas, lockdowns tightened. By January 2021, the strength of measures in these countries was very similar to spring 2020. Yet, time spent at home was still much lower.

In some countries restrictions have actually been stronger this time round. In Greece, for example, a curfew was imposed in the second wave, unlike the first. Still, the data suggests that in February 2021 Greeks spent only about 10% more time at home compared to last February when there were no measures at all.

Among the countries depicted, only Denmark witnessed a peak in stay-at-home hours in the second wave that’s comparable to that in the first. Note that its restrictions intensified later than the other countries, which explains its stay-at-home rate remaining low in November-December 2020.

Altogether, we can perhaps consider these trends a sign of adaptation and fatigue, that nine months into the pandemic, people had got used to bad news and were tired of staying at home. However, what people have been doing when not at home has varied from country to country. Take, for instance, grocery shopping.

In Greece, the data suggests people have been visiting grocery stores a lot in 2021, at times even more than in the pre-pandemic benchmark period. In the UK, Denmark and Ireland people have responded to this year’s restrictions by shopping less, though shop visits have crept up over time.

In these latter three countries, this is perhaps another sign of fatigue, or maybe a response to perceived risk, given that cases fell and vaccine coverage rose in all three over this period (especially in the UK). Of these three, only Denmark appears to have matched its shopping behaviors seen in the first wave.

Finally, let’s look at visits to workplaces. Tougher restrictions after Christmas seem to have reduced the time spent at workplaces, though not as much as in spring 2020.

Note, though, that workplace attendance hasn’t crept up in 2021 in the same way as grocery shopping, particularly in the UK and Ireland. This perhaps suggests something interesting: that people may be more consistent in adhering to restrictions when these are mediated by someone else (their employer) but less so when they alone are in charge.

Remember, mobile data doesn’t provide definitive proof of whether people adhered to restrictions, so any conclusions drawn from it are only tentative. Nevertheless, the data suggests that overall adherence hasn’t been as strong in the second wave as it was in the first, and that it has tailed off over time.

This is important. Facing rising cases, some European countries are now reintroducing lockdowns. Others, such as the UK, have plotted long exits from lockdown that will require citizens to continue following restrictions for months.