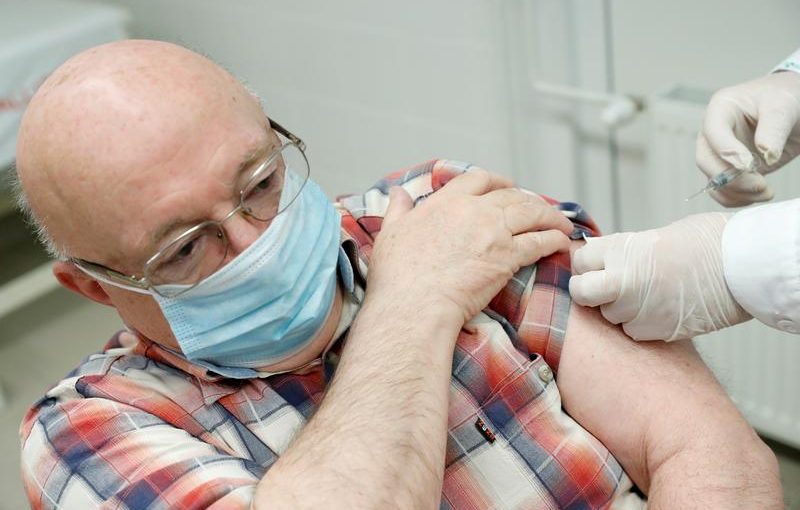 BUDAPEST (Reuters) -Hungary expects to have more than 4 million of its 10 million people vaccinated against COVID-19 by the end of April and to further ease lockdown measures in five or six days, when it has inoculated 3 million people, a senior official said on Thursday.

Prime Minister Viktor Orban’s chief of staff said that 2.6 million people had already received at least one dose as of Thursday.

Hungary began a gradual reopening of shops and services on Wednesday after it inoculated 25% of its population, even as the Hungarian Medical Chamber said the reopening was premature as the third wave of the pandemic was far from over.

Facing an election in 2022 and hoping to avoid another year of recession, nationalist Orban is opening up the economy after accelerating its vaccination campaign.

Hungary has inoculated among the most citizens per capita in the European Union and imported the EU’s highest number of vaccine doses per capita.

But the country has also had the highest daily per capita COVID-19 fatalities in the world for the past few weeks, according to Johns Hopkins University data.

“We hope that by the end of May, when we have inoculated everyone… we will have this terrible period behind us,” Orban’s chief of staff, Gergely Gulyas, told a government briefing.

Gulyas also said Hungary would continue the rollout of the AstraZeneca COVID-19 vaccine as it considered the vaccine safe.

The European Medicines Agency on Wednesday said it found possible links between the AstraZeneca vaccine and rare cases of blood clots among some adult recipients, although it said the vaccine’s advantages still outweighed the risks.

Hungary has been the only EU country to inoculate people with China’s Sinopharm vaccine, after rolling out Russia’s Sputnik V vaccine, although neither has been granted approval for emergency use by the bloc.

The Russian and Chinese shots are being administered along with the Pfizer-BioNTech vaccine and shots developed by Moderna and AstraZeneca, all of which have received the EU green light.