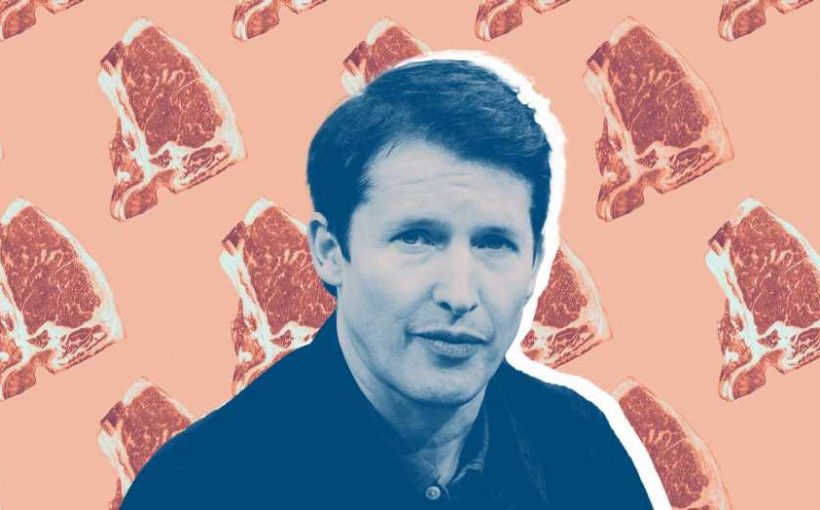 For most people, a change to their diet can help them feel better. But for singer James Blunt, tweaking his eating pattern led to a "very unhealthy" situation.

In a recent interview on singer Jessie Ware’s podcast, Table Manners, the Blunt, now 46, revealed that changing to an all-meat diet for a period of time back in the 1990s led to a diagnosis of scurvy—yes, the disease that's typically associated with sailors from long ago.

The “You’re Beautiful” singer told Ware that during his studies at the University of Bristol in the mid-1990s, where he majored in aerospace manufacturing engineering and sociology, he was surrounded by non-meat eaters—mainly women.

"On the sociology side of things there were 170 girls and only three boys, of which all the girls were vegetarian or vegans,” he explained during the podcast, per the Independent. In order to exert his masculinity, he decided to make a statement with his own diet. “So out of principle I decided I’d become a carnivore and just lived on mince, some chicken, maybe with some mayonnaise.”

But after just two months on his carnivorous diet, his extreme eating patterns began to produce some not-so-great results. “It took me about six to eight weeks to get very unhealthy and see a doctor, who then said, ‘I think you’ve got the symptoms of scurvy.’”

Luckily, the doctor offered an easy solution: upping his intake of a certain vitamin missing from his diet. “[The doctor] said you are really lacking in vitamin C so I took it upon myself to drink orange juice every night—then I nearly developed acid reflux.”

What exactly is scurvy?

Scurvy is an extremely rare disease in the US nowadays (back in the times of Christopher Columbus, Vasco de Gama, and Magellan, however, the disease was vey common, killing an estimated two million sailors between the years 1500 and 1800, according to Atlas Obscura).

According to the Genetic and Rare Diseases Information Center (GARD), scurvy is essentially a vitamin C deficiency, and occurs when someone doesn't get enough of the nutrient. But while the disease isn't common in the US, it is still unfortunately a problem in malnourished populations worldwide.

Your vitamin C levels aren't anything to play with—according to Cynthia Sass, MPH, RD, contributing nutrition editor for Health, your body doesn't necessarily keep a lot of vitamin C at the ready for you. "There is very little storage of vitamin C in the body, so the vitamin C pool can become depleted 4–12 weeks after vitamin C is eliminated from the diet," she says. You also get most of your vitamin C from fruits and vegetables—about 90%, Sass says. "Not eating foods that provide vitamin C is the most frequent cause of deficiency," she says, adding that alcoholism, smoking, and having an eating disorder are also potential risk factors.

The earliest signs of scurvy include weakness, fatigue, and aching limbs, per the GARD—but after about three months of vitamin C deficiency, more serious symptoms like anemia, gum disease, and skin hemorrhages can crop up. Other symptoms can include poor wound healing, red spots and discoloration of the skin, and skin thickening, Sass says.

Luckily, treatment for scurvy is pretty straightforward: "Scurvy is treated with vitamin C repletion by mouth, intramuscular, or intravenously," Artur Viana, MD, clinical director, Metabolic Health & Weight Loss Program at Yale Medicine, tells Health. Once treated, there is usually no permanent damage due to scurvy, except in the case of severe dental disease.

What other health issues are related to all-meat diets?

In cases of extreme diets—like Blunt's foray into the world of a carnivore-like diet—scurvy isn't the only health issue you may face. "An all meat diet deprives the body of not just vitamin C, but a variety of other vital nutrients, as well as fiber, and antioxidants,” Sass says. “The human body needs far more than just the protein and minerals found in meat, and if you rob your body of nutrients that meat does not supply you can experience symptoms of deficiency and dysfunction that lead to a wide range of health problems.”

Also important: "Besides harming your own health, an “all-meat” diet can harm the planet due to its associated greenhouse gas emissions," Jackie Newgent, RDN, culinary nutritionist and author of The Clean & Simple Diabetes Cookbook, tells Health.

Overall, Sass, Newgent, and Dr. Viana all agree that the best type of diet is one that includes all major food groups and a variety of protein-rich foods (yes, like meat), veggies, fruits, and grains. Building a good diet is like building a house, says Sass, who compares an all-meat diet to building a house from wood alone. "You also need metal, concrete, glass, and other raw materials, to make it complete," she says, "and the right energy sources and maintenance to make it fully functional."