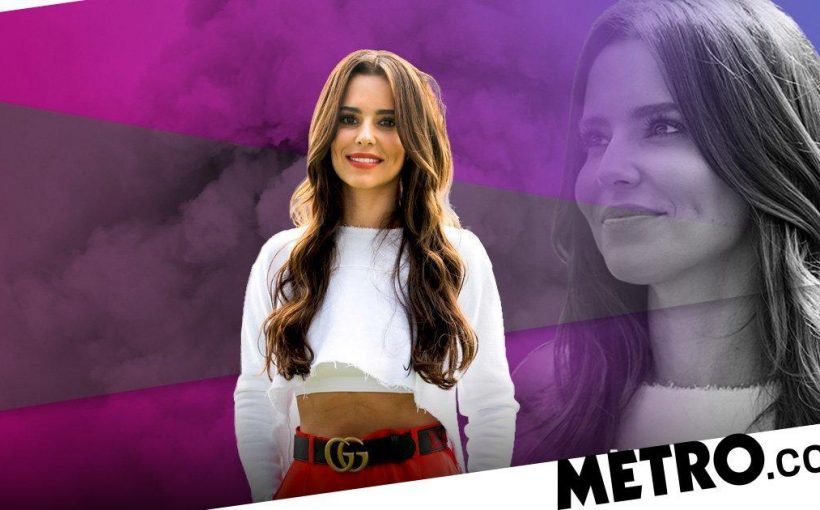 Popstar, dancer and TV judge Cheryl has revealed that she follows a ridiculously intense daily workout regime in order to maintain her lean figure.

The former Girls Aloud star says she downs celery juice at 7am on an empty stomach, then turns up her radiators to do a hot yoga routine in 90 degree heat for an hour, and she does this four times a week.

Speaking to The Sun, Cheryl said: ‘I am one of those people who can’t do basic yoga, it’s too boring – I have to do the extreme heat where somebody can potentially die, or you feel like you’re dying.

‘I do the routine at home. I literally have four heaters and two humidifiers, it’s not for the faint-hearted, honestly I am an extremist.

Cheryl might be happy with the results, and she certainly looks amazing – but is it safe? Should we really be putting ourselves through a grueling hot yoga session fuelled only be celery juice?

The experts think not.

‘In a studio, for Bikram yoga or another kind of hot fitness, you have knowledgeable people to help you if you are doing things unsafe – turning up the radiators and trying it in your own home leaves you at risk of hurting yourself,’ she tells us.

Ben Haldon, head coach at My Coach School agrees with Mollie and thinks exercising in the heat might not even be the most effective strategy:

‘Exercising in extreme heat can be dangerous due to raising the bodies core temperature, causing exhaustion, dehydration and decreased performance in exercises,’ says Ben.

‘This ultimately would result in less calories burned and less fat lost due to your energy expenditure being decreased by self inflicted heat.

What are the risks of extreme heat workouts?

Heat exhaustion can cause the following symptoms:

Exercising in the heat can also lead to dehydration, which can be extremely dangerous.

To combat dehydration make sure you drink enough fluids throughout the day to stay hydrated, and enjoy water-rich foods before and after exercise.

‘The only reason you may see a sudden weight loss will be due to the water retention lost, which will be regained after a bottle of the good old H20.

‘Cheryl would be best off sticking to the basics, committing to something more sustainable and saving herself on the heating bill.

‘I can’t help but think people will be sitting in front of Corrie now with the central heating on full blast in order to look like Cheryl. These type of fads need to be squashed.’

Simon Lord is a trainer who specialises in working with clients with health conditions, he was keen to reiterate the dangers of exercising in extreme heat – particularly when you’re alone.

‘That degree of heat while exercising intensely is dangerous,’ says Simon.

‘There is the potential for heat stroke, dehydration and hallucinations, particularly if it’s done alone.

‘Dehydration won’t tone the skin – in fact it will do the absolute reverse. It can cause the kidneys stress and seriously affect the body’s salts/minerals balance – none of this is worth it for a specific body appearance.’

And as for the celery juice – it might not be dangerous, but according to the experts it isn’t going to do much good either.

Cheryl claims the daily drink ‘gets rid of all the pathogens’ in her body, but Mollie is skeptical about that.

‘I don’t think celery smoothies is bad for you but I doubt it washed away pathogens. Water would do the same,’ explains Mollie.

‘Celery barely has calories, so it is not good as a meal.’

We have previously debunked the alleged health benefits of celery juice, and found drinking the innocuous liquid won’t do you any harm, but the ‘healing powers’ and removal of pathogens claimed by some is likely nothing but pseudo-science.

And trying to do a rigorous workout on nothing but liquefied salad probably isn’t going to leave you feeling brilliant.

Mollie thinks it’s really important for people to have an understanding of context when celebrities like Cheryl talk about their diet and fitness regimes.

‘People need to remember Cheryl has the unlimited time and the financial resources needed to achieve a six pack,’ says Mollie.

‘Everyone has a six pack, but to see it you need to have low body fat, which simply means changing your eating habits for most people.

‘Plus, Cheryl has recently had a baby, and for all new mothers, your post-baby your body needs time to heal, depending on how your birth went.’

So the fitness experts seem to agree that Cheryl’s routine probably isn’t safe for you to try at home.

It’s important to remember to speak to your doctor before trying any new fitness regime, particularly an extreme one – and be kind to your body, particularly if you have recently had a baby.