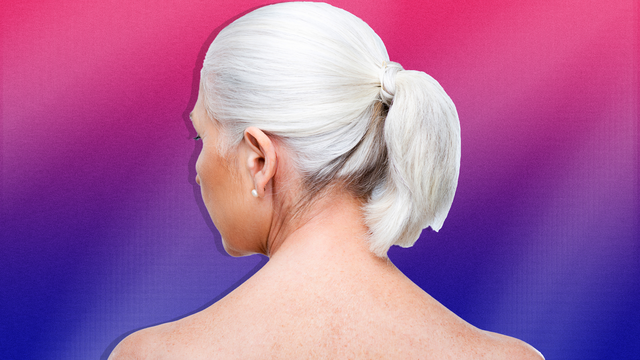 In the outside world, the reaction to my gray was decidedly less nuanced. Overnight I had forsaken my ability to turn heads and invite the male gaze (albeit there was no shortage to the female gaze). No longer being gawked at by strangers should come as a relief. I guess it’s a case of not knowing your power until you are suddenly without it. Overnight “miss” became “ma’am.” On the subway, I shook my head with such ferocity at the young man who offered me a seat, he stumbled backward. Overnight, I had set foot in this strange limbo in which I was too young to warrant a seniors’ discount pass, yet too old to be truly seen or heard, let alone taken seriously.

If gray hair marks the end of attention, it also marks an end to the exhaustion. An end to the expense. No more dyeing, I vowed, no more lying. The decision should have felt liberating. Instead, it felt lonely. Women much older than me continued to flock to the salon with religious devotion. Not limiting themselves to hair color, they waxed, threaded, filled, and performed a plethora of other closed-door rituals and enhancements I couldn’t fathom. Still, the feeling was of being kicked out of a sorority or a cult of girly girls.